Backcountry skiing is the fastest growing segment of the snowsport industry, but are people ready to accept their responsibilities when they step beyond the boundary? This is the question posed in “Pushing the Boundaries”, the latest in Whistler Blackcomb’s Big Picture documentary series.

The film features Keith Reid, internationally recognized ACMG/IFMGA mountain guide, two term past President of the ACMG, and lead guide for Extremely Canadian Backcountry Adventures in Whistler. We sat down with Keith to get an insider’s look at the state of backcountry recreation, and the issues surrounding its growing popularity. 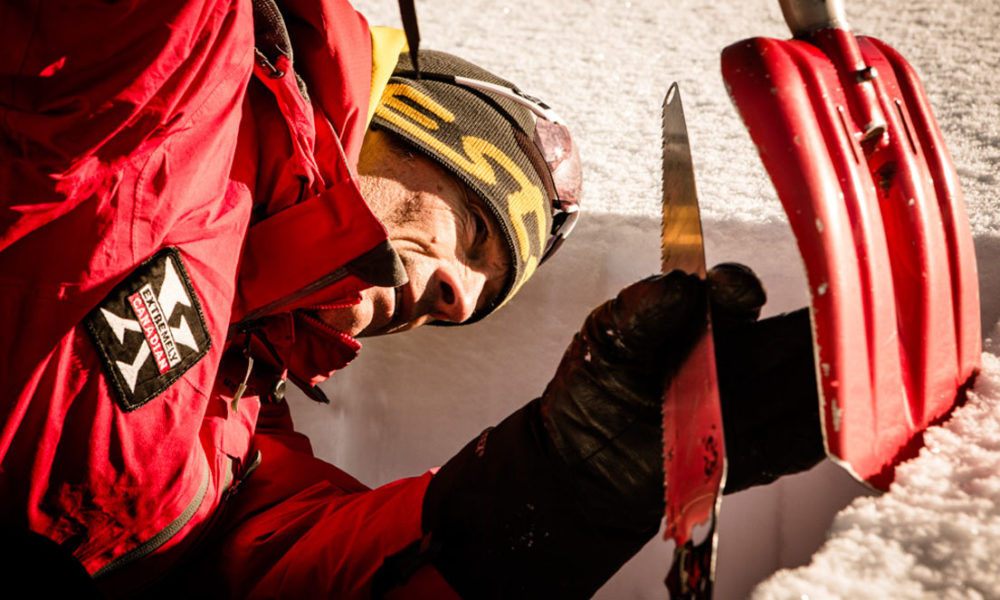 Let’s talk about the big question posed in the film. Is the pull of the backcountry pushing our limits?
To a certain degree, yes, but I’d rephrase it. I think it really challenges most people’s abilities. It definitely reaches and extends beyond some people’s ability, but I don’t think we’re reaching our limit, to the extent of what people can achieve and what conditions they can travel in. I think we’re learning quite rapidly what it takes to be safe in the backcountry, and I also think that the realization of the consequences and people’s attitudes to developing those skills have definitely changed for the better.

So you’re seeing people’s attitudes about the backcountry being less cavalier.
Definitely. That was one of the statements in the documentary, and it’s really true, in the past you’d go into a bar, and there was always someone bragging about what they did in the backcountry. And you do see that now on occasion, but you hear it less and less. And you hear more people questioning reckless action, like, “Wow, you went skiing today?” They’re not thinking like, “Whoa, you’re hot, you really know what you’re doing.” They’re probably thinking, “Man, you should really take more heed of what’s going on around you.” It’s a good example of what we’re seeing. What’s now considered a really awesome achievement isn’t always the steepest line on the mountain; it’s the most reasonable line on the mountain. 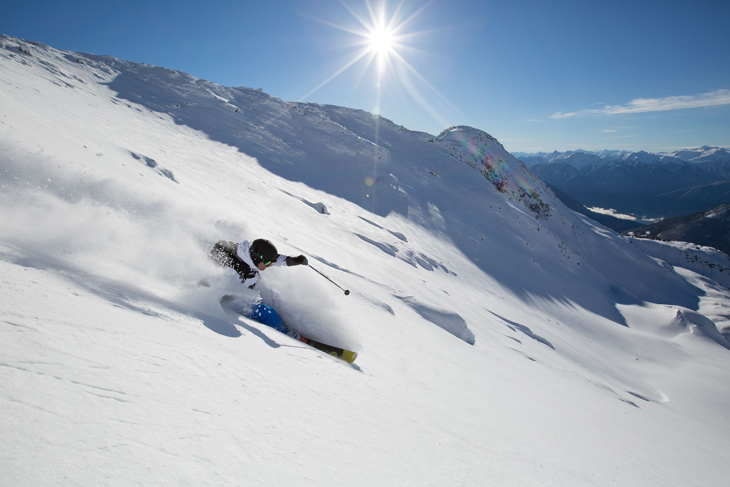 Why do you think backcountry skiing is becoming so popular?
There’s no single answer to that; there’s a whole pot of variables. But credit needs to go where credit’s due: it’s a wicked environment. The terrain is a much larger scale, and it’s largely untracked. You pretty much have the place to yourself. So the realization of that environment, I still feel is there is the key draw. But there are a lot of things that accompany that. Adventure is cool these days. Having adventure in your recreation is the norm; it’s the trend. It’s what people do now. And you can’t ignore the advancement in equipment.

“As the pressure grows, how people manage and experience the terrain grows with it. I think you’re going to see more people less concerned with skiing powder and more interested in achieving a bigger backcountry goal.”

What role does the media play?
If you look at a Warren Miller film from back in the day, the memorable part of the film will be all the guys getting off the chairlift, getting tangled up and beginners running into each other on the hill. But if you look at a ski film nowadays, there’s none of that. It’s all guys skiing stuff you’d probably never dream of. It’s all guys skiing huge, steep lines, which is an absolute advertisement for the new trend in skiing, and what you can do in the backcountry.

Does media share a lot of responsibility for backcountry safety? We see these big lines, but we don’t often see the prep work and education that goes into it, or see skiers or snowboarders turning away from risky situations. Is that a concern?
For sure it is, but it’s not carte blanche. There are good films that show skiers not just appearing at the top of a mountain, but also walking up it, and that kind of helps. And a lot of times the point they’re trying to get across is these guys often do say no. There’s more of that decision making creeping into the films. I think it’s changing a little bit. I think watching someone ski a big, dangerous line and come close to death is not really that interesting to people anymore. They want to see really amazing skiing, but also a bit of a spiritual take on adventure.

“I think watching someone ski a big, dangerous line and come close to death is not really that interesting to people anymore. They want to see really amazing skiing, but also a bit of a spiritual take on adventure.”

And social media, how much responsibility is on the pro skier’s shoulders?
If you’re a politician, you have to act like a well-behaved guy. And in the same sense, if you’re a professional skier or snowboarder, you have to lead by example. I think for the most part, social media is a tone of what’s going on out there. And of course you see things that make you go, “Wow, I can’t believe you did that.” But you also get the other side, where you see it creeping in, and you see people taking training programs, or talking about their decisions, or their mistakes and near misses. I actually see social media as helping the cause. 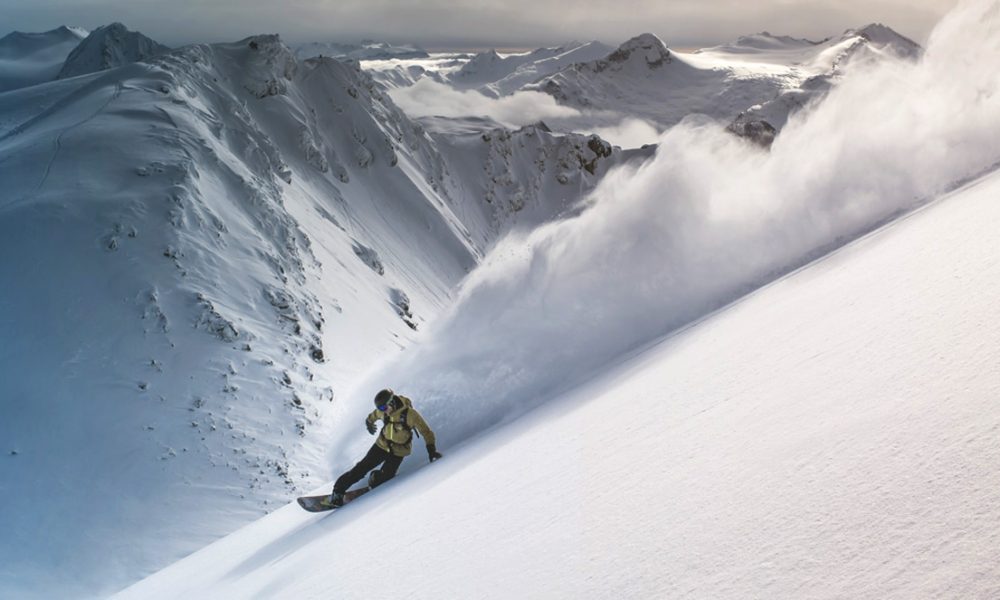 Is avalanche training accessible enough, in terms of availability and cost? I know Whistler Blackcomb does free avalanche tours, as well as on-site training courses, is this something you’d like to see expanded?
I really do think avalanche education is quite a challenge. I’m always conscious to not over hype avalanche safety training, in the sense that avalanches aren’t the only thing that can get you into trouble out there. There are navigational issues, general decision making, equipment issues—these things are covered to an extent in training courses. There are well over 5,000 people taking avalanche safety training in BC every year, and while there are weekends where training providers are maxed out and have to turn people away, generally they are pretty accommodating. But it’s a complex world out there. It takes more than a three-day course to become safe in the backcountry. You need to accompany that with good judgment, and that only comes from experience and time. But your basic weekend avalanche safety course is a really important baseline.

“A good chunk of people getting into avalanche trouble are going up, just as much as going down.”

What are some of the bigger mistakes you see people make when it comes to backcountry?
Something as simple as not checking the avalanche bulletin. A lot of people get out there, and they ask me as a guide, “How’s it looking, what are you seeing out there?” Which is a great thing to ask, and by all means I do my best to answer, but your baseline is to look at the bulletin. If you haven’t even looked at the bulletin, in my mind, you really shouldn’t be out there. It’s really important to communicate while you’re out there, but it really needs to start before you go. It’s important to start forming a good, consistent decision making process and develop good habits. Also, the common mistakes don’t just relate to going downhill, they relate to going uphill as well. A good chunk of people getting into avalanche trouble are going up, just as much as going down. You’re going up through avalanche terrain as well. We see a lot of really scary uptracks. And while it’s good to look at where other people have gone to see how the snow’s reacted, it’s good first hand information, but just because someone else before you didn’t trigger an avalanche, it doesn’t mean it’s not a problem. You can’t base your decision solely on what everyone else around you is doing. 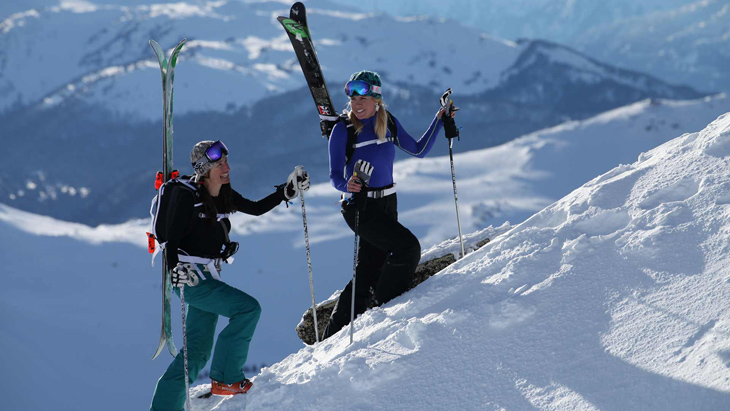 If we see the numbers of backcountry users continue to climb, are we going to see an enormous amount of pressure on these areas? Are we going to hit capacity?
I think to some degree. Terrain has a capacity in areas with really easy access. The more accessible areas, it doesn’t take long for them to get tracked out. And it’s happening faster and faster these days. It doesn’t mean we’ve reached our backcountry capacity, it just means we’ll need to reach out to different areas. And that’s what we’re seeing, people getting faster on better gear and traveling further. We’re seeing people first venturing into the backcountry because they want to ski something they never have before, they want that adventure, and want to really ski a powder run. Then they realize that they have to go further to get the same thing, and that translates to more adventure touring, so you’re seeing more traverses and deeper backcountry. So as the pressure grows, how people manage and experience the terrain grows with it. I think you’re going to see more people less concerned with skiing powder and more interested in achieving a bigger backcountry goal. 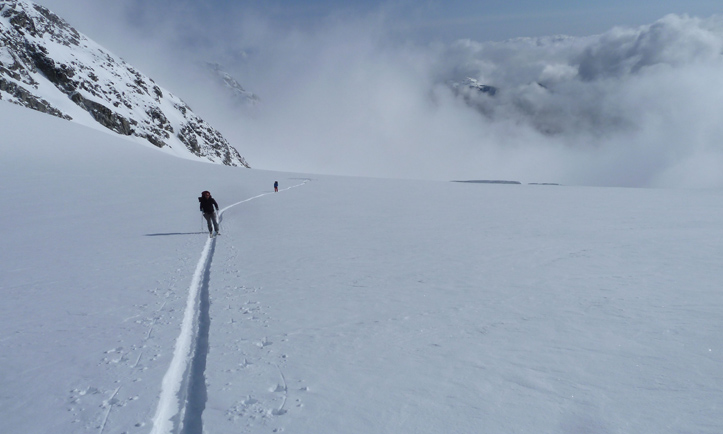