For the second year in a row, Salomon TV asked its fans: What is your Freeski Dream Trip? Canadian Tim Loch was lucky enough to be chosen from 5,000 applicants. His dream trip? The Powder Highway in BC with Mike Douglas, Cody Townsend and Chris Rubens. 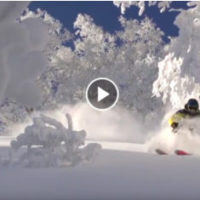 SALOMON FREESKI TV EPISODE 2: DREAM TRIP
For three weeks in December, Salomon Freeski TV viewers were given the chance to win their ultimate freeski dream trip. The contest was simple: tell Freeski TV where you would go and who would you would want to go with… Watch video