According to the Associated Press, authorities are looking for a man believed to have donned a bear costume to harass a sow and two cubs feeding in an Alaskan River. 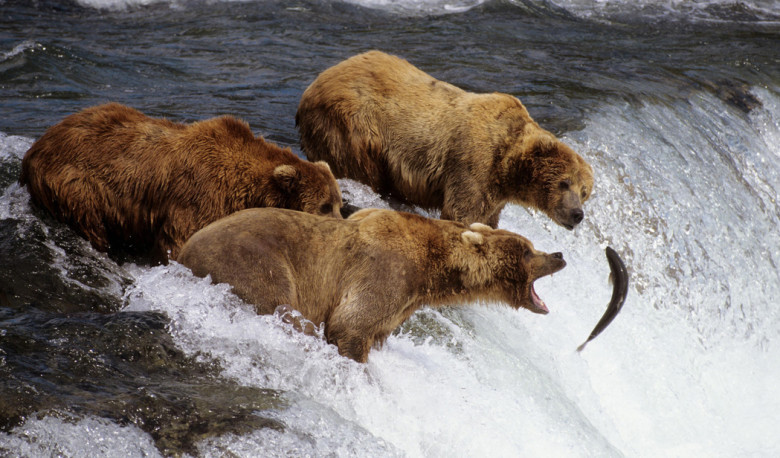 The incident happened Monday on the Chilkoot River near Haines and authorities can’t say why the man pulled the stunt in front of a crowd of onlookers observing the bears from a distance.

According to reports, the man started jumping up while waving his arms and got within 3 meters of the cubs before an Alaska Fish and Game technician was able to move the sow away.

The man then got into his vehicle, still wearing the costume, and drove off.

“As you can imagine, that’s a really dangerous thing for the guy to do,” Carl Koch of the Alaska Department of Fish and Game told Reuters.