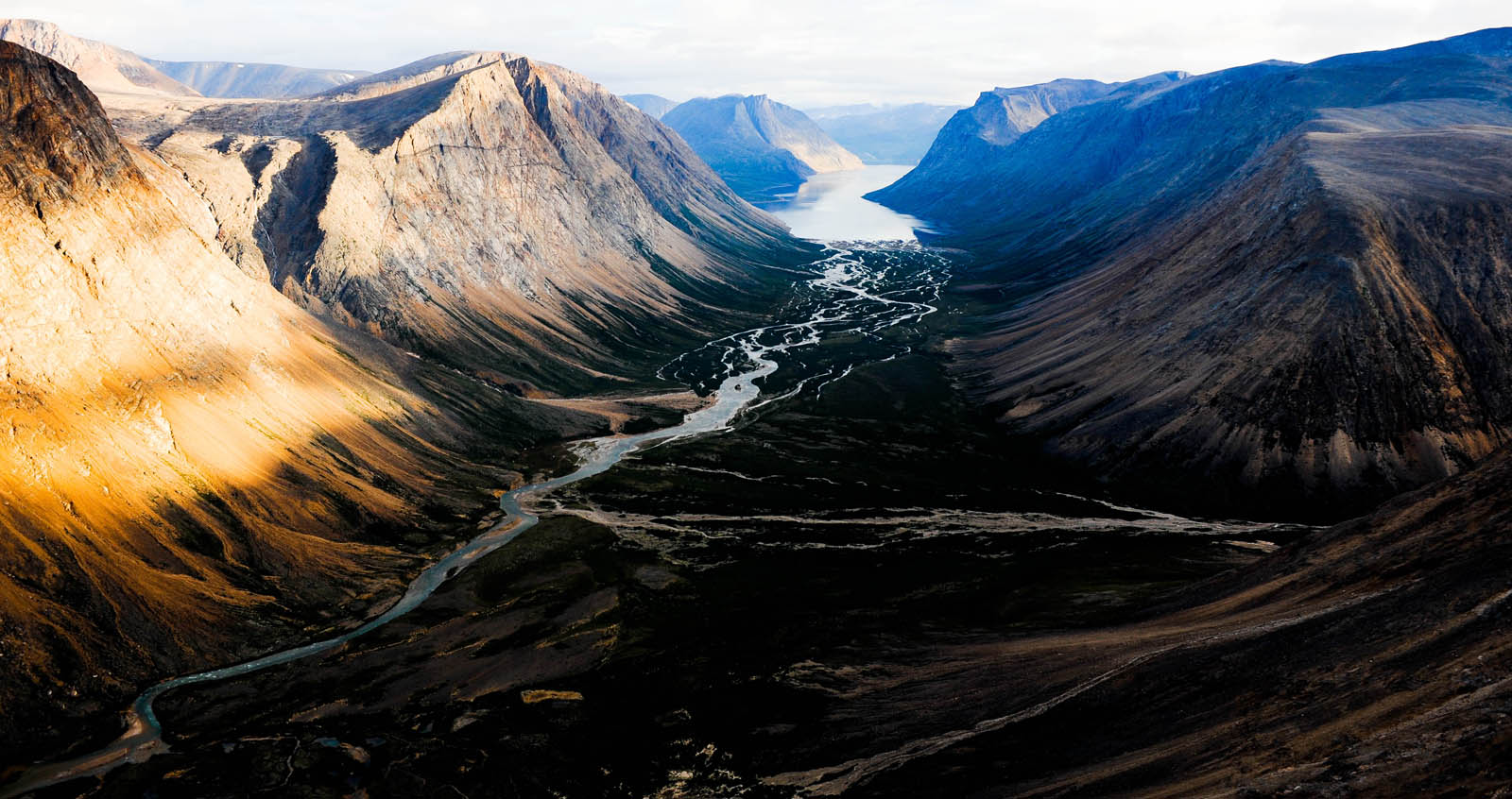 A Window into Summer in the Torngats

Photographer Glen Harris and writer Norie Quintos recently returned from a visit to Canada’s Torngat Mountains National Park, in northern Labrador and Quebec. One of the most rugged and remote of the parks (see our Torngat kayaking first descent story), it nevertheless remains relatively accessible to visitors from the comfortable Torngat Mountain Base Camp just outside the park boundaries.

Hike the mountains barren of trees but not of life; boat the seas and fjords filled with whale and seals and swimming polar bear; walk the fields carpeted with berries; speak with the Inuit who call this land home; and feel the spirits that give the Torngats their name.

Rock and water and sky combine in endless forms to create the art of the Torngats. Some mineral deposits found here are some of the oldest on Earth, dating back four billion years. Aboriginal peoples, the ancestors of the Inuit, have hunted and gathered in this area for millennia. Gifted to Canada by the Inuit following a successful land claim in 2005, the park is managed cooperatively.

Arctic char is the king of fish in these parts, a relative of the salmon that thrives in colder waters. Delicious any way you have it, whether baked, pan fried, smoked, or raw. Elias Harris and John Anderson, staff at Torngat Mountains Base Camp and Research Station, head back to camp after checking the nets. (They hauled up more than a dozen char.) Fishing and seal hunting—permitted outside the park and for subsistence purposes to the Inuit inside the park—remain a way of life for the modern Inuit.

The summer light is long and lovely in the sub-Arctic. Visitors to the Torngat Mountains Base Camp and Research Station stay in a variety of accommodations including space-agey domes, large canvas tents, and basic camping tents. No cell service or Internet at camp (except for an emergency satellite phone), though there is light and heat, powered by solar when possible, propane when not. The washroom is a short walk away.

What to do when there’s nowhere to go, nothing to binge-watch, no one to text, and it’s cold and rainy out? Play Inuit games of strength and agility. Here, visitor Clay Mitchell hits a target in the one-legged high kick. Besides travelers and research scientists, the camp brings in Inuit elders and youth for cultural exchange. The lively mix sparks conversations and insights.

If the night is clear, look up for a show of mind-blowing proportions. Absent light pollution, a million stars are visible. Absent trees and tall buildings, the entire sky is the stage for the aurora borealis, when electrically charged particles from the sun collide with the Earth’s atmosphere above the North Pole.

John Jararuse, a resident of the abandoned town of Hebron, shares memories of the once thriving community established by German Moravians, a Protestant sect, in the 1830s. Fifty-seven years ago, the government, with the collusion of the Moravian Church, decided to stop services and forcibly relocated residents to more southerly locations. Promised aid and support never came. The wounds of the dispersed people persist in the next generation. But healing has begun. Hebron was named a National Historic Site. The buildings are in the process of restoration.

Glen Harris is the founder/publisher of Mountain Life. Norie Quintos is an editor at large at National Geographic Traveler and a media consultant. See more of her work at www.noriequintos.com and follow her on Instagram and Twitter @noriecicerone.