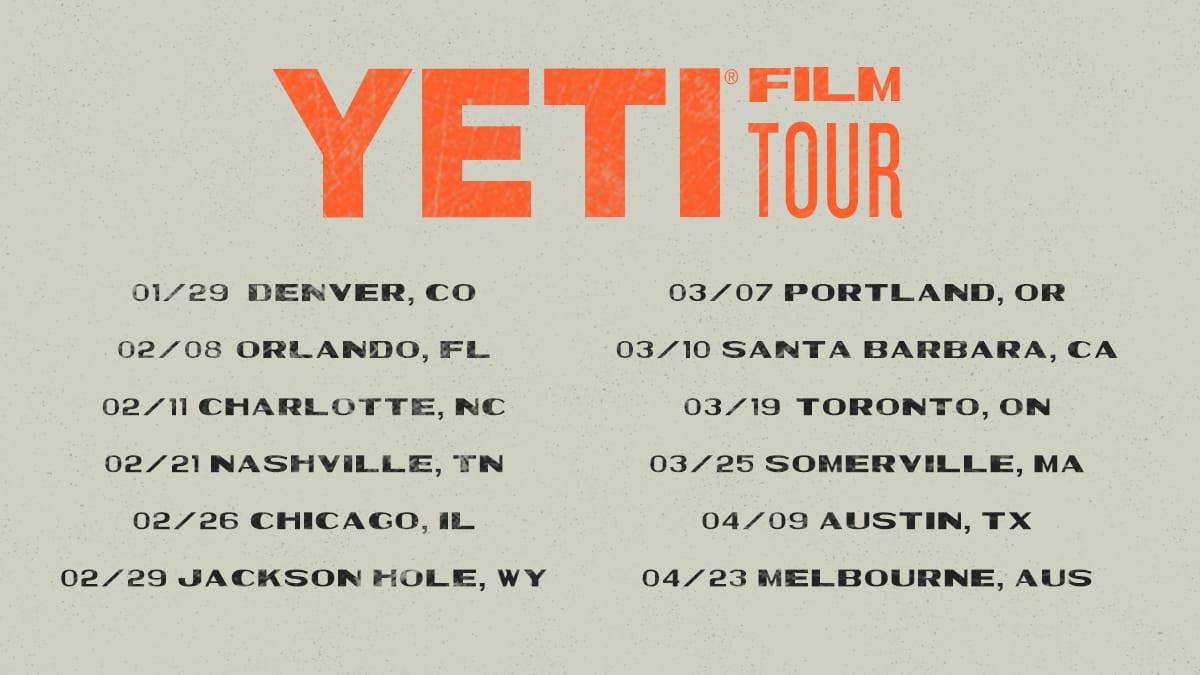 For the past few years, YETI has been putting out some of the best online content you’ll ever see a cooler company make—and now, they’ve taken it one step further. Attend the film tour and you’ll get a lineup of eye-opening films along with a custom YETI Rambler, all for somewhere between $25-40 USD.

With a handful of stops already in the bag, the tour has six more stops and plenty of films you won’t want to miss. Check out the stops above, and below we’ve previews some of the awesome videos you’ll want to catch.

Jimmy Chin has completed some of the world’s most groundbreaking climbs, won an Oscar, and survived a massive avalanche. One thing he hasn’t done yet? Get barrelled. Follow along as Chin and a team of surfers attempt to help him accomplish his lifelong dream.

What do you get when you put together one of Nepali’s female mountaineers and a punk-rock artist from Katmandu? What started out as a film about female empowerment turned into much, much more with a duo that you won’t soon forget.

Head over to the YETI website to learn more about the full lineup and how to get your tickets. —ML