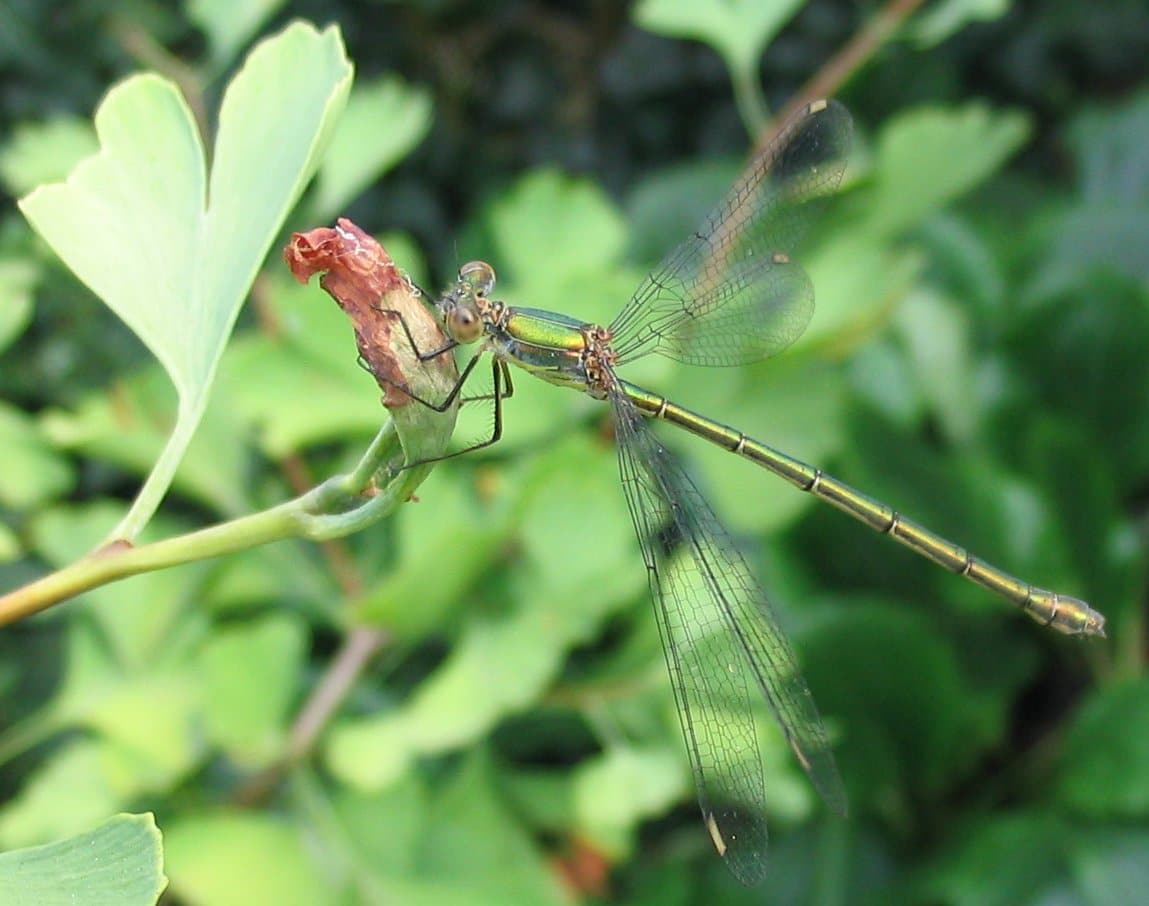 The Ginkgo and the Dragonfly: Nature’s Resilience Decoded

Most of us are travelling less these days, even within our own county or province. For me, this means retreading already well-trodden trails—and stumbling over unexpected revelations.

Last spring, on a close-to-home stretch of trail I had hiked at least once a week for months, I encountered two pieces of the natural world—a ginkgo tree and a dragonfly—that at a glance appeared unrelated. But together they point toward the regeneration we need to emerge from global catastrophe.

There is nothing extraordinary about a non-native tree such as the ginkgo thriving in northeastern North America, where it’s commonly planted as an ornamental. But it is rarer to see one embedded in a Great Lakes–St. Lawrence forest, where it must coexist with taller competitors who have the advantages of native species long-acclimatized to the good life here.

Our native species have nothing on the ginkgo’s acclimatization, as it turns out.

Ginkgo biloba is the world’s oldest tree in the sense that we can trace it back to similar fossil specimens going back at least 200 million years. With its unmistakable fan-shaped leaves and malodorous seeds—both prized for thousands of years for health-giving properties—this tree is the ultimate adaptor. It has outlived countless floral and faunal contemporaries, including dinosaurs.

I discovered the ginkgo when I spotted a large dragonfly winging towards it. I’ve always found dragonflies fascinating—I think of them as crack pilots on never-ending stealth missions. When I was a child, my father explained that mosquitoes make up a significant portion of the dragonfly diet, and since that time I’ve felt they were my grim-faced allies taking out enemy bugs.

They’ve been flying their predatory raids for a long time. The dragonfly parallels the ginkgo’s primordial lineage, appearing simultaneously in the fossil record, during the Paleozoic era. Together they’ve survived through a pace and degree of change impossible for us to fully comprehend, while themselves remaining remarkably unchanged.

The ginkgo’s knack for survival (and longevity) may lie in its genetic resistance to pollutants (which is why it is so widely planted in cities around the world). The dragonfly’s knack is on full display: its perfect four-winged multi-directional flight control, long the envy of aircraft engineers. The field of biomechanics is beginning to catch up to the dragonfly. NASA’s Dragonfly drone, currently under development for a 2027 mission to look for life on Saturn’s largest moon, Titan, takes its basic flight apparatus design directly from the insect.

We’ve heard a lot about resilience lately as we haltingly emerge from lockdowns. But the pandemic has revealed that humanity’s standard commercial-industrial interaction with nature—thoughtlessly taking more than we need without attempting to replace or otherwise rehabilitate—ultimately weakens us. If left unchecked, our atomistic approach to consumption, combined with overpopulation, will eventually lead to a collapse of earth’s systems, particularly the biosphere. Luckily for us, and evidenced by the ginkgo and the dragonfly, nature typifies long-term resilience. And it cultivates this epochal mastery quite independent of us.

On a mundane length of trail one might easily assume has little new to reveal, we can plainly observe and take inspiration from this genius for survival. And this quality must be inherent in wild places everywhere on earth, if given space to thrive. It’s up to us to provide this space.