Two classic but modest buildings—a chalet and a beach house—pull the ski history of the Blue Mountains together. Words & photos :: Kristin Schnelten.

Jake Robbins was, by all accounts, a true ski pioneer. He lived and breathed skiing and ski racing, sharing his passion with generations of skiers—at the Don Valley Ski Centre he created and operated (including implementing one of the first snowmaking systems in the country) and at Osler Bluff Ski Club, where his tireless commitment to the sport continued through his final race at the age of 94.

As one of the founding members at Osler, Jake and a local farmer designed and constructed the first family ski chalet at its base in 1956. A small, classic cabin with the curved eaves of a traditional Quebec home, the roofline paid homage to the couple’s love of Mont Tremblant. Its interior was a nod to the Finnish upbringing of his wife, acclaimed ski instructor Geri (nee Salmi).

Initially built with basic accommodations—a living area, small kitchen, bunk room, washroom and ladder-accessed sleeping loft—its footprint expanded over the decades to accommodate Jake and Geri’s growing family and their mountains of medals, trophies and race photos. After a series of additions, including lifting the entire structure to add a basement, daughter Lynda Read fittingly refers to it as “the little chalet that grew.”

Both Jake and Geri passed away this spring, and as their offspring sorted through their belongings, they discovered mementos of the distant past, including black-and-white photos of an era long gone: the glamorous but physically intense ski culture of the ‘40s and ‘50s, when two layers of wool were enough to keep you warm and a 2-km trudge from the ski train to the base of Blue was an easy warm-up for a full day on the hill. 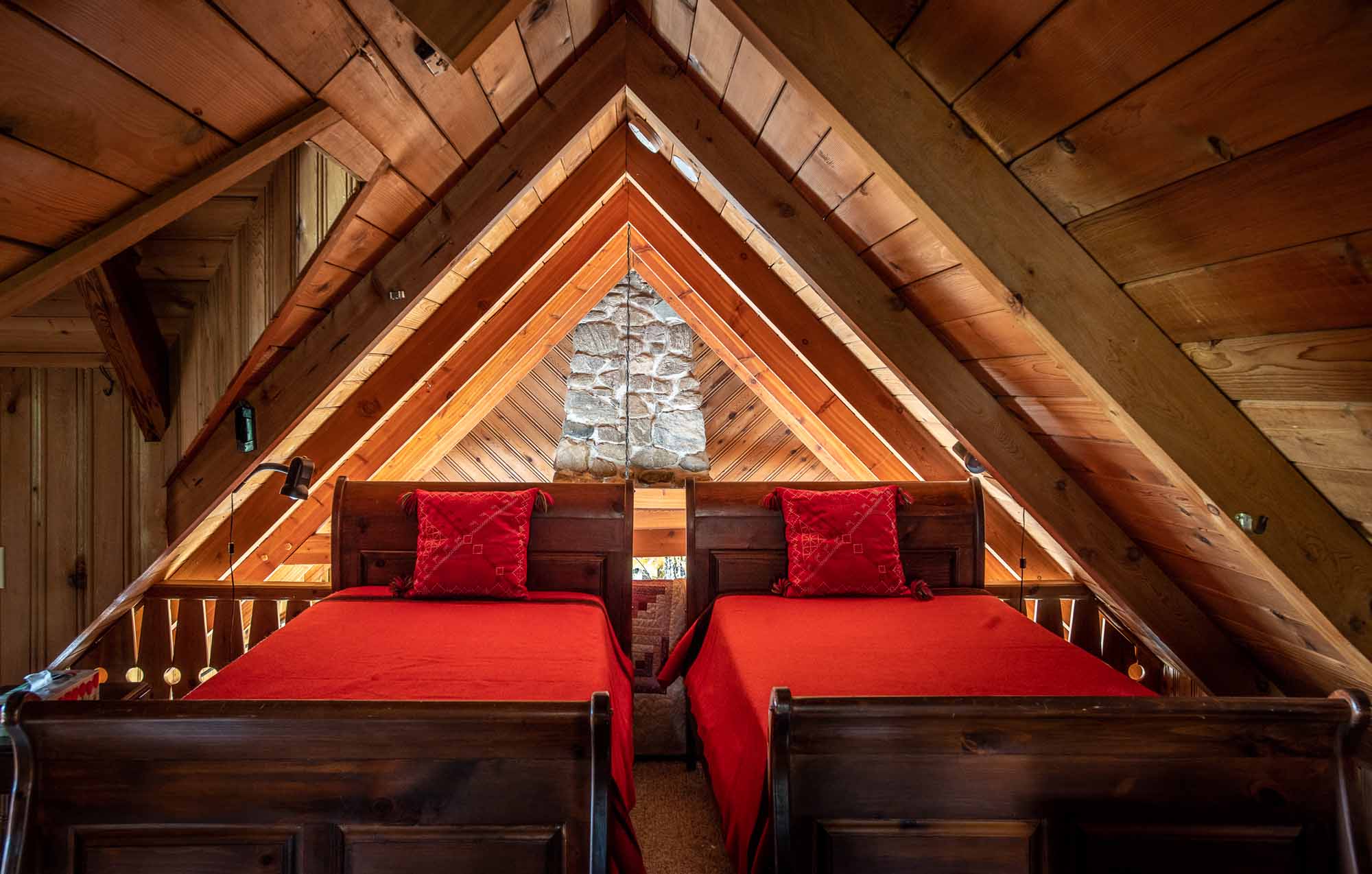 For at least one of those very early winters, Jake rented a tiny uninsulated house on the shore of Georgian Bay just steps from the Craigleith Heritage Depot.

Built by Blue Mountain Resort founder Jozo Weider as part of his ever-expanding enterprise, it was intended for summer use only. Jozo rented boats from the basement and sold pottery from exterior shelving, wrangling customers in from his snack bar and restaurant across the highway.

Dr. Douglas Firth, founder of the Canadian Ski Patrol and primary renter of the little beach house, spent a decade or more wintering in what he dubbed the Snow Den—shivering beneath layers of blankets, waking up to frozen-stiff leather boots and mitts, digging through heavy snowdrifts to reach the outhouse.

“We all found it mind-boggling that he rented it,” remembers Jozo’s daughter, Helen McGillivray. “I don’t know how he ever heated it enough, with no insulation and no real heating. But he toughed it out, year after year.”

After Douglas eventually found more civilized lodging and Jozo closed the restaurant, the Snow Den became a seasonal cottage, with basement bunks and a long line of visitors, including Czech composer Bohuslav Martinu.

“That unbelievably modest little building went through a lot of stages,” says Helen, who spent a full summer living there with her young children. “We could write a whole book on just this building.”

Helen’s brother George Weider has scores of memories from summers there: renting rowboats and kayaks to tourists, retrieving the crafts as they drifted away; using a crane to install repurposed cement pillars as a shore break; getting blown out to sea in an innertube, fearing for his life before being saved by helpful guests; working endless hours at the restaurant across the road.

As the Weider family aged, the beach house saw fewer visitors and more dust. By the early 2000s, it was primarily used as storage. Jake’s son Mike, who now owns the Osler chalet, purchased the beach property quickly when it came to market a decade ago. Knowing its history and ties to his father, he had long hoped to bring it into the family.

The double lot was pre-approved for construction of a larger home, but Mike chose instead to preserve and restore the existing structure. Sitting directly on bedrock, its log base had begun to decay; Mike poured a new concrete basement, re-stacking and re-chinking the logs to conceal its modern foundation. He salvaged and restored the original windows and, where the trim’s sculpted European details showed signs of rot, painstakingly reconstructed each curve and matched historic paint.

Adding lakeside french doors and deck, then whitewashing and refinishing the interior, Mike transformed the dark, unused space into a bright, warm beach house, filling the walls and rafters with pieces of family history alongside treasures discovered in the basement.

It is again a hub of activity. On hot summer days, kids and parents clamber down the hill, arms filled with towels, toys and snacks, headed for an afternoon at the beach. Mike and his wife Cecilia occasionally host friends for a shoreline sunset BBQ.

Winters at the cottage, though, are left to family folklore. Feeling the snowy winds blow across their face as they slept, chipping away at ice in the morning wash bucket, lugging their equipment for an hour-long hike—Jake, Douglas and the other ski pioneers were an entirely different breed.

With modern conveniences like ski in/ski out access, a two-storey stone fireplace, a renovated kitchen—and indoor plumbing—the family sticks close to Jake’s beloved Osler chalet all season these days. And the beach house stays shut up tight ‘til spring.