A Curious Collection of Peculiar Creatures, written and illustrated by Sami Bayly.

Make way for the world’s weirdest, most wonderful but not-always-outwardly-beautiful creatures. 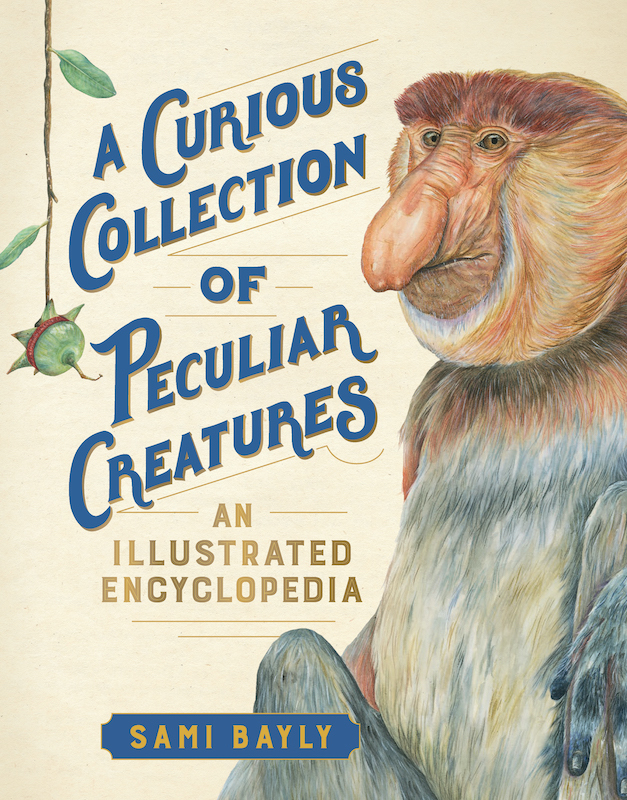 With 60+ animals to explore, this retro-style compendium celebrates the beauty in the peculiar. Kids and grown-ups alike will pore over Bayly’s skillful illustrations of unusual animals, marveling at their bizarre appearance and fascinating characteristics—and learning a lot about science, nature and conservation along the way.

A Curious Collection… features illustrations and facts about the freakiest species the animal kingdom has to offer, from the naked mole rat to the goblin shark, aye-aye, sphinx cat, blobfish and many more ‘ugly’ beauties. 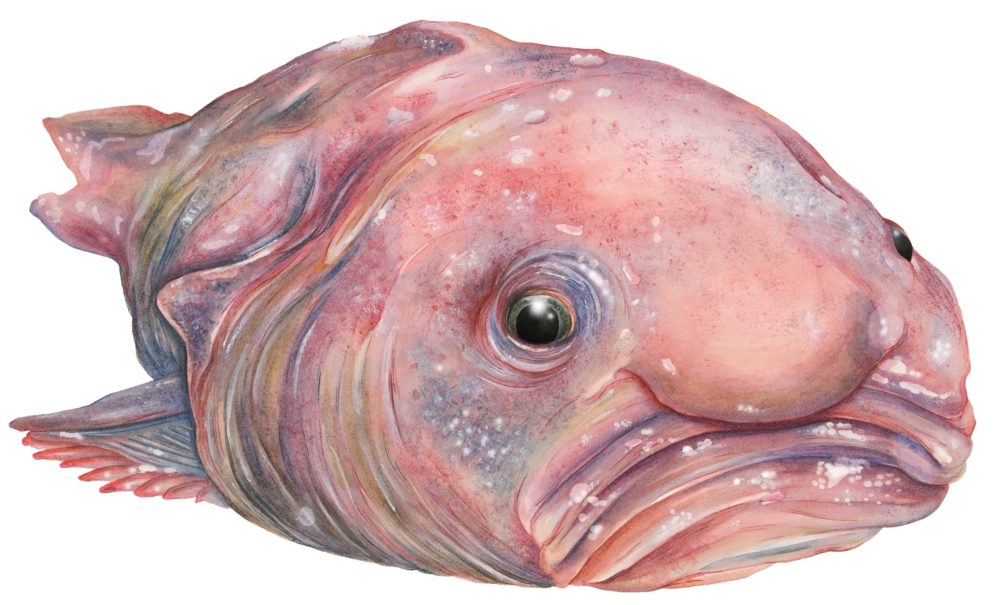 So if your favorite animal is the majestic eagle, or a graceful caribou… well, you won’t find those animals here. Maybe you haven’t considered the fangtooth moray eel, which boasts two rows of icicle-shaped teeth? And the monkey slug caterpillar is ready to snuggle up to . . . just watch out for the stingers all over its body.

It’s true, these animals are a little different—but their stand-out features often give them incredible superpowers. Take the nearly blind star-nosed mole: Its pink, flower‑shaped nose can detect the microscopic texture of everything it touches, and it does this at warp speed—up to 12 objects per second. What’s more, many of these weird, wonderful creatures need our help: They’re endangered, and we can’t afford to ignore their well-being any longer. It’s time to find a peculiar creature to love. And why not the blobfish?

Did you know: Scale worms were discovered quite recently. Some scientists believe there could be around 16,000 undiscovered species of marine worms. We only know of about 8,000 species right now. 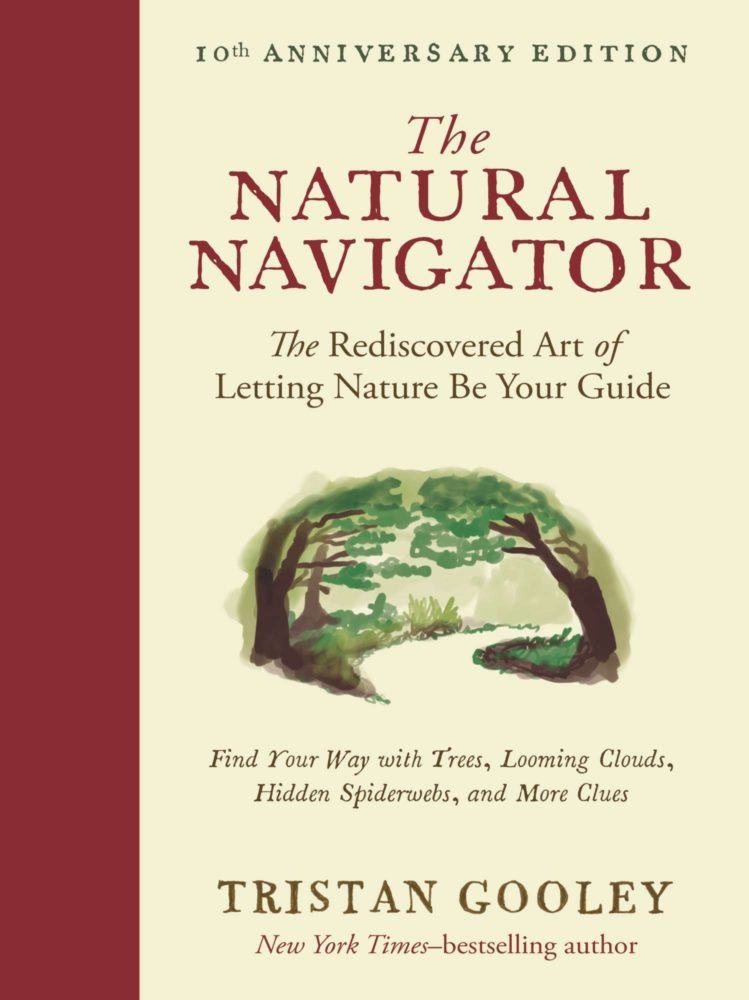 Before GPS, before the compass, and even before maps, humankind was always navigating. A windswept tree, the depth of a puddle, or a trill of birdsong could point the way home, and still can—if you know how to look. If you think you have a faulty sense of direction—or even if you’re always the navigator in the group—you can benefit from this book.

Tristan Gooley invites us to notice the directional clues hidden in plain sight all around and easily accessible to everyone: in the sun, moon, stars, clouds, weather patterns, lengthening shadows, changing tides, growing plants—and even in the habits of wildlife. A decade after publication, this modern classic still reminds us that we can find south by joining the horns of the crescent moon—and find adventure in our own backyards.

Did you know that brightly coloured lichens are common on south-facing exposures? Or that oak tree foliage is heaviest on the tree’s southern side? Or that a cloud can help you find an island before it comes into view? (“A solitary stationary cloud, or even better, one that remains motionless as others pass it by, is likely to be sitting atop an island.” (From The Natural Navigator, chapter “The Sea,” p.192).

“A solitary stationary cloud, or even better, one that remains motionless as others pass it by, is likely to be sitting atop an island.”

Did you know that the Big Dipper, probably the most easily recognizable feature in the northern hemisphere sky, is not a constellation on its own, but a pattern of stars known as an asterism? “It is in fact part of the constellation of Ursa Major, or the Great Bear,” Gooley writes. “This was the constellation that Odysseus was keeping on his left as he sailed east from Calypso’s island.” As Gooley explains, the Big Dipper is the easiest way to determine north because it wheels tightly around Polaris: the North Star.

Once you find the Big Dipper, Gooley goes on, “identify the two ‘pointer stars.’ These are the stars that liquid would run off if you tipped up the ‘saucepan.’ Now visually gauge the distance between the pointer stars and look along the pointer stars to a point in the sky five times that distance beyond them. The star on its own in that part of the sky is the North Star. The point on the horizon directly below that star is due north.” (From The Natural Navigator, chapter “The Firmament”, pp.114-118).

Both books published by The Experiment.