The Instagram handle @officialkingofbikes may seem a bit arrogant. Until you start looking at the feed: It includes every kind of bike there is and it never stops. There are BMXs, road bikes, bicycle board games, bicycle cakes, fat bikes, bike tools, tire patches—if it’s slightly related to bicycles, it’ll be in there.

It’s the feed of the official King of Bikes himself, Clayton Foxall. If he wasn’t such a nice guy I’d be reluctant to award him with that majestic title. But he simply loves bikes. He’ll talk to anyone and everyone about anything bike-related all day long. And there’s no arrogance there; as he puts it, “I just love bikes.” And that passion is contagious.

If you’re lucky enough to be invited into Foxall’s barn in Grey County, you’re in for a great tour. That is, if you’re interested in bikes. There is every kind of bike in there: CCMs, Norcos, Hutches, Rocky Mountains. There are Gendrons, Penny-farthings, boneshakers and ordinaries. Mountain bikes, road bikes, tricycles and track bikes. There is everything a bicycle enthusiast could ever want to look at. And Foxall is ready to talk about them all. He knows where every one came from, what he paid for them, and the stories behind each of them.

When asked how many bikes he owns, he quips, “Too many. Or never enough.” 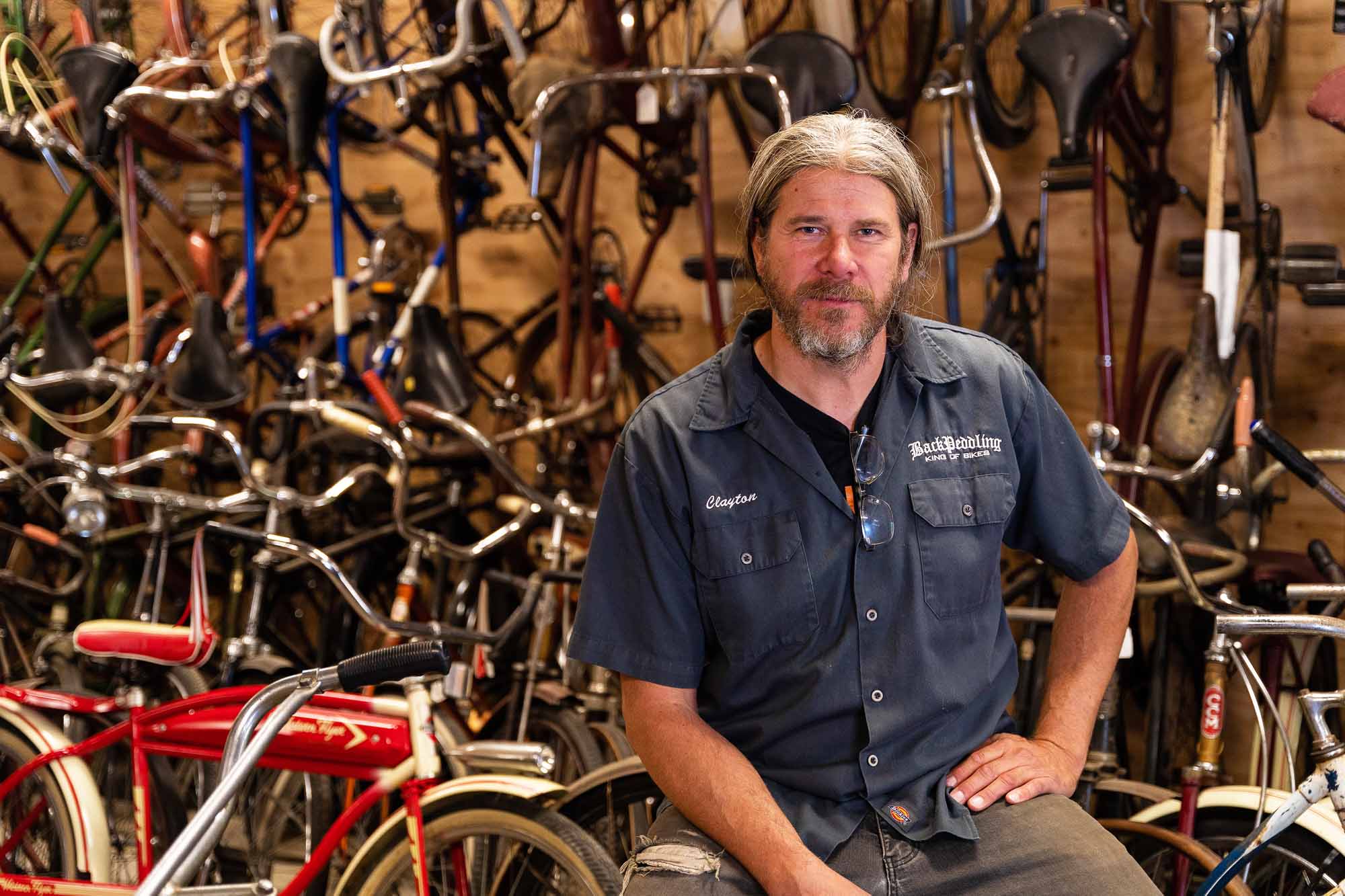 Foxall owns Guelph’s 5,000-square-foot Backpeddling bike shop. Now with a manager to run the day-to-day operations of Backpeddling, he’s able to focus a bit more on his current passion: his private collection and barn. The place where he squirrels away the bikes he really wants to hold on to.

“There are all different vintages in here,” he says. “Vintage and antiques. People buy them too fast if I have them in the store in Guelph. That’s driving me crazy. During COVID the push for all vintage stuff has been huge. I’ve been selling so much. I lose a part of me when I sell one though, that’s the hard part. I guess the main reason for having this place in Grey County is I can have them longer. Not feel like I’m being pushed into selling them. There are too many I regret selling. I’ve had people at the store get mad at me when I won’t sell them a bike. They’re like, ‘What are you in business here for? You’re here to sell bikes!’ And I’ll be like, ‘No I’m here to keep this one!’” 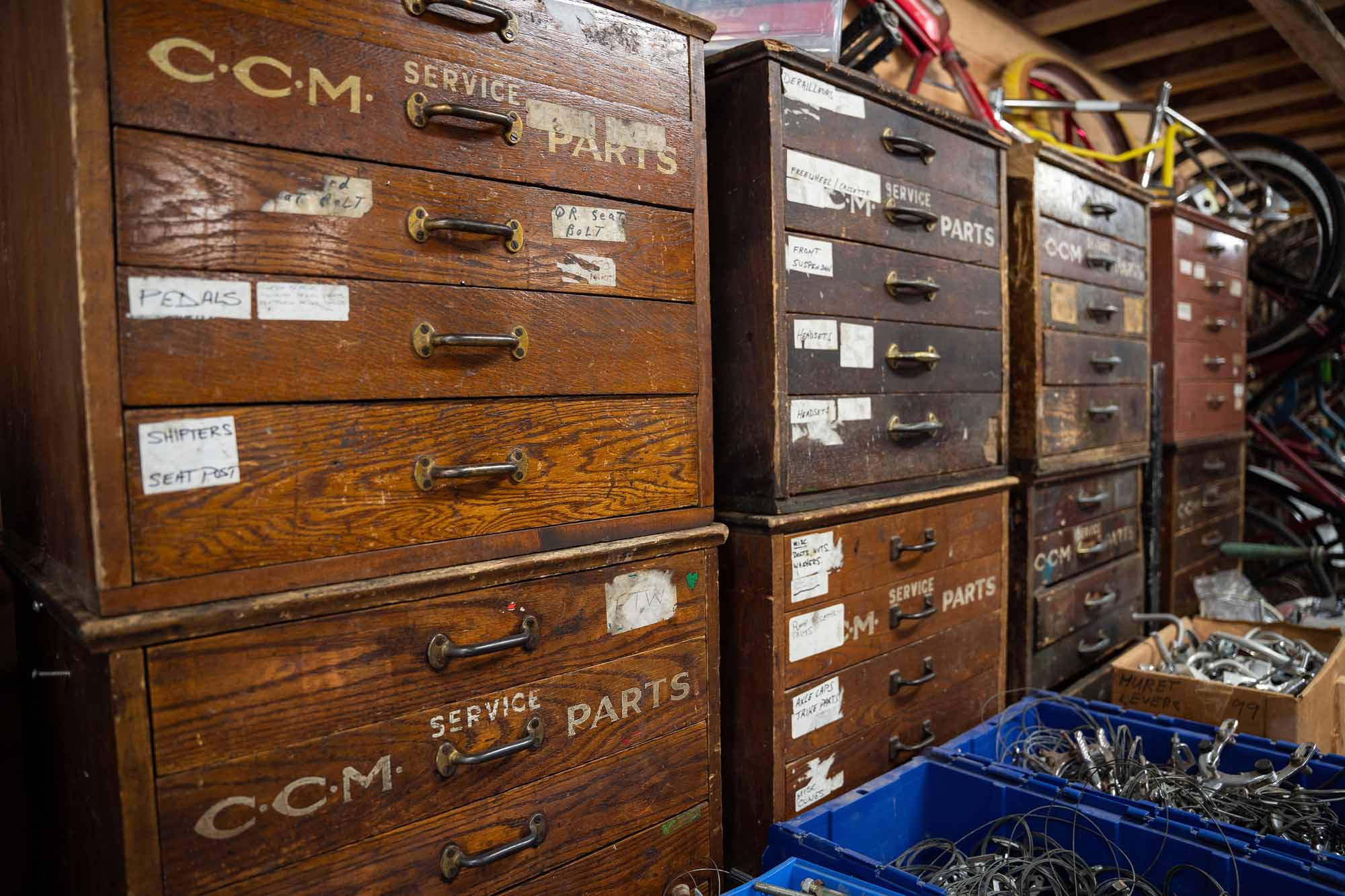 The Quest for More

With a workshop that always has a bike or two in the stand, and nearly 3,200 square feet of storage, Foxall is always looking for more bikes and the paraphernalia related to them. He searches barns, scours the internet and when something unusual pops up, Foxall is usually the first guy people contact. When a one-of-a-kind, 1940s CCM full-suspension prototype popped up at DanField Antiques in Clarksburg, he knew about it before anyone. He bought it within three days. That bike came with a CCM tool kit and a bunch of old bicycle tools, too. Which is also something he can’t resist.

“I can’t get enough of those CCM service cabinets,” he says. “I probably have the largest collection there is. It’s like the old lamps, too; I can’t stop collecting them.” He’s referring to the old carbide bicycle lamps from the late 1800s early 1900s.

So how did Foxall become the King of Bikes?

“I have just always liked bikes,” he says. “I just always gravitated toward them, even when I was a young kid. I loved the ‘80s beach cruiser bikes, the old Norcos, then of course the BMX bikes. I’ve always appreciated every style of bike for what it is, whether I ride that style or not. They’re all unique and they’re all works of art. I really like the history of them, but then I like new stuff too.”

Twenty-two years ago when he started Backpeddling he only dealt in used bikes. 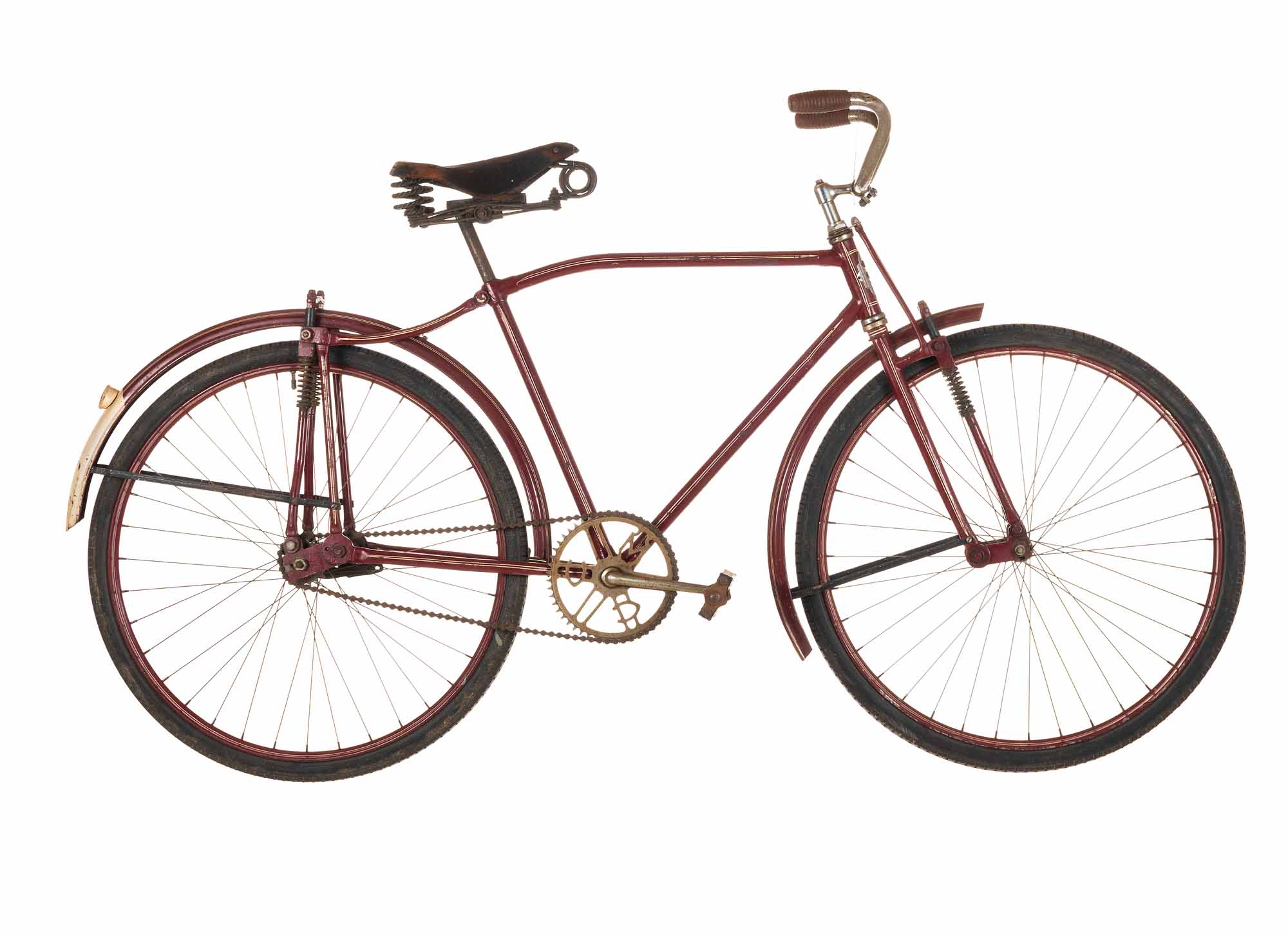 Now Backpeddling is a full-service bike shop, selling new and used bikes and servicing bicycles. But Foxall’s collection, at least the bikes he hopes to keep, go from Guelph to his barn in Grey County.

So what are his favourite bikes?

“I’d say CCM,” he says. “I’m all over CCM. I’ve sold so many really nice examples of CCM bikes, thinking I’d come across them again and that’s never happened. Time will tell. I’m still young; I may get my hands on them again. But that would be my only regret.”

For now Foxall can be found in his barn, rearranging his collection, tinkering on the bikes he owns and searching for more. And contemplating actually riding them.

The only other question is, which one?