Blue Sky Kingdom (Douglas & McIntyre) is Bruce Kirkby‘s new book about a journey with his wife Christine and their two children—seven-year-old Bodi and three-year-old Taj—over the Pacific by container ship, through South Korea, China, India and Nepal, and eventually across the Himalaya by foot. Their destination: a thousand-year-old Buddhist monastery. To help with the financial logistics, their trip was filmed for the reality travel series, Big Crazy Family Adventure.

In this excerpt, Kirkby’s family, their guide, Sonam, and the producer of the show, Wes, are at high altitude and waiting anxiously for the film crew, who have fallen behind.

Eventually a figure appeared in the distance, striding up the dusty switchbacks. It was a herder in indigo robes. A grimy rag obscured his face, and four black mules scampered ahead, dented jerry cans lashed across their backs.

“Oi!” shouted Sonam, as the man neared, asking in Hindi if he had seen our missing companions. The herder plowed past without breaking stride, only muttering (which Sonam again translated) that a foreigner was lying on the trail far below, being tended by friends.

Before disappearing, the herder turned and shouted back, “If that man comes higher, he will die.”

For a moment, the immense valley was filled with a crystalline silence, broken only by the sound of pebbles shifting underfoot. “That man” was almost certainly Jonathon, the audio technician, who had been struggling with headaches for days.

“I’ll run back and sort Johnny out,” Wes declared and sprinted away. Sonam followed. I watched the pair fade to distant specks with sadness, for I doubted I’d see Jonathon again.

Our party had now reached an elevation exceeding any summit in the American lower forty-eight or the Alps. And much climbing still remained ahead. For Jonathon to ascend farther, while displaying symptoms of altitude sickness, would be irresponsible. The only solution was to dispatch him down the valley in the care of a porter, toward the warm, oxygen-laden air below.

The afternoon dragged on. With Bodi on my back, I stared at my boots, breath heaving, counting footsteps.

Not until dusk did the tents appear ahead, tucked amid rocky slopes. At the sound of our voices, a cook boy came bounding, swinging a thermos. We sat together on a boulder, gulping cup after cup of sweet, milky tea, dipping orange cream biscuits. When the sun ducked behind a cloud, cold air came roaring down the mountainside like an avalanche, engulfing us.

Our camp stood at 4,500 metres, and once inside the family tent, I checked everyone’s acclimatization using the pulse oximeter—as I did each evening—relieved to find healthy readings. Afterward, Christine and I dozed while the boys crawled back and forth, waging an imaginary battle with Lego mini-figures. Before leaving home, we’d given each a toiletry bag, allowing them to bring whatever fit in. While Taj haphazardly crammed in handfuls of Lego, Bodi painstakingly built a solid cube that filled the bag.

It was almost dark when a clattering of hooves roused us. I unzipped the tent flap horrified to discover Sonam leading the white mare into camp with Jonathon perched atop, pale and unstable.

“What else could we do?” Sonam shrugged.

After coaxing a glass of warm juice into Jonathon, we stuffed him into a tent and he fell into a catatonic sleep. Sonam’s medical kit thankfully included two bottles of compressed oxygen, which could save Jonathon’s life if his condition deteriorated. Otherwise I would have insisted they turn around and descend in darkness.

But Jonathon was not the only crew member suffering. An Indian camera operator, summoned at the last minute from Delhi, succumbed to a debilitating headache, and two exhausted producers retreated to their tents without dinner.

With budgets weighing on his mind, Wes was loath to slow our pace, but the only option was a rest day. No one would be going higher tomorrow.

Two days later, the snowy summits above camp burned like candles at sunrise. In the kitchen tent, singing cooks prepared omelets. After a day of hibernation, the television crew appeared rejuvenated. Even Jonathon was smiling, and his oxygen saturation had returned to normal.

We set out early, hoping to move fast and cross the Shingo La by lunch, then quickly descend on the far side, eliminating the risk of sleeping at even higher elevations. The trail beyond camp was steep and frequently blocked by massive snow drifts, which had become a sloppy mess in the summer sun. Wildflowers bloomed along the fringes of such oases: Himalayan mini sunflower, yellow larkspur and pools of blue iris that appeared to reflect the sky above.

After several hours, a strange noise brought our party to a halt. Thunder? A distant jet?

Sonam pointed to slopes high above. A yellow excavator was carving a path across the mountainside. Dark smoke belched from its exhaust, and the bucket swung to and fro, sending boulders crashing downward with muffled booms. Sonam shouted and waved his arms, and eventually the machine shut down. The operator clambered to the roof. For some minutes the pair shouted back and forth. Sonam reported that a Zanskari monk turned-businessman, frustrated with the Indian government’s inaction on road construction, was personally financing this excavator.

“One of the brave men of Zanskar,” a porter whispered.

Only a single dirt track penetrated the Zanskar valley currently, running over mountains to the north, near the Pakistan border. Built in 1976, it was notoriously difficult to access, and closed for six months of every year by snow.

Young Zanskari parents, he explained, still tried to time childbirth for summer, when it was possible to reach a hospital in Ladakh’s distant capital of Leh. The porters nodded solemnly, and after more yelling, the digger lurched back into action.

“He is making one hundred feet a day,” Sonam reported. “By August he will cross the Shingo La.”

It was already early July.

…the view opened before us, revealing row upon row of crumbling peaks ahead, their steep slopes a swirl with lollipop shapes of red, green, purple and mocha rock.

We crested the Shingo La just before noon, finding a mess of prayer flags marking the summit—so many it appeared that an entire village had hung its laundry to dry. Offerings were scattered around the base of countless cairns: quartz, pages of scripture, bronze talismans, empty rum bottles and horns of ibex and bharal—the massive wild goat and sheep of the Himalaya.

Christine grasped my cheeks and pulled me close for a kiss, staring into my eyes. The boys joined, jumping up and down with arms wrapped around our legs till we almost tumbled. In a biting wind, we yanked on hats while Sonam excavated almonds and carrots from his pack.

When the television crew set up tripods and prepared to interview Christine, I took the boys and scrambled higher up the ridge. We’d only gone a short distance when the view opened before us, revealing row upon row of crumbling peaks ahead, their steep slopes a swirl with lollipop shapes of red, green, purple and mocha rock.

This was our first glimpse of Zanskar: a scene torn from the pages of Dr. Seuss.

Tucked between the Himalaya Range to the south, and the Tibetan plateau to the north, the Kingdom of Zanskar remains among the highest permanently inhabited places on the planet.

The valley is formed by the union of the Stod and Tsarap Rivers, whose combined waters meander across broad gravel plains before crashing into a nearly impassable gorge, giving Zanskar what may be its most defining feature: inaccessibility. There is no easy way in or out.

For more than a thousand years, a close-knit society has endured here in isolation, eking out a scant living from the glacial till, growing crops of barley during the short summer with the aid of glacial meltwater irrigation.

When Tibetan Buddhism entered the valley during the seventh century, it quickly became entrenched as cultural bedrock. Stately monasteries sprang up—built inside caves, atop spires or perched on sheer cliffs as a means of balancing meditative seclusion with proximity to an alms-producing village—and soon a quarter of the male population had entered monastic life. 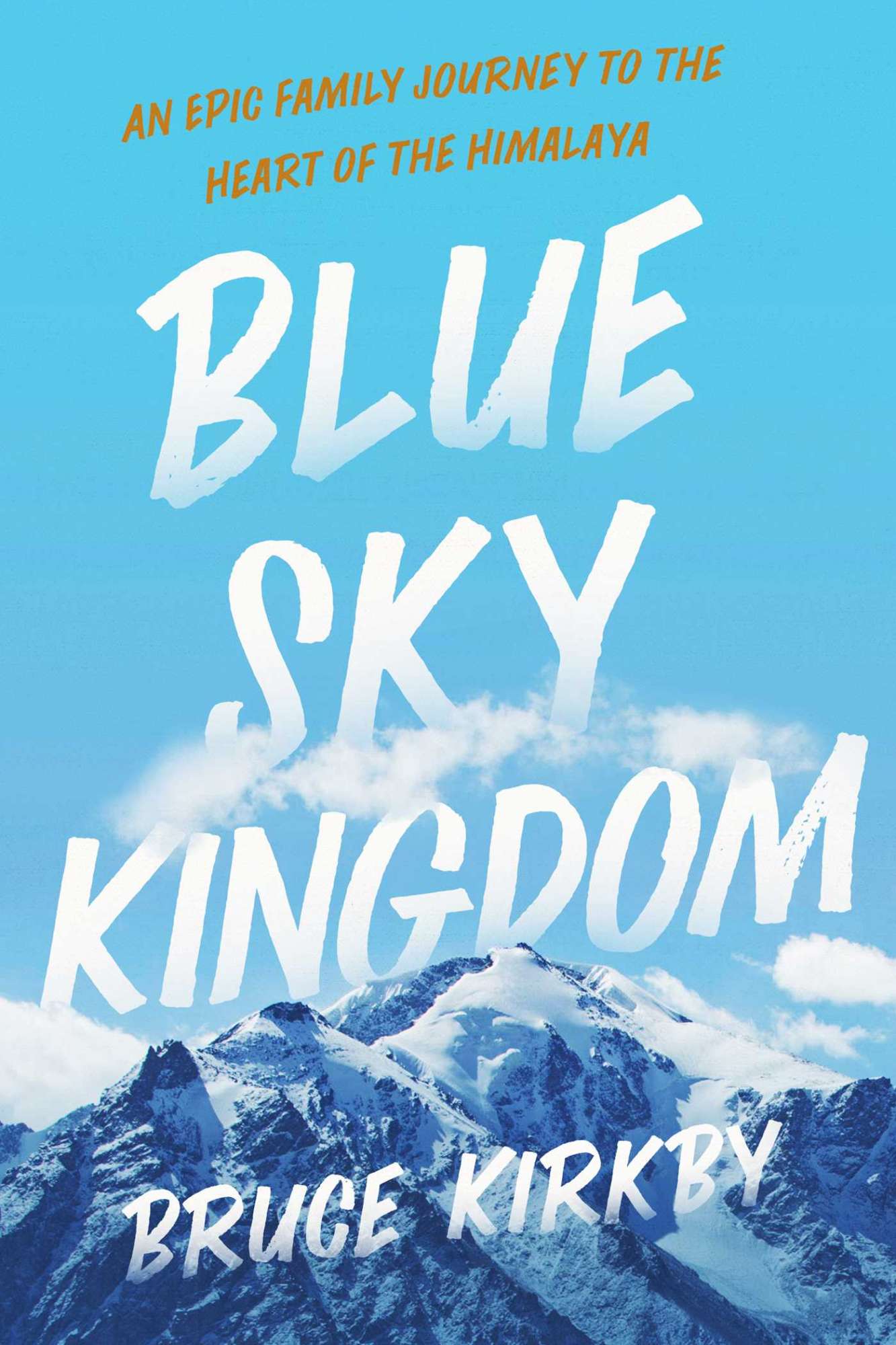 With time, Tibetan culture came to permeate all aspects of Zanskari society—art, architecture, astrology, medicine, clothing, cuisine and music—and the hidden valley, along with the entire surrounding state of Ladakh, came to be regarded as “Little Tibet,” a de facto appendage of the great Tibetan kingdom.

Only an inconsequential quirk of fate tilted Zanskar’s fortunes away from Tibet and toward the subcontinent. In 1834, as part of an effort to increase pashmina wool production, the maharaja of Jammu and Kashmir dispatched a raiding party that laid claim to the remote kingdom. As a result, more than a century later, Zanskar was spared China’s crushing annexation of Tibet, and the ensuing atrocities of the Cultural Revolution.

Today, the hidden valley stands among the last places on the planet where Tibetan Buddhism remains intact, undiluted and still freely practised in its original setting.

Watch out for a feature-length article about Bruce Kirkby’s trip in the upcoming Mountain Life Annual.