These words are a personal mantra for Margus Riga. “As a modern Western society, we have grown used to not dealing with major adversity on a daily basis. We’ve lost the idea that doing something difficult will give us more than doing something for simple, easy fun. I am most at peace and the most satisfied after having done something truly challenging and out of my comfort zone.”

A professional mountain bike photographer, Riga’s spring and summer months are mostly spent managing a high-energy and socially chaotic schedule of travel, events and editing. But his downtime, when he has it, sees him embarking on journeys of what most would consider miserable sufferfests. For Riga, these trips are more akin to moving meditations. 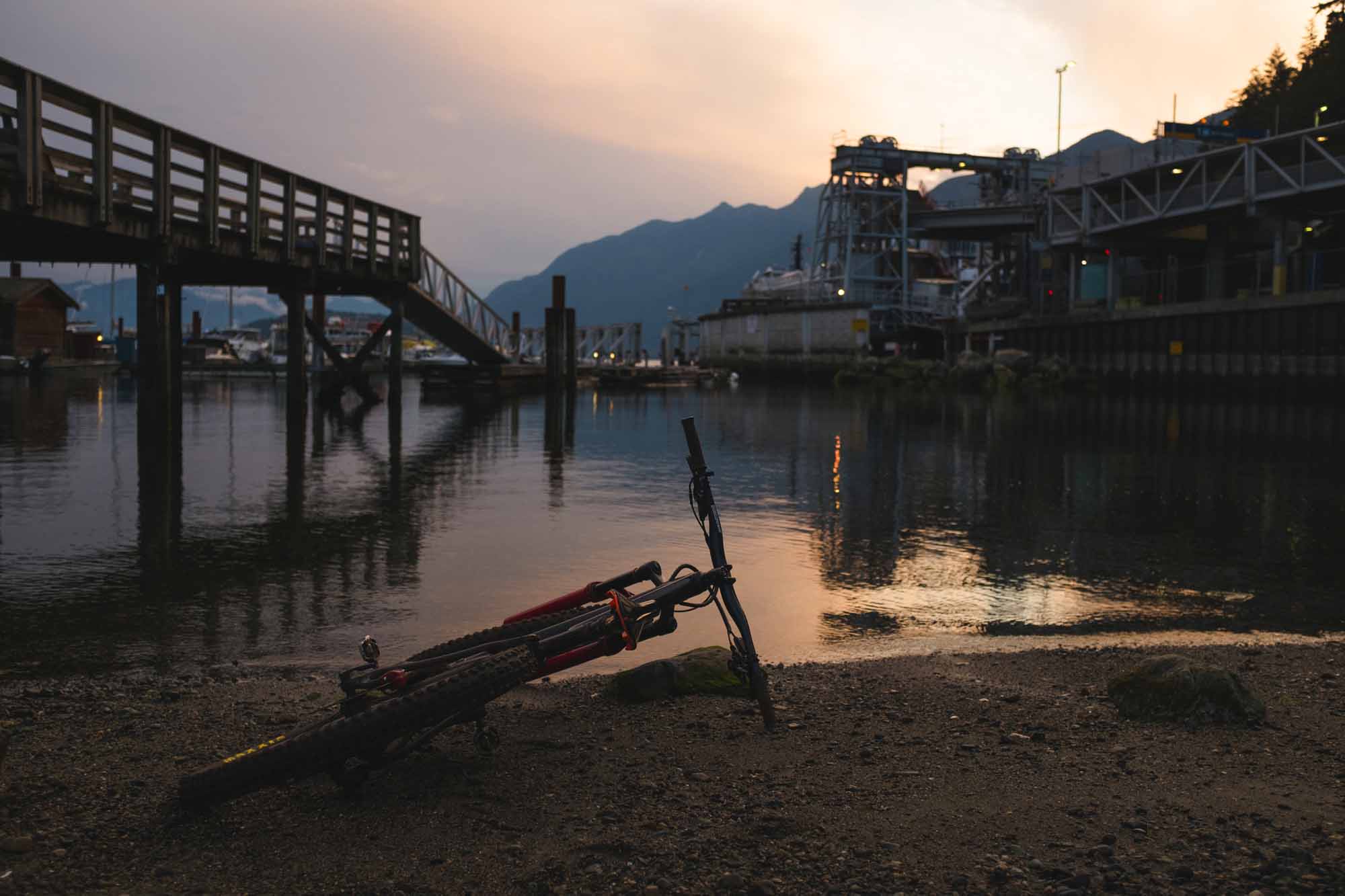 The reverse Triple Crown tallies in at a savage 78 kilometres and 13,000 feet of climbing, but Riga says he wasn’t doing it for social glory (the only photos he posted were to his private Instagram account), nor was it about going further, deeper or wilder than ever before (he was in cell reception the whole time). Rather, it was simply about setting a goal and discovering what he was capable of achieving.

“I knew I was going to suffer all day long on this ride and I chose to not give a shit, because it was going to be wicked,” he says.

A few days after summer solstice, Riga set out from Horseshoe Bay at 5:30 a.m., kicking off his solo adventure with a 2.5-hour hike-a-bike; pushing up sections that were too steep and loose to pedal. Only an hour in and three quarters of the way through a kilometre-long boulder field, he thought, “Yup, this is going to be a painful day,” i.e., exactly what he’d hoped for. 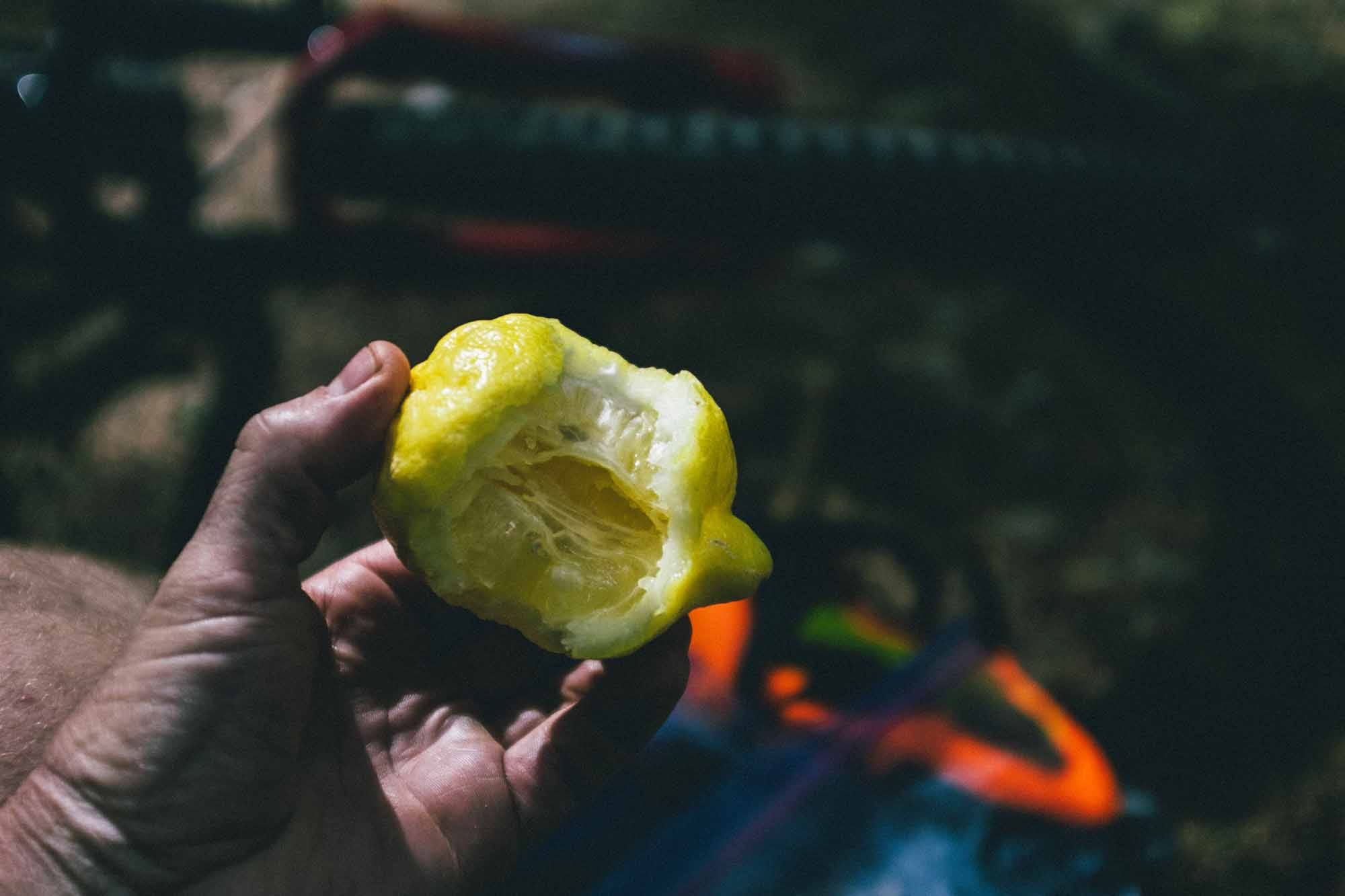 The day’s route took him up, down and through old hiking trails and purpose-built mountain bike tracks, along paved stretches through neighbourhoods between the mountains, and into wide open alpine vistas with views of Vancouver, Mount Baker and the Salish Sea.

“I thought a lot about my surroundings on the ride,” says Riga, “and the heat. It was a scorcher and I was pretty much soaked in sweat the entire day.” As the day wore on, repeated pushes up jarringly steep and root-infested sections began to take a toll. “At this point, I could feel the brunt of close to eight hours of moving around in the mountains. I was trying to conserve energy and climb very slowly. I used the Tibetan porter approach of taking pointedly slow, short steps, while never pausing and always moving.”

Being constantly on-the-go helped maintain that flow state headspace essential to any big slog. “The thought in the back of my head was, ‘Just keep moving.’ Your mind can take you so much further than your body thinks it can. I knew this was going to be insane and I thought, ‘Let’s see what happens if I just keep going.’”

At the peak of Mount Fromme, Riga took a break on an exposed rocky crag, hung up his sweaty bike clothes to dry in the sun and chowed down on what he calls the ‘Riga sandwich’; a massive baguette with salami, cheese and half a stick of butter. For an hour, he sat and took in the views— alone, with no distractions.

“When I’m working; shooting, biking or whatever, I’m always with people. So the time I have for myself, I really enjoy. It’s very peaceful. It’s like meditation to be alone with my own thoughts, without any distractions, and to be in full control of what I’m doing the whole time.”

Bonking hard on the descent and trying not to fall asleep on his bike, Riga lost his front wheel on a critical section of woodwork and smashed his finger. “I didn’t think much about it and kept on moving. Looking back, I’m pretty sure I did something dramatic to my pinky, as it has never returned to its original shape. [email protected] jank ladder bridges can kiss my ass.” 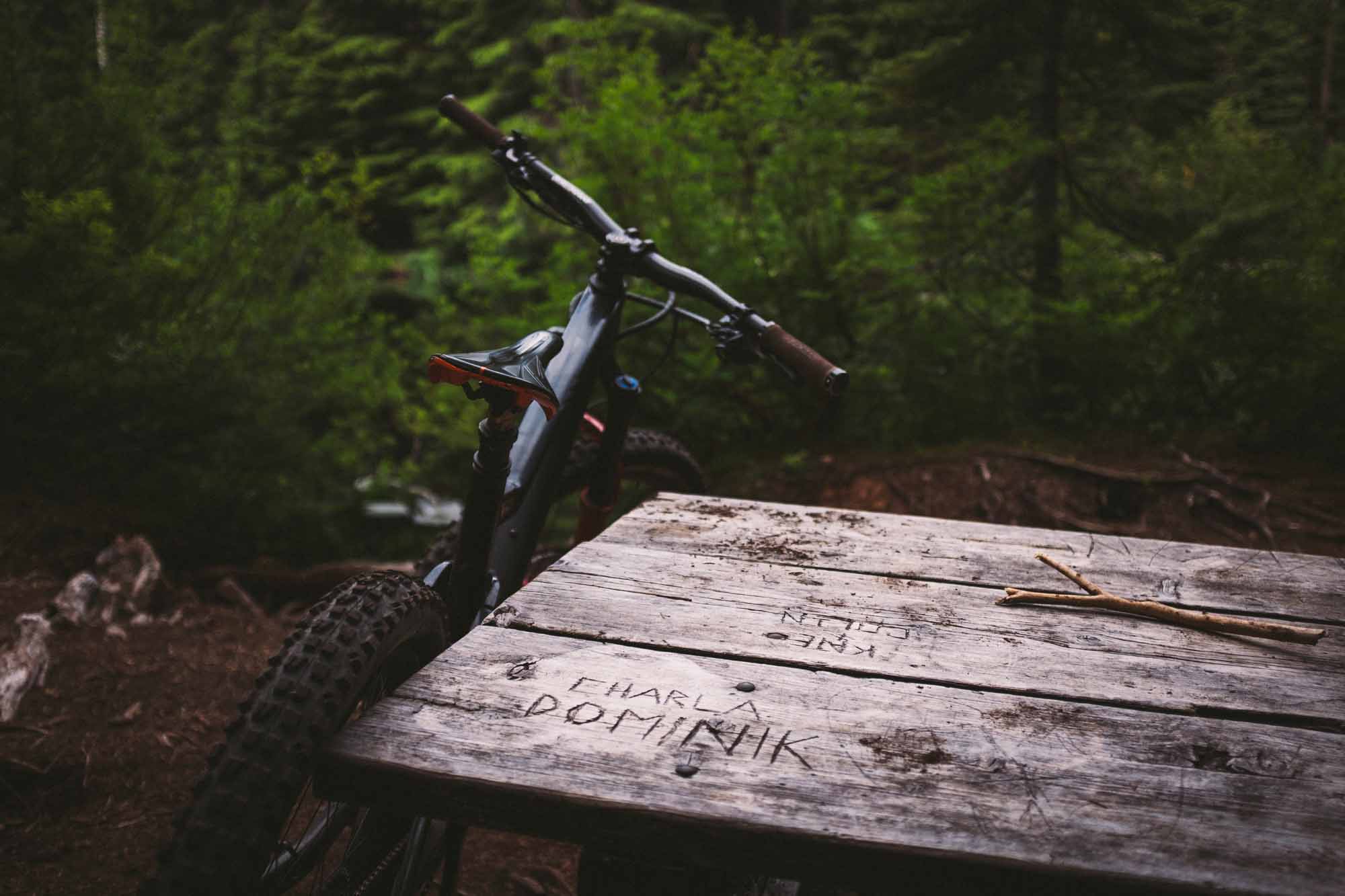 On the approach to his final summit, Riga’s energy really dropped. “It felt like a mini-lobotomy. I fought to keep my thoughts light, mellow and almost non-existent.” After a short break to eat the last of his snacks—a whole lemon—he opted to take the paved road the final few kilometres up Mount Seymour. “I felt bad taking the road, but the only alternative were more steep hike-a-bike sections. I was just so bonked and tired, I closed my eyes at one point and nearly fell asleep on the bike.”

The final high point of the day atop Mount Seymour was not a call for celebration. Riga still had to contend, exhausted, with a technical descent back to sea level. “I was surprised to get a boost of adrenaline riding these trails and my exhaustion went completely away, replaced by the sheer joy of riding.” An hour later, Riga popped out near Deep Cove—his end point. He’d been riding, pushing, and slogging for 16 hours. 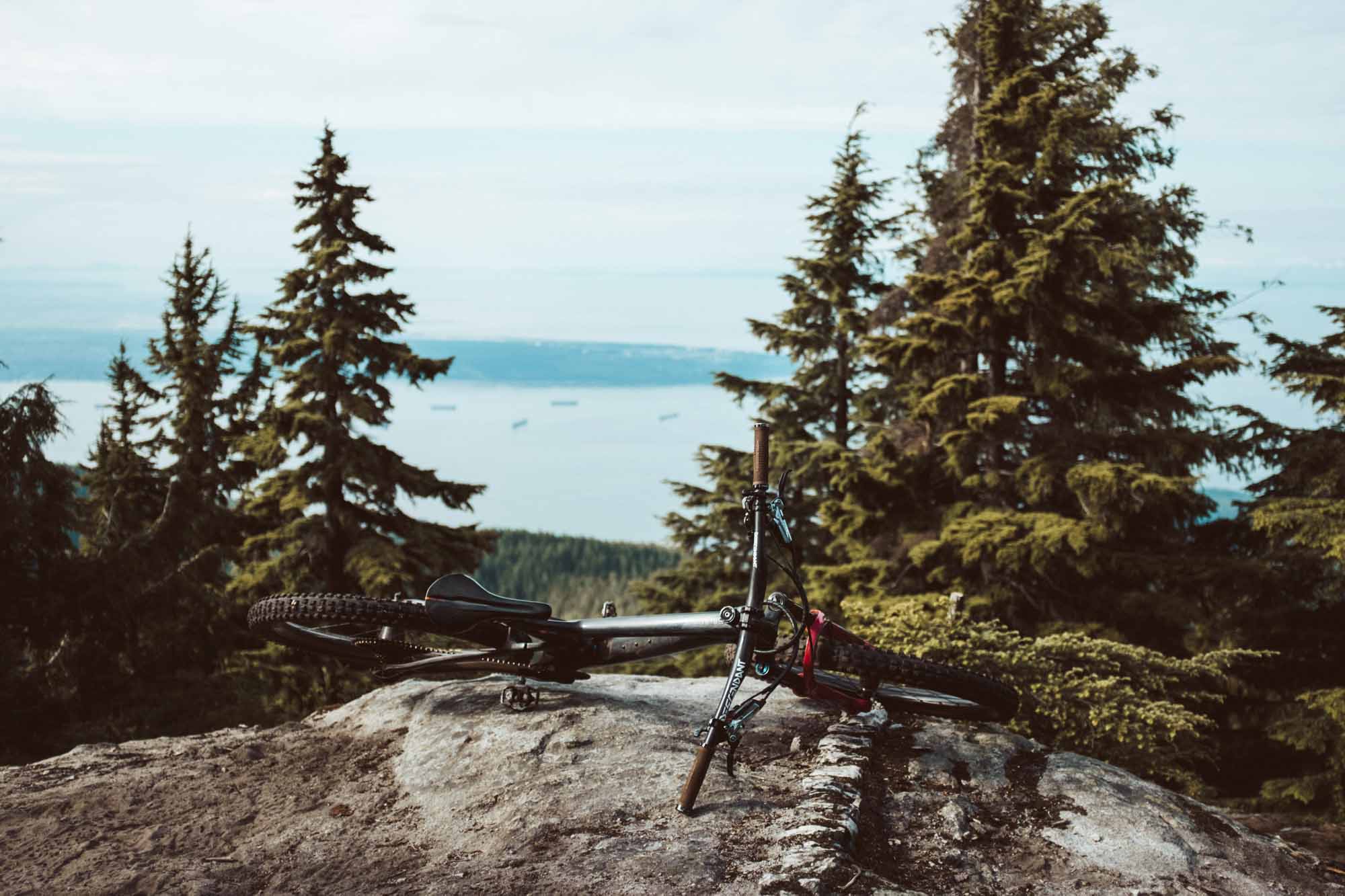 As he sat on the beach, toasting his accomplishment with a beer and waiting for his wife to retrieve him, he reflected on the day. “I felt utter elation at having completed this ride. It was a personal goal, and I achieved it, and that was all the satisfaction I needed. When I’m shooting biking I am usually surrounded by people, so I appreciate the peaceful times. Maybe it’s a hermit thing but I think everyone should go and have an adventure by themselves. I think they would discover how enjoyable something like this actually can be—I highly recommend it.” —ML