There’s a white grizzly bear roaming around the Bow Valley in Alberta, an area that draws hundreds of thousands of tourists each year. But the last thing residents, scientists, and conservationists want is for anyone to see the fascinating creature.

The white grizzly bear cub, named ‘Nakoda’ by the Bow Valley residents,  is not new to the area—it’s been spotted before, and experts believe it to be around 3.5 years old. What is new is its reappearance of the bear this spring, and it’s proximity to humans, causing concern that the bear is getting a bit too comfortable. 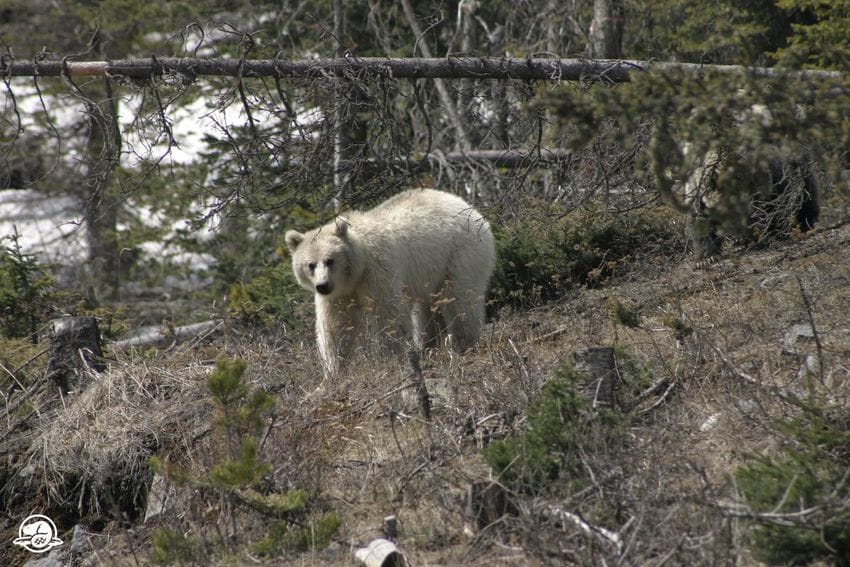 The bear, like the Kermode “spirit’ bear off the North Coast of British Columbia, contains a recessive gene that causes its fur to grow white. 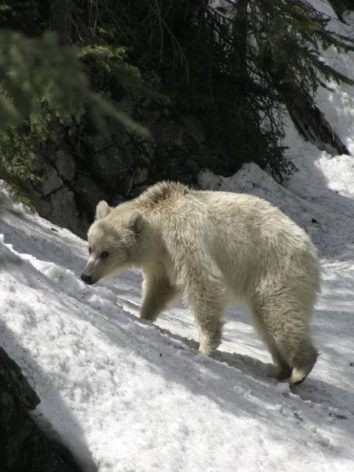 While it contains the same recessive gene, the bear has no relation to these bears—it’s just another grizzly bear, which are found throughout Western Canada, but with a twist.

The reason for concern? The bear is extremely rare, and experts are dumbfounded that this one-in-a-million creature just so happens to be toeing the line of civilization. Mike Gibeau, a retired grizzly bear specialist, claims to have never seen a white grizzly in over forty years of studying the fascinating creatures.

A post shared by The Rimrock Resort Hotel (@rimrockresort)

In the video above, you’ll notice the bear appears to be inside a fence. According to officials, because of a deep snowpack, the bears were actually able to get inside the wildlife exclusion fence, which poses a threat to the wellbeing of the bear. In response, Parks Canada has built temporary fencing to protect the bears from an unprotected stretch of highway in Yoho National Park.

Any time wildlife comes in contact with humans—especially humans driving pieces of metal hurtling down the freeway—their wellbeing is endangered. For a rare animal like Nakoda,, keeping it out of human contact is essential to allow it to grow into a full-size grizzly that will continue to amaze us for many years to come. — ML