Why do my favourite hobbies suck? It’s a fair question, and the answer, in this case, begins with Crazy Larry.

Wait, we’ll get to Crazy momentarily. Let’s go deeper and begin with the backyard, the view from my childhood home: miles of stubble cornfields and rumpled ridges giving way to the high horizon, Camel’s Hump front and centre, glittery against December’s clean blue sky.

I was born on Christmas, which is to say winter has been my favoured season from the get-go. Which is to say that the wind-whipped Camel—4,085 feet, one of four peaks in the Green Mountains blessed with gnarly alpine terrain—was there beckoning when I returned from the hospital in a crimson stocking that resembled a bivy sack. Developmental psychologists claim infants see eight inches past their own noses, but I suspect a scientific understanding fails to account for the metaphysical pull of topography on the newborn soul.

Photographs show me gazing at yonder Camel. Grainy VHS vids show the same. A story from my father confirms that I made a summit bid on his shoulders at the age of five. Where the trail traverses a schist ledge just below the top, he lowered me for a closely supervised toddle.

But the plain fact of growing up is that our large earth goes small. By the time I was 11, that ledge promised no special thrill, and after I’d thru-slogged the Long Trail as a 16-year-old (273 miles, the entire range) it was barely noticeable. What activity would transform the increasingly familiar local into the exotic wild? Was my fate to outgrow Vermont, to trade it for the Carpathians and Karakoram?

“Great training for the Alps,” he’d say. “The realest shit New England’s got.”

Enter Crazy Larry. Janitor from the Burlington International Airport. Mentor of dubious provenance whose surname I never quite caught. In my late teens, during an ice climbing phase—this oughta give VT an adrenaline boost—I made his acquaintance at a popular crag.

Crazy liked to solo; liked to pioneer midnight routes up the roadcut flows on I-89 by the glow of a red headlamp; liked to dangle from a structural timber in his den, simulate an arm amputated by rockfall, and practice tying left-handed knots. Craziest of all, he liked to study the radar for incoming blizzards, then drive to Mt. Washington in New Hampshire, hoof it past the last patch of tortured krummholz, and battle a tent into submission.

“Great training for the Alps,” he’d say. “The realest shit New England’s got.”

Given that I was a high school kid who had to ask his mom permission to spend the weekend camping—a kid who couldn’t visit the Alps even if he wanted to—it made perfect sense to focus on the giddy hardship and hypothermic elation hidden in plain sight. For Crazy, the summit snooze was a means to an end, whereas for me it became an end in itself: an art of encountering epic wilderness energies in the too-tame backyard, i.e. atop Camel’s Hump.

Reinhold Messner, the Italian hardman who climbed Everest without supplemental oxygen before turning his attention to “the horizontal” (trekking across Antarctica, the Gobi, etcetera), has a quote I cherish, especially while riding the Camel through raw arctic wee hours: “Not one soft bed or good meal remained in my recollection. The days and weeks which I had spent in the wilderness, cold and hungry, were those which had marked me.” 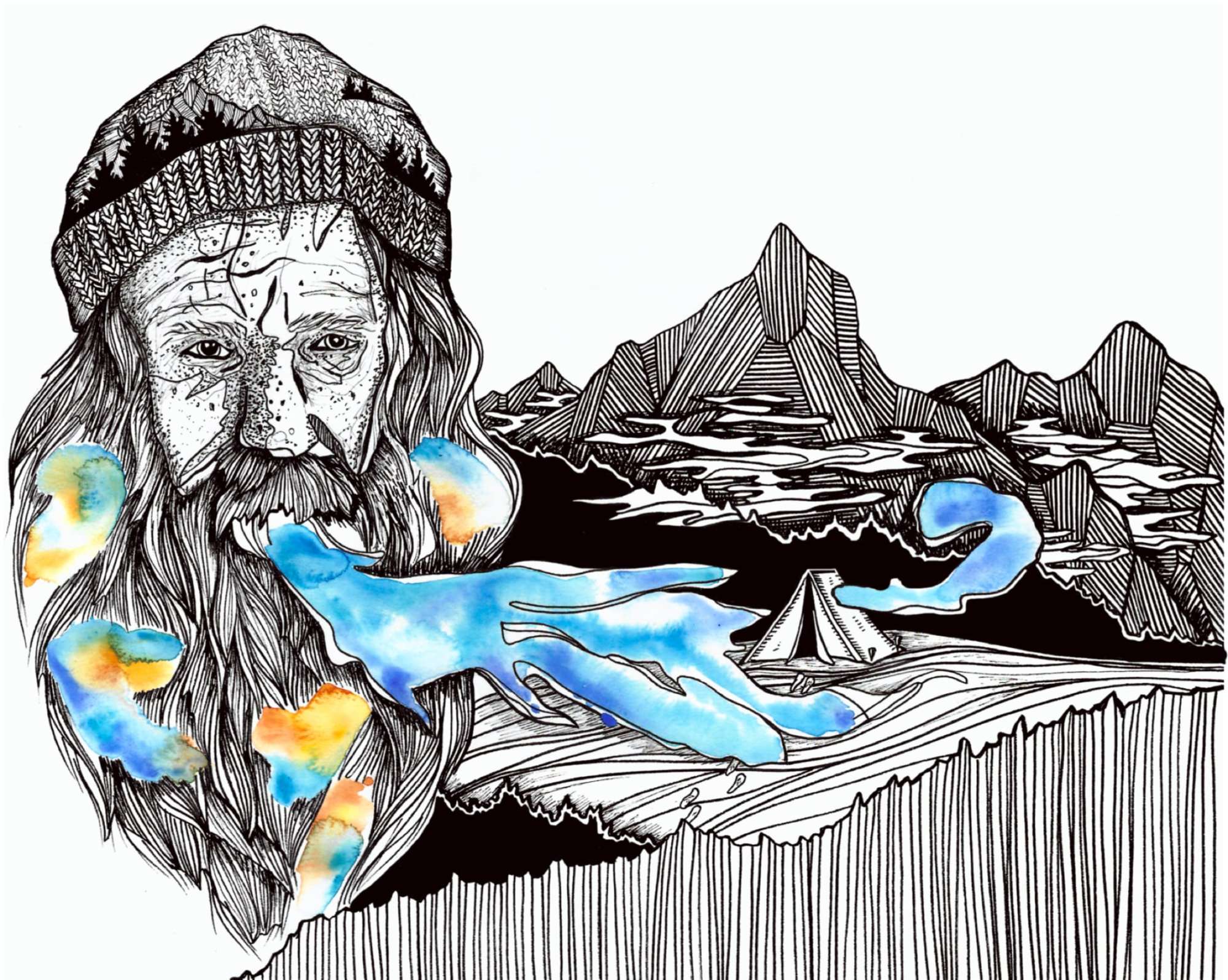 We associate adventure with dynamic action—snowboarding a couloir, dangling in etriers from a granite monolith. But perhaps the essence of adventure is uncomplicated, involving little more than the willingness to engage the cold and hunger that are always already close. I don’t begrudge Messner his zest for far-flung expeditions, yet I do wonder if he wasn’t missing the wisdom embedded in his own, well, wisdom. Instead of 29,029-foot Everest, he might have gone to the mountain sloping from the backyard. Instead of that backyard mountain, he might have stopped in the driveway, stripped naked, and entered the cold.

What if we conceive of cold as a destination, an objective? What if it is less a condition than a location, a jagged range of physical and mental challenges to traverse? What if we fill a rucksack with our puffiest puffies, then check the radar, give a shout to a deranged airport janitor, and set out on an expedition—12 hours is all it takes—into the wilderness of Cold?

Capital-C Cold. A proper noun. Cold National Park—no rangers, permits, or crowds. Fundamentally democratic. Open to everyone. From Barrow to Bozeman to Buffalo to Bangor. To Baffin Island. To Lake Baikal. Sing it with me: This cold is your cold, this cold is my cold… this cold was made for you and me.

2020: I’m not there yet, but I will be soon. Because all my hobbies suck. Because I cherish this tradition. Because it’s the realest shit New England’s got. —ML

A different version of this essay originally appeared in Adventure Journal Quarterly.