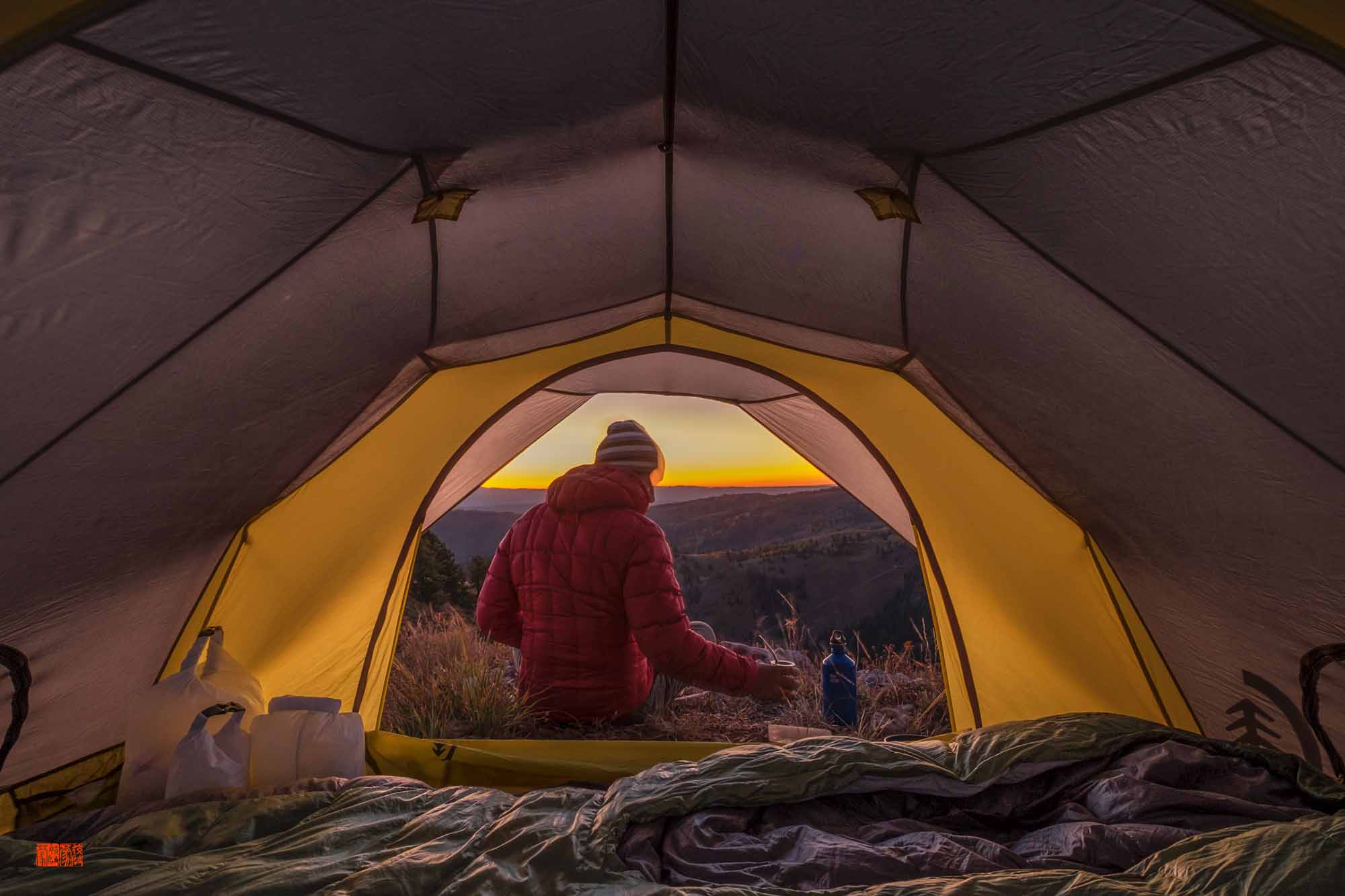 The first words in Daniel Fox’s new book, Feel the Wild, are also a personal mantra. “We live in a world engineered to manipulate us in many ways,” he says. “It’s becoming harder and harder to say ‘Stop! Let me think.’ Technology, the media, and advertising are all so binary and competitive. It’s like we live in the middle of constant shouting matches.”

Fox believes one way to find balance amidst all the chaos is through rituals, and he encourages people to stop, breathe, relax and listen at least once a day. And if you happen to be out amongst nature for this practice, all the better.

“It’s becoming harder and harder to say ‘Stop! Let me think.’ Technology, the media, and advertising are all so binary and competitive. It’s like we live in the middle of constant shouting matches.”

A writer, photographer, thinker and adventurer, Fox was born in Quebec but his family moved around a lot in his early years. “I found myself constantly having to reinvent my surroundings,” he says, “but there was always a forest or shoreline to get lost in. My human world was unstable but my nature world had a certain stability. It’s always been a place I can go to get a sense of sanity.”

As an adult working in an office job in New York City, Fox realized he was missing a sense of connection and fulfillment. He sold everything, bought a camera and began spending as much time as possible in nature. First stop, Patagonia.

“When I am in the wilderness,” Fox writes, “the notion of human grandeur quickly disappears, my perspective changes. There is a moment when the world around me becomes mightier and greater, when the forces at play are revealed to me and my insignificance and vulnerability become obvious and unmistakable. This is when I find myself at ease.”

Roaming the untamed wilds, often for weeks at a time, Fox began photographing the incredible landscapes, plants and animals he encountered, just as he would preserve his thoughts and insights in journal entries. Feel the Wild collects some of those images and words from the past ten years of a life lived immersed in curiosity and connection.

While the book is full of the kind of nature photography that must be earned by passion and patience, Fox’s book also contains written sections on stars, breathing, wildlife, loneliness, bliss, water and the voice, as well as anecdotes of close calls in his sea kayak or tips on how to take better photographs (the trick is to learn to delete sub-par images to better value the moments spent capturing them).

“It’s as much a story book as a photography book,” Fox says. “Defining it as just photography dismisses the story about the human journey.”

And for Fox, that journey comes back to nature. He’s even come up with an acrostic poem where the letters of the word spell out what he believes the power of nature to be nature: “nurtures, awakens, transcends, uplifts, restores, elevates the human spirit.”

Based out of Vancouver for the past four years, Fox also shares his photos and ideas at live public speaking events and has started a foundation offering mentorship to raise funds to help give underprivileged youth the opportunity to establish their own relationship to nature through wilderness immersion camps.

“Kids have anxiety about the future, and we have some huge challenges coming,” he says. “But humans are not a bad species. We have a tremendous capacity to learn from our mistakes. We can see them and adapt, and it’s those moments when we push the boundary and get uncomfortable that helps propel things forward. That is the process of life—a tree gets tall by growing tiny rings year after year. Each tiny ring builds stability until one day, the tree is a hundred metres tall. That’s the same as life, you build on it and build on it and one day you stand tall too.” —ML