If you’ve been hunkered down over a computer for the last few days, you’ve probably seen multiple reports from places like Italy where images show the Venice Canal clearing up, dolphins returning to the coast, and swans swimming up the canal for the first time.  There have been reports from China of a huge improvement in air pollution, and other reports of the hole in the ozone above Antarctica repairing itself.

But what seems like a beacon of light in a relatively dark time might not all be true.  Let’s start off with our personal favourite— a heartwarming tale about a group of elephants breaking into a village into the Yunan province in China. The story was widely spread across social media, but later debunked in a piece by National Geographic. This one might not be true, but honestly—just give it a read. It’s still good entertainment. 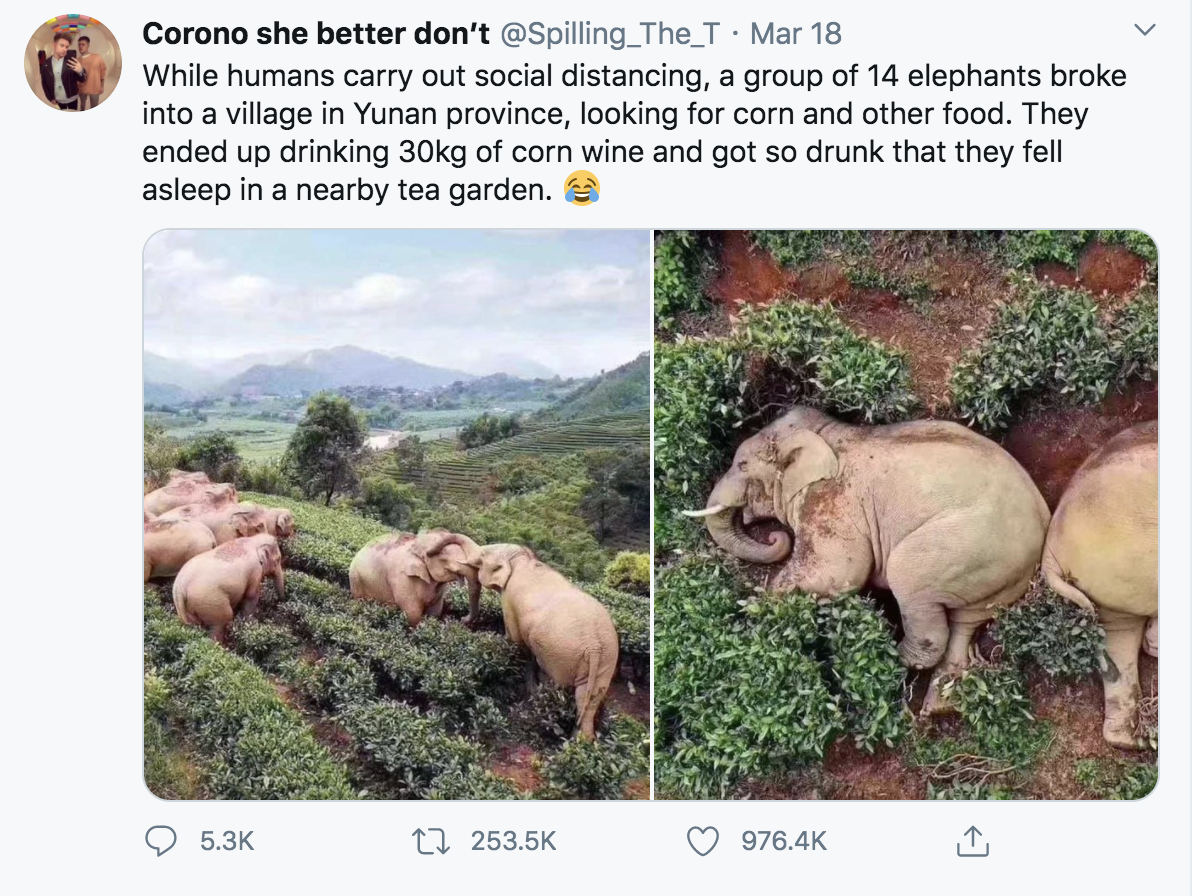 In Venice, reports of the Canal clearing up are in fact true, with fish being able to be seen swimming in the waters for the first time in years.

According to the South China Post, during the month of March, Venice would usually see nearly 700,000 people arrive in Venice on cruise ships or otherwise. Since the decline in tourism, the Canal has avoided the heavy barrage of pollution that these boats and visitors typically bring.

While the clearing up of the water was in fact true, someone decided to hop on the bandwagon and claim that dolphins were returning to the waters— a fact that has since been disproven, with the footage actually being taken in Sardinia. 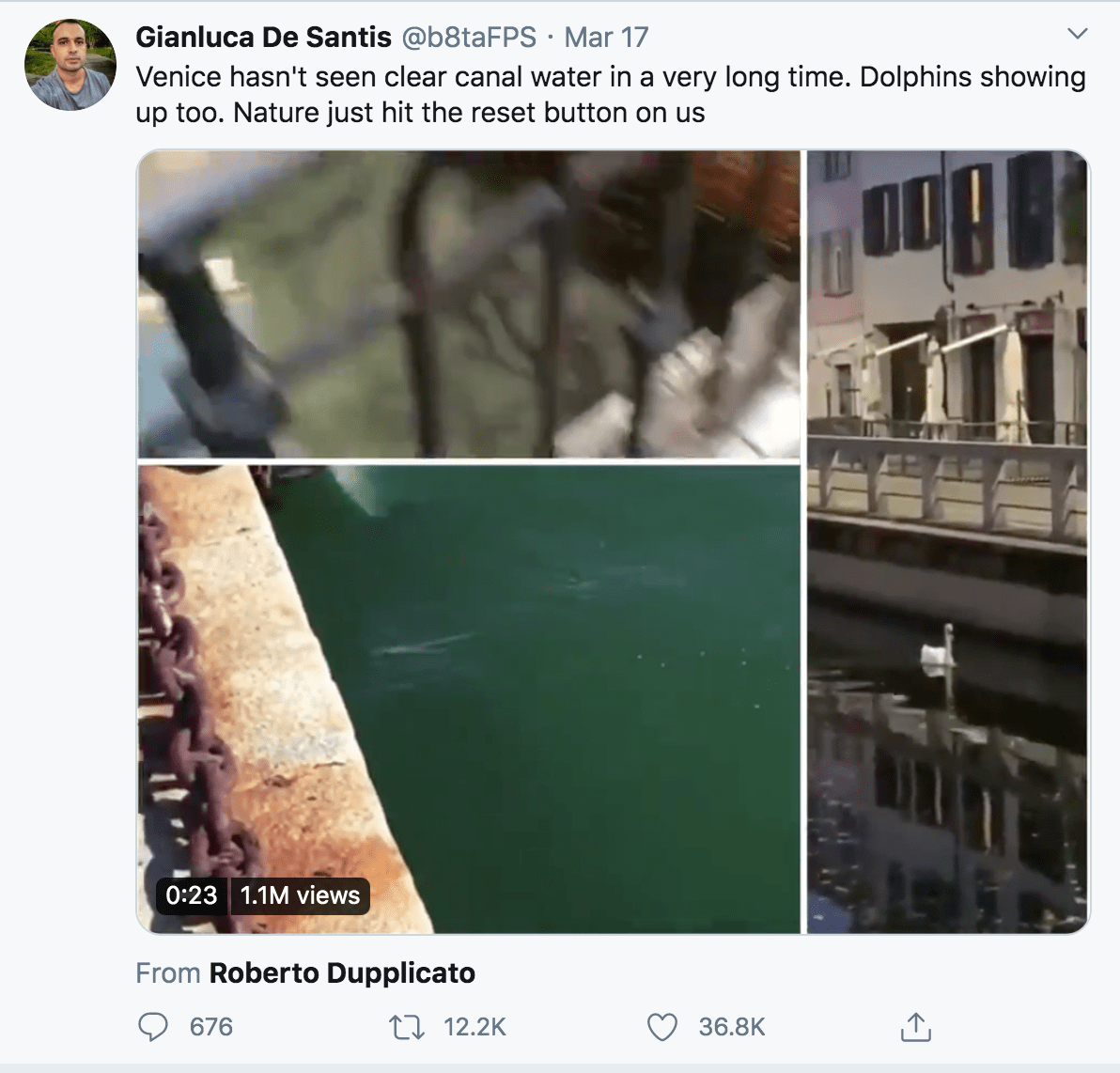 Why spread false information? Well, according to Susan Clayton, quoted in the same National Geographic piece, it’s deep down what people want to hear. “I think people really want to believe in the power of nature to recover,” she says. “People hope that, no matter what we’ve done, nature is powerful enough to rise above it.”

While not all of the information out there is true—there is some good news surrounding CO2 levels noted by scientists who are not of the Twitter variety. In Antarctica, due to changes in atmospheric circulation, a hole in the ozone layer has continued to recover according to the World Meteorological Organization. The organization has noted a decline in the C02 levels that they have only seen once since 1975 during a winter for the Northern Hemisphere, which could be a result of a lack of industrial and human activity due to the COVID-19 pandemic.

Another atmospheric change has been a drastic downturn in air pollution in areas that have been hit hard by COVID-19. In northern Italy, levels of nitrogen dioxide have drastically been reduced, according to a study done by The Washington Post.

While nitrogen dioxide is not a greenhouse gas, it is a product of combustion from cars and industrial sources, indicating a lowering in other emissions. In China, greenhouse gas emissions are reported to be down by 25%.

So, in short—yes. Some aspects of the environment seem to be recovering. But other aspects which have been widely disseminated on social media are nothing more than clickbait, with users preying on vulnerable people in a time where most people can’t find much else to do than consume all the news they can get. In a time like this, it’s important to take a deep dive into the subjects you care about and not just live by the headlines. Oh, and go get some fresh air—we could be in for the long haul, folks.—ML