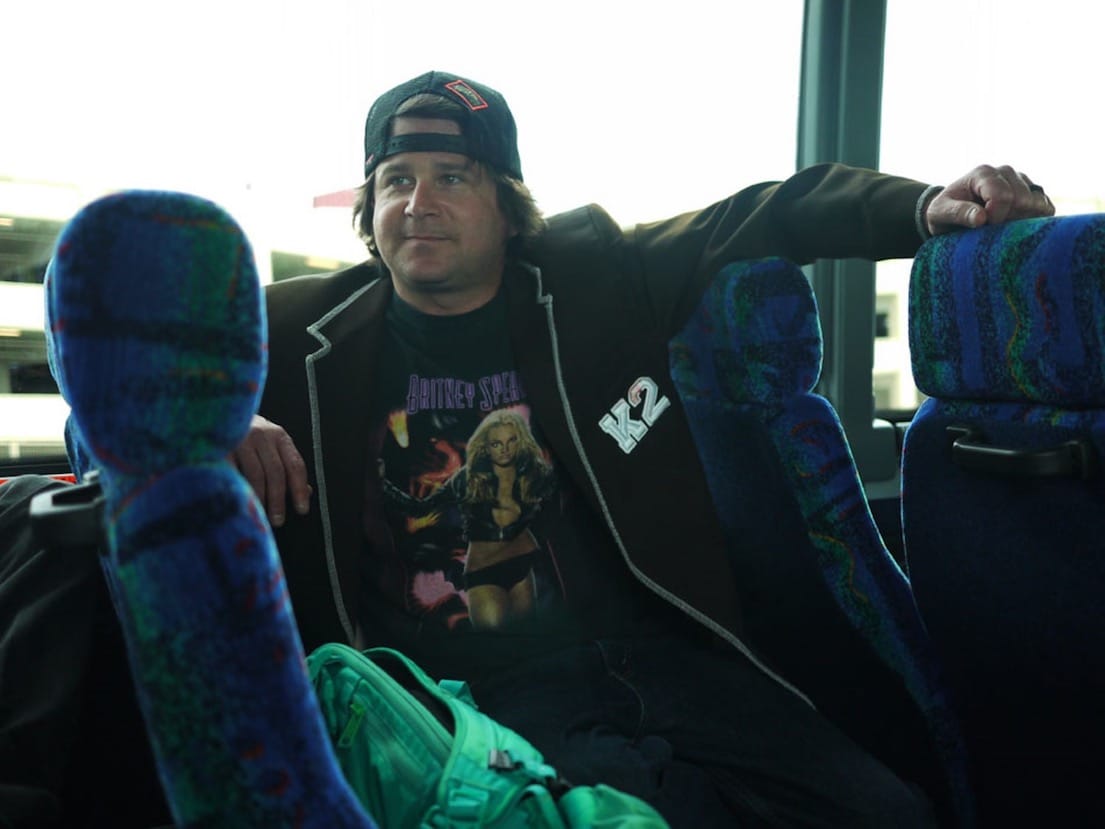 The first time I listened to the Powell Movement, I was a bit sceptical. I had heard the buzz from friends gushing over interviews with high-profile skiers, but my cynical self rejected any optimism.  Another podcast where professional athletes are brought on to gush about their accomplishments, how they handle fear, and how they are cutting back on their carbon footprint. So, I’ll admit I was taken aback when mid-way through my first listen, Mike Powell asked professional skier Callum Pettit, a question that made me feel uncomfortable in a way I never had while listening to a podcast:

And that’s a good thing.

Mike Powell was cut from a different cloth—he’s not an over-eager journalist trying to impress athletes, he’s an industry stalwart. A career that began as a scrappy sales rep for K2 has taken him through the boom and bust of inline skating, behind the mic at some of skiing’s biggest events, and now to the podcasting booth.  Mike Powell doesn’t seem to care about proving his place—he gets along with practically anyone and has a brash yet endearing way of asking pressing questions.

“I just get along with a lot of people. While I can be a jackass, people tend to find it endearing— at times.”

After working for sixteen years at K2, Powell decided it was time for a change, and in typical Powell fashion, he holds nothing back when explaining why he left.

“I left K2 to make more money. I was employee of the year, which, on paper, means you’re the best employee in the company. I got such a meagre bonus for that, that it was like— O.K., I’ve been here 16 years, I have a family now, and it’s never gonna get better.”

So, Powell did just that and left his job as K2’s Marketing Manager for ski, skate, and snow (among other duties) and left for a higher paying job—but while he was making more money, it wasn’t cutting it.

“I came up with plans to start this podcast on the clock at the other job. Not the right thing to do, but you do what you need to do”

There’s no blurred lines with Powell, and it shines through in his refreshing hour long talks with characters from every corner of the outdoor industry. He’ll often start off his podcast with a personal antecdote, for example with freeski legend Simon Dumont—“I always assumed he had a napoleon complex”.

He’ll ask questions that most would back down from, like when he decided it was a good idea to comment on pro wakeboarder Rusty Malinoski’s high voice: “He didn’t like me saying that, because he’s a monster and could break me. It was probably inappropriate of me to say.”

It’s not as though Powell isn’t aware of what he’s doing, but he can’t help himself—it’s just the way he’s always been. He’ll openly tell you that his only skill is “talking”, but we tend to disagree. What separates his podcast from most in the outdoor realm is his ability to dig deep into the interviewee’s lives and ask questions that force them to dive deep into their memory banks, revealing a side of the industry we don’t often see.

Well, Mike—we don’t feel cheated, and we thank you for that. It’s always refreshing to find a podcast that offers a fresh take on a subject, opening our minds to a new way of thinking about businesses, athletes, and the outdoor industry we all think we know. —ML

To listen to the podcast, visit The Powell Movement at www.thepowellmovement.com.