It’s unlikely The Beatles were talking about ice climbing when they penned those lyrics in 1967, but the sentiment sure applies. The importance of solid connections with climbing partners is a non-negotiable when your life is literally on the line.

Clinging to a tower of ice 150 feet above the frozen shoreline of Lake Superior with frostbitten fingers and face, Angela VanWiemeersch, 28, clutches an axe in each hand, chipping away at chunks of ice on the steep, staggering wall of HMR (W15). Belaying from below, fellow climber Sasha DiGiulian, 26, watches patiently and attentively. Their synergy is very apparent.

“As you venture into lead climbing, first ascents and free-standing pillars, it can get very dangerous,” VanWiemeersch explains. “People die all the time.”

Earlier in the trip, the ladies had planned to ascend a never-climbed ice pillar, only for it to collapse and shatter into pieces as they drove to the spot. “We just switched our objectives completely,” says VanWiemeersch. “It’s never worth it to hang out at an objective if there’s a risk of getting hurt or even dying.”

VanWiemeersch and DiGiulian came to be partners through very different climbing histories, but with a common denominator of wanting to push the envelope for future generations of women to come on the wall. They share a desire to summit great heights—and chipping their way up frozen steeples is a typical ‘girls day’ for them. 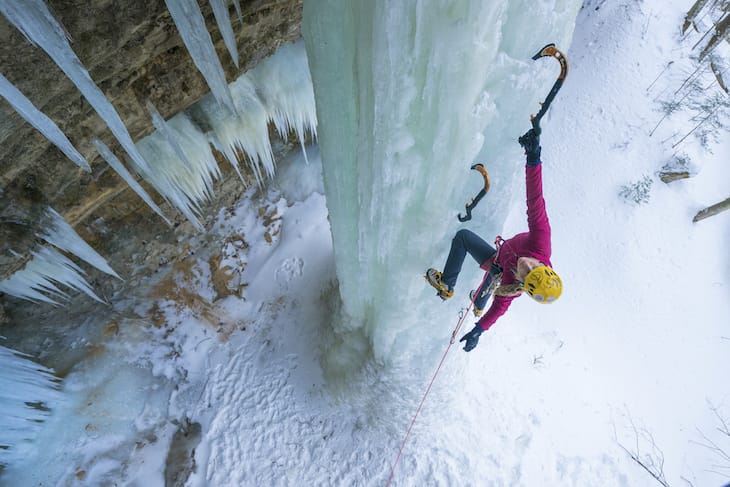 VanWiemeersch stumbled into climbing by accident. An avid snowboarder, she planned on moving to the mountains in her mid-20s. Ironically, her hitchhiking efforts landed her in Ouray, Colorado—home to an artificial ice climbing park. Learning on that venue, and out on the real ice, her skills developed quickly. Now, with numerous first ascents completed, from Michigan’s Cautiously Optimistic (WI4) to Utah’s Last Man Standing (W16), she’s truly found her calling.

Alternately, DiGiulian began climbing as a child. “My brother had a birthday party at a climbing gym—and I just really liked it.” She was six years old at the time. A year later she discovered competitive climbing, and over the next two decades she went on to win three US national Championships and put up 28 first female ascents. Most recently, she completed the Canadian Trilogy: Castle Mountain, Mount Louis, and Mount Yamnuska—the first woman to do so.

With DiGiulian looking to expand her skills and become a more well-rounded climber, one of her sponsors connected her with VanWiemeersch last winter. “I got a phone call that Sasha DiGiulian—who has been one of my heroes, you know she’s done so much for the sport—wanted to go climb with me. I was like, ‘What? This is crazy’”, says VanWiemeersch. With the stoke level high, the girls set off to explore ice in the off-the-grid area of Michigan’s Upper Peninsula.

Stepping into a new arena to scale the frozen walls, DiGiulian says, “Some of the challenges were just feeling totally out of my element at times.” However, with help and guidance from her newfound friend, she powered through and led her first successful ice climb at Bridal Veil Falls.

DiGiulian says, “Learning something new, challenging myself on terrain that I hadn’t been on before and just the overall adventure of it was amazing.”

While watching her idol take charge, VanWiemeersch recalls, “There was this bond of partnership, where I gave her the head nod and all of the sudden I saw this light bulb flash where she had all this self-confidence and she charged into this climb fearless … it was a really cool experience and she’s just very awesome about female empowerment and about supporting other ladies.” 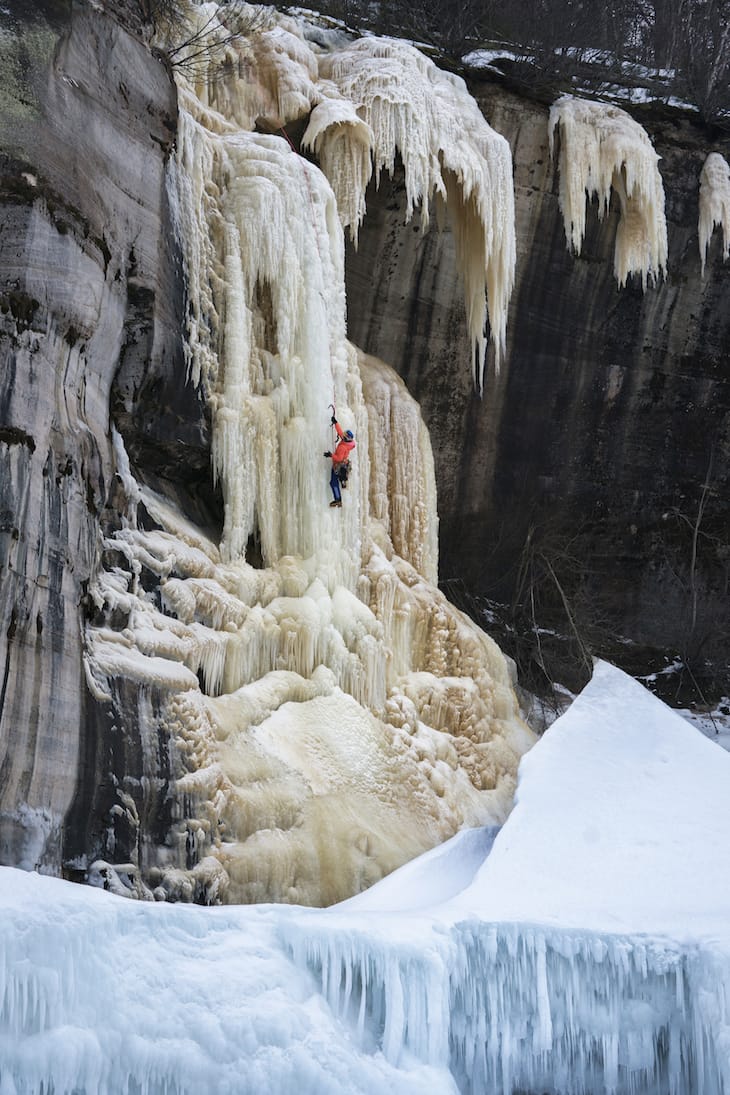 While the climbing lifestyle isn’t for everyone, DiGiulian says, “I feel most alive when I’m out in nature interacting with the elements and pushing myself.” Meanwhile, exploration is what fuels VanWiemeersch’s soul. “I love the people that ice climbing has brought me to, and a good day is coming home safe with your best friends.”

With VanWiemeersch now gearing up for her sixth year of ice climbing, she’s extremely happy with how things have turned out. In her early days, the sport was predominately male-focused, but now she mainly climbs with a group of women. “I’m just a girl from the mid-west that had big dreams. It’s really inspiring—I get messages from girls that are like 18 that want to get into climbing and they’re looking to me for answers. I think it’s just funny because it was only five years ago that I was doing the same thing. I was asking other people for answers. So, I’m incredibly moved by the whole situation.”

Modern day revolutionists, DiGiulian and VanWiemeersch are setting the stage for the generations to come as strong, inclusive, fearless, female role models, redefining what a ‘day out with the girls’ can be—one axe at a time, 150 feet up a frozen waterfall. —ML