a form of camping involving accommodation and facilities more luxurious than those associated with traditional camping. 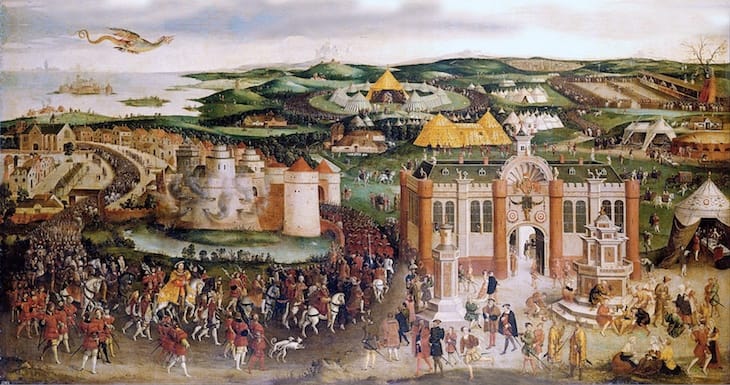 The word ‘glamping’, a portmanteau of ‘glamourous’ and ‘camping’, didn’t officially make it into the Oxford dictionary until 2016 but the first public usage can be traced back to 2005 in the United Kingdom.

However, the idea of not-roughing-it out in the wilderness has been around much longer. Large, round yurts have been in use for over 3,000 years in Asia, their portable nature integral to the nomadic lifestyle of the tribes living on the steppe.

But those yurts are a way of life, not structures erected for recreation in nature—do they really count as glamping? Same with the war pavilion of Persian King Xerxes when he waged war on Athens in 479 B.C. It was glamourous—Greek historian Herodotus wrote about the victorious Athenians discovering “tents furnished with gold and silver, and beds overlaid with gold and silver, and mixing-bowls of gold, and cups and drinking vessels.” It certainly sounds glam (Xerxes even brought his harem) but can a military campaign be considered camping? 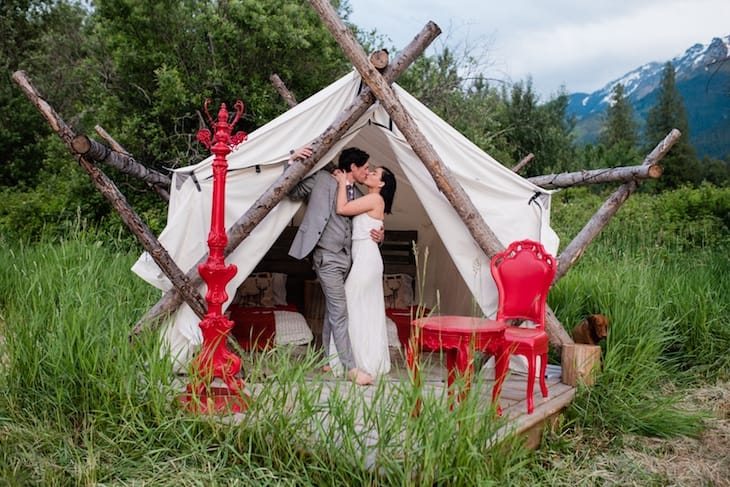 In that vein, one of the earliest instances of glamping for fun seems to be an English/French diplomatic summer tournament in 1520 known as “The Field of Cloth of Gold.” Some 2,800 tents and marquees were pitched with luscious furnishings and literal fountains pumping wine and beer.

For centuries, glamping remained an endeavor almost exclusively enjoyed by royalty, but in the early 1900s regular old filthy rich people started getting in on the fun while on safari. Realizing that murdering big animals in some of the wildest places on earth is even more fun with large, airy opulent tents to come home to, rich English and American safari hunters glamped with private bedrooms, porches and, most importantly, a never-ending supply of gin and tonics (laced with quinine to prevent malaria).

For about 100 years, glamping didn’t change much—until the music festivals took over. That first public usage of the word back in 2005, was at the Glastonbury festival.

“Glamping at a music festival makes sense,” says Liz Thompson. “People coming in from from overseas don’t want to fly with tents and all their gear.” Thompson is co-founder of the Bass Coast festival, a boutique arts and music festival born in Squamish in 2008. Now relocated to Merritt, BC, Bass Coast works with Pemberton-based Wildhavens Luxury Camping to offer 42 private bell tents with carpeting, solar lights, mattresses and bedding, and the kind of comforts one needs after 8 hours on a dance floor. The tents sell out every year. 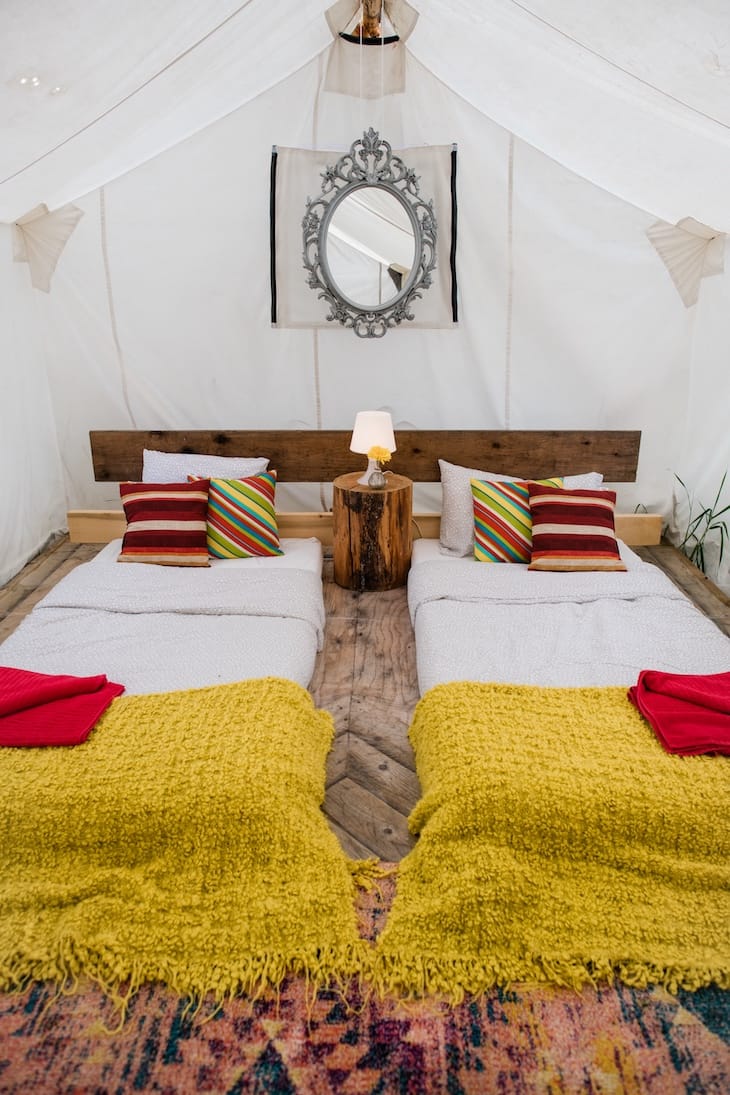 “Jay’s approach to things is to jump in and start doing it,” McIvor says. “I saw some tent designs on Instagram and we had to figure out how counterbalance these log beams safely. I wanted that aesthetic—you can get metal frames with the tents but this looks more local and DIY.”

McIvor says the camp participants get really excited about their accommodations. “So do their parents. Some of these kids have never camped before so it’s a nice step in that direction. The tents are fancy but if you forget to zip it up you are still going to get eaten by mosquitos. It’s a gateway to real camping.”

Glamping might also be a gateway to a better future. Over the past decade, glamping has snuck itself into the larger architectural trend of temporary structures. In 2017, Forbes magazine reported the trend has been embraced by young architects who see temporary structures as breeding ground for inventive ideas.

And those ideas are being put into action. In 2018, housing authorities in Vancouver built 606 modular, moveable housing units built on undeveloped city land to help ease affordable housing issues in the city.

The units don’t have gilded beds or fountains of wine, but they’re a lot better than sleeping on the ground. —ML