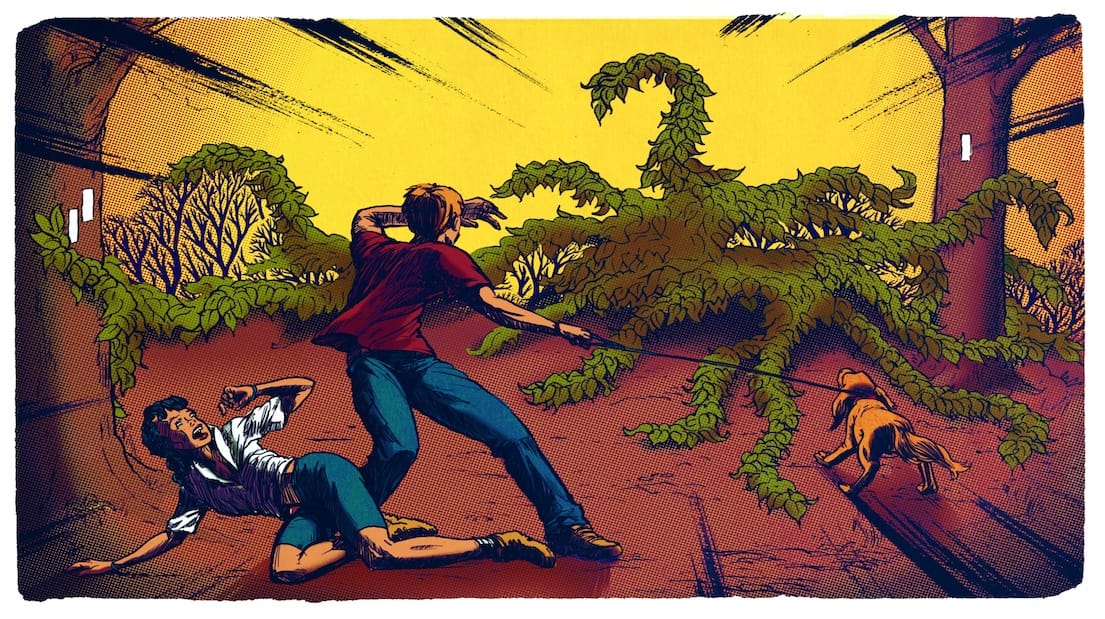 Humans have been creating lines on the land since before recorded time. For modern adventurers, these have become paths for mountain biking, hiking, and motorized recreation. In other places, such hard-won conduits are employed not for frivolous play, but for the age-old purposes of reaching water, finding food, or seasonal migrations. If this sounds very much like what other animals do, you won’t be surprised to hear that not only do we use trails made by other creatures but they, in turn, use ours. And as we share these trails, high human activity on them can lead to changes in animal and plant behavior and distribution patterns—something today’s enthusiastic trail builders don’t often consider.

To start, forest trails create novel spaces for flying insects, birds and bats to navigate the understory, supporting a food chain based on plants and the dung of animals using those trails. Trails also allow light to penetrate where it normally wouldn’t, creating dispersal corridors for non-forest plants, which naturally co-opt animal travelers as vectors to move their seeds—whether stuck to feathers and fur, or consumed at one spot and excreted at another. But here’s the problem: by the same process, trails facilitate the spread of destructive invasive plants—whether by wild animals, pets (e.g., horses and dogs) or, increasingly, humans.

Humans may not have fur, but we easily transport plant fragments or seeds on our clothing, shoes and even tires (next time you start a hike or ride at a popular trailhead, note how far dandelions and other invasive plants follow you down the trail). It isn’t just using trails that leads to this unholy seeding, but trailbuilding itself—especially unsanctioned construction by non-professionals.
That’s because noxious invasives like thistle, knapweed, Scotch broom, orange hawkweed, common burdock and Himalayan balsam are just as easily spread via transported soil or uncleaned tools. Since outdoor recreationists tend to enjoy the same types of places in which sensitive ecosystems flourish—south-facing slopes, meadows, open-canopy forest, and river and lake margin—trailbuilding without undo concern for biological impacts can send an IV drip of ecosystem-destroying invasive plants deep into pristine backcountry.

A new outreach campaign out of Squamish, British Columbia aims to educate people on these dangers. PlayCleanGo encourages outdoor recreation that also protects valuable natural areas from the spread of terrestrial invasive species. As a local partner, the Sea to Sky Invasive Species Council (SSISC) is raising the alarm about unknowingly spreading invasive plants to new areas and trail networks that can impact native flora and fauna through competition and shifting food networks.

The fitting PlayCleanGo motto of “Stop Invasive Species in Your Tracks” urges us to clean plant bits, animals (insects, spiders), and mud (containing earthworm eggs, fungal spores, and seeds) from boots, gear, pets and vehicles before and after visiting recreation sites. It further helps to stay on designated routes (where invasives can be discovered and removed) and only transport certified local firewood or hay (both insidious transporters of invasives).

To help, the SSISC has installed three boot-brush stations at BC Parks trailheads in Elfin Lakes, Garibaldi Lakes and Brandywine Falls, and is working with the Squamish Off Road Cycling Association to install four bike-wash stations at areas around the adventure hub of Squamish: Garibaldi Highlands Elementary School, Don Ross Secondary School, Brennan Park, and the Mamquam Road Parking lot east of Squamish Valley Golf Course.

As humans, we tend to see the trails we modify or create as our own, but they aren’t exclusive. If we truly love the natural spaces those trails deliver us, we need to make an effort to recognize and minimize our own impact.