Salomon footwear has a great reputation among the hiking set, but runners have been a bit slow to adopt them. The exception may be those who live and train in mountain towns, where having a trail sneaker designed to grip mud, dirt or even the last vestiges of snow becomes more important than shaving seconds off a road marathon PR. So Ontario’s Blue Mountains region is the perfect testing ground for Salomon’s latest upgrade in trail running technology, the Sense Ride 2. The shoes were designed for comfort for long runs—perfect for someone who regularly hits the Bruce Trail for 20+ mile jaunts.

The shoes didn’t disappoint when it came to comfort, especially for someone who spent the last few years running in more minimal shoes before adding massive mileage. Even on the first run, there weren’t any ‘hot spots’ on my foot, and my overly-sensitive ankles didn’t end up with the blisters that almost always accompany breaking in a new pair of shoes. The cushioning and the 8mm heel drop made tackling trails—especially towards the end of runs where footfalls get heavier and it’s harder to maneuver gracefully over rocks and roots—a lot easier. Stomp down on a pointy rock? You likely won’t even notice.

The grippy sole of the shoe helped me scramble up and down the Niagara Escarpment as soon as it was dry enough to safely do so without trashing the trails, but as anyone who spends shoulder season in the Blue Mountain area knows, mud doesn’t ever truly go away. The treads gripped mud with zero issues, and didn’t collect a ton of extra weight over the course of any run, including one that ended with a freak rainstorm. On slick, big rock a bit farther south, they gripped even the mossy, slippery sections that would normally have me tiptoeing across.

“Stomp down on a pointy rock? You likely won’t even notice.”

I’m always skeptical of laces that have some kind of pulley system, but after a few runs, I got used to them—and they never loosened up, even over 20 miles of trails. The only downside of the Sense Ride 2 is that comfort is paramount, and as a result, the shoes are a bit heavy if you’re looking for a trail racing shoe. (You might want to consider upgrading to the Sense Ride 2 GTX Invisible Fit model to drop 80 grams of weight.) 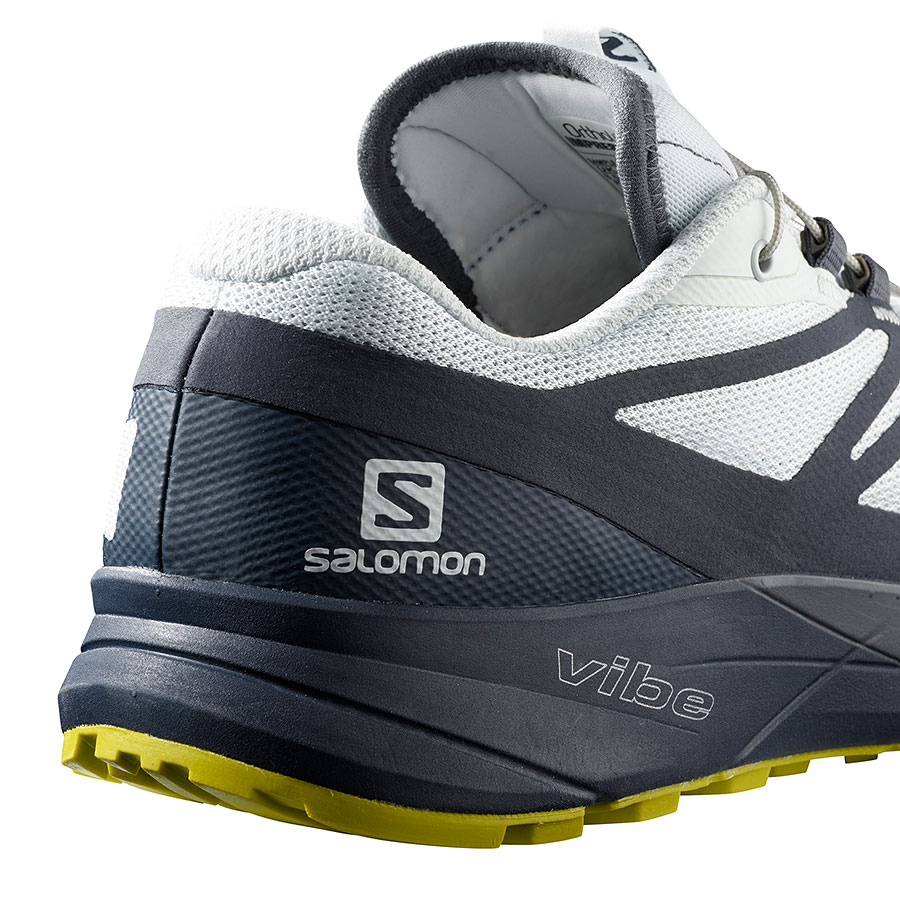 A final word on the color: Women’s athletic gear has long been subjected to the ‘shrink it and pink it’ treatment. These shoes were no exception: the women’s options are either a mint green or what they refer to as Malaga, but is ultimately a dull dark pink with bright pink highlights. While I wasn’t entirely opposed to either colorway, I did notice that the men’s options were red and gray. A quick poll of runners on Instagram showed that the guys I know would have preferred the women’s pink option, while most of the women were tired of pink and preferred the more neutral gray that was offered to the men.