Jay DeMerit has one of the most unique stories to success the sport of soccer has ever seen. After going undrafted in the MLS, Jay backpacked to Europe, slept on attic floors, and climbed the English soccer pyramid from the 12th tier to become the captain of Watford FC in the English Premier League. He also represented the US Mens National Team, playing every minute of his teams games throughout the World Cup of 2010 in South Africa. In 2011 he became the first ever signing and captain for the Vancouver Whitecaps in MLS. He finished his career in 2014, after captaining the Vancouver Whitecaps for four seasons.

Based on their ideals, Jay and his wife, Olympic Gold Medalist skier Ashleigh McIvor started the Rise & Shine Foundation and also launched Rise & Shine: Captains Camps, at their property in the mountains of British Columbia. These camp out soccer camps provide a 4 day leadership program for kids ages 13-18, teaching the “Dream BIG” mentality through a well rounded curriculum both on and off the field, and an elite mentorship program. 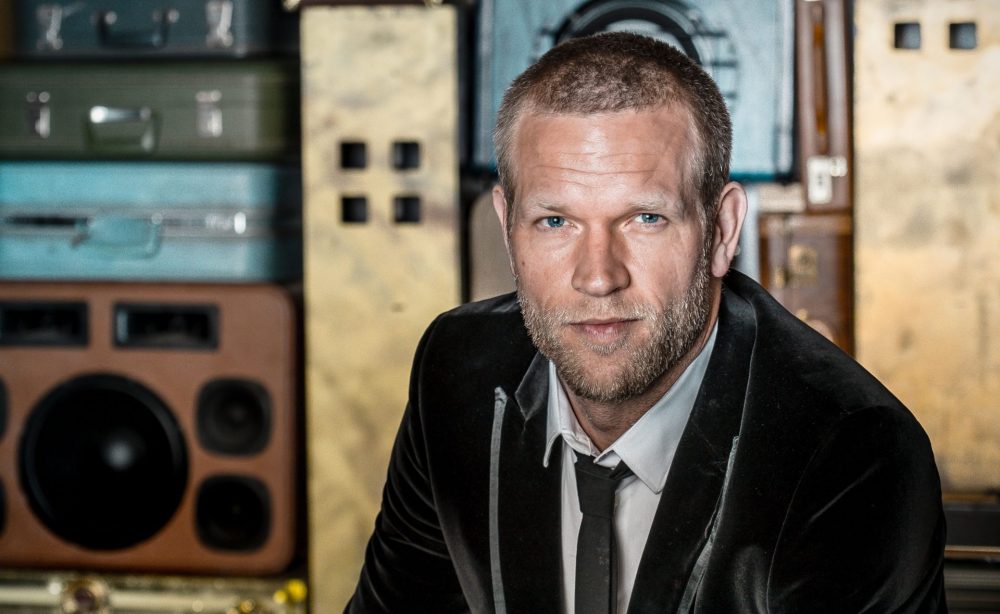 Welcome to Multiplicity 2019.  Can you tell us a bit about yourself?

In the shortest version, I suppose I would consider myself a former US World Cup soccer player with a taste for adventure, built with a design mindset from the University of Illinois-Chicago, rising through the ranks of the lower leagues in the UK to become Captain of both Watford FC of the Premier League and the Vancouver Whitecaps here in Major League Soccer. Now calling Whistler, BC home!

I enjoyed watching your Ted Talk, besides being a great story and very inspiring I wondered, do you ever wash in old bath water just for old times sake?

Haha well we all need lessons in humility from time to time, and sharing bath water to keep the heat on while living in an attic in England, slumming it in the 12th division of the soccer pyramid certainly did that. I call on those times fondly though, because I was truly living out of my comfort zone and taking on adversities to try and achieve my dream. I didn’t really think of it as an adversity at the time, it was just what I had to do. I also think of how grateful I was to have an opportunity and a roof over my head, because that’s really all I needed. 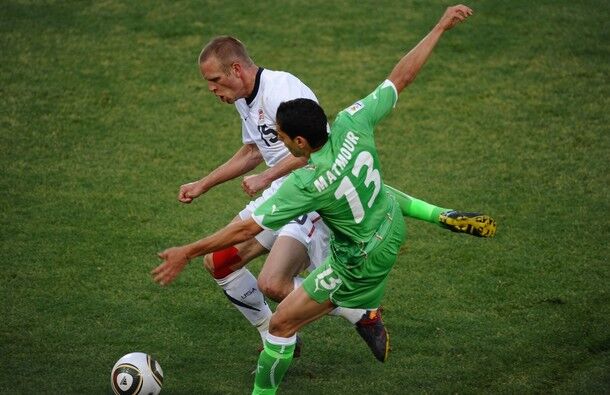 Do you mind explaining a bit about what you’ll be speaking on during the Multiplicity event?

I’ve been fortunate enough to play with and against the best players in the world for 11 years in our sport. Coaches, players, managers, leaders. All have had an influence on my life, but with the theme of this years Multiplicity being “Inclusive” I’ve decided to talk about my best lesson in teamwork that I learned in my career. It’s the story of our 2005 Championship season where we got promoted to the Premier League. I’m going to break down what I call the “Circle Mentality” and show that power of togetherness, communication, character & belief can move mountains.

You seem a bit like an anti millennial.  While the millennial is stereotyped as entitled and expecting doors to open just for showing up, your approach seems to be that nothing will happen unless you work hard to get it.  Has this approach been natural for you, were you raised this way, or do you feel it’s because of circumstances you experienced?

Id say a little bit of both. I definitely think I’ve always had a built in work ethic, as growing up in Green Bay, Wisconsin, we have a “blue collar” spirit in our blood. But it’s not like I had a tough upbringing. I had as good of a support system as anyone with a great family and a community that cared for each other. I think having that as a foundation really helped me take on some of those later challenges, and have more confidence that I could get through them. 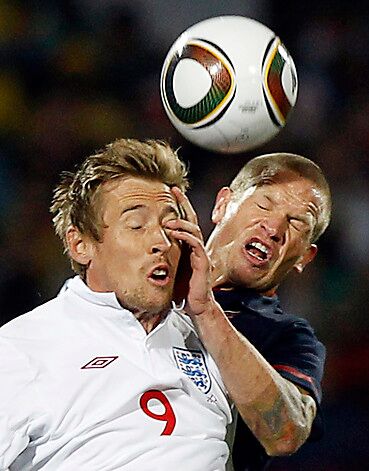 Other than soccer if you could have professionally played any sport or outdoor activity as a profession, what would it have been and why?

Probably Basketball. I played soccer, basketball and ran track until I was 18 so I was more of an athlete than a specialized soccer player. I was actually thinking about going to a smaller college and playing basketball after my high school days, and basketball actually taught me how to be a better defender on the soccer field. So I owe a lot of my development to that sport.

Since you’ve retired as a professional athlete, in what ways do you continue to use the systems and approaches you applied during that time of your life to life after soccer?  Do you have any specific examples?

I think the values I learned throughout my time as a professional are now being focused back to our youth and community. My wife (2010 Olympic Gold Medallist Ashleigh McIvor) and I have a charity called the Rise & Shine Foundation, and I run a youth program called Captains Camps. Its a 4 day program where the kids come to our property in the mountains of Pemberton, and we train twice a day on the soccer field with coaches that have played pro, but every day a mentor that is pro at something else joins us for a talk and a lesson of learning in his or her field. Doctors, designers, other professional athletes, chefs, entrepreneurs, etc have all come out to mentor these kids throughout the week and in the end the kids leave with not only a broader life skill set, but a better and more clear mindset. And any high performance athlete will tell you, a skill set can take you far, but a mindset will take you further.

BUY YOUR TICKETS TO MULTIPLICITY NOW! 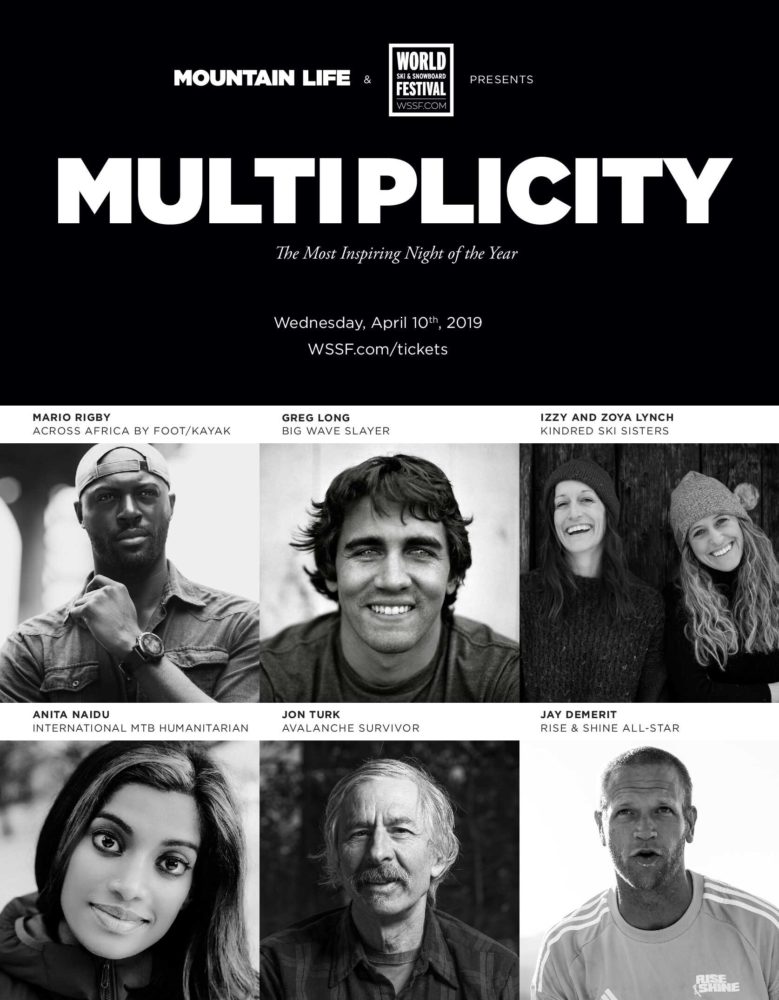 Imagine sitting around a campfire telling stories, then take that experience and multiply it. That’s MULTIPLICITY 2019. The annual event, presented by Mountain Life Media, captures human beings’ rich tradition of storytelling, then elevates it, adding in visual elements of photography, slideshows and video. The result is best compared to a TEDTalk® on adrenalin, with stories brought to you by explorers, athletes, outdoor thought-leaders, and passionate personalities from the mountain world.