Spending his summers on the Sea to Sky region of British Columbia, Australian adventure sports photographer and Olympus Imaging ambassador Lachie Carracher was constantly blown away by how many bad ass females athletes were showing all the boys what’s up all summer long.

“I got the idea for this project when shooting BASE jumping off the Chief. I would constantly see more women every day at the exit then men. The region is full of inspirational adventures but I feel the super strong female presence shredding the Sea to Sky does not get enough attention.

So many women are not only showing the boys whats up, but teaching and developing strong community alongside their adventure pursuits. “

Lachie wanted to profile local, athletes that truly shred every aspect of the Sea To Sky in summer. Freediving, Kiteboarding, Rock climbing, Mountain biking and Base jumping. 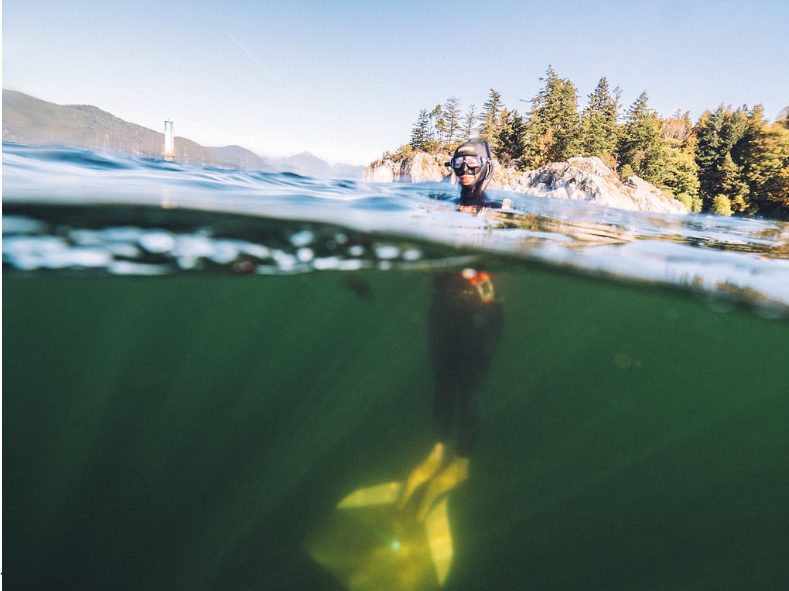 Roberta is a Sea to Sky freedive powerhouse. Having dived for 14 years, pushing her limits with what is possible on a single breath hold. Roberta has been heavily involved in the competitive side of the sport both nationally and internationally. In 2006 she earned a spot on the Canadian team and went to the World Championships in Egypt.

Having freedived and competed in all corners of the earth from; the Red Sea, Sea of Cortez, North and Tropical Pacific, Atlantic Ocean, Caribbean Ocean, Indian Ocean, South China Sea, Sulu Sea, Java Sea and in Hudsons Bay. Roberta is truly one of the most accomplished free divers in Canada and is proud to call the Sea To Sky home. 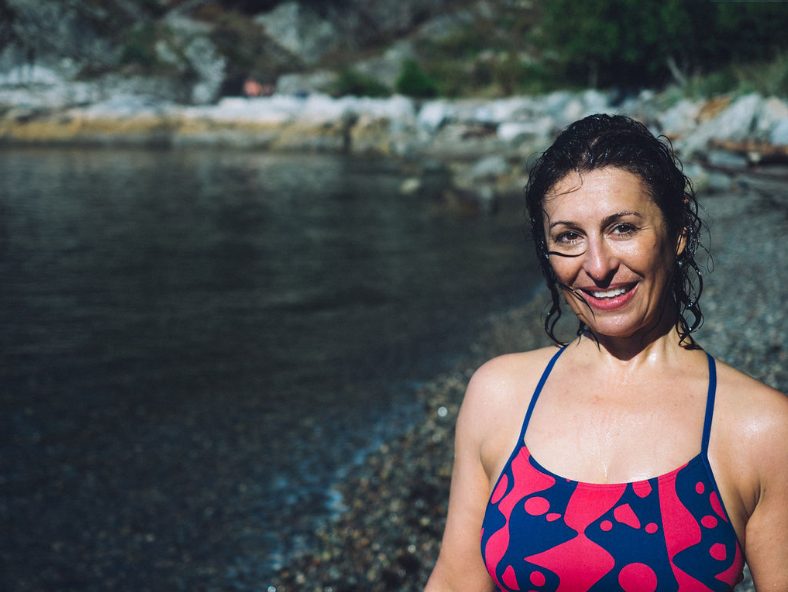 Instrumental in the progression of the sport within Canada. Roberta is the AIDA “International Association for the Development of Apnea“ Canada President with the primary goals of serving the Canadian recreational and competitive freediving community and bringing freediving education to all the provinces and territories.

“In 2015 I was certified as an AIDA Instructor and opened Oceanoid – which operates primarily as a volunteer organization with some for-profit courses and training to balance costs.

“With Oceanoid I am also a competition organizer and continue to organize and judge both pool and depth competitions in Vancouver.”

Roberta works primarily in the Film Industry as a Safety Diver and Freedive Trainer. Also working as a stunt performer and with actors who are tasked with performing underwater. 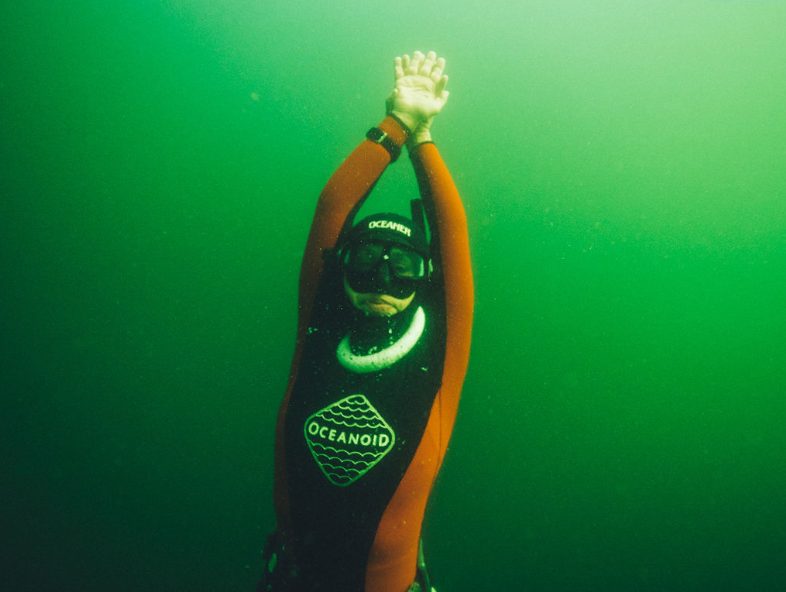 “For me freediving is first and foremost a pathway to explore what the mind and body are truly capable of in terms of adaptation. In addition to freediving I am an open water swimmer and cold water enthusiast. I swim skin year round and love to challenge my ability in cold water. My longest cold water swim was 25 minutes in 5C.”

“My true passion is as an Instructor and Coach. I love working with traditional freediving athletes using traditional training techniques but am also really passionate about using freediving as a medium to bring meditation and physical wellness to non traditional communities. I have begun to explore  freediving and in-water therapy for people with chronic pain or illnesses and hope to develop a program to serve a community of people that can’t exercise in a traditional way.“ 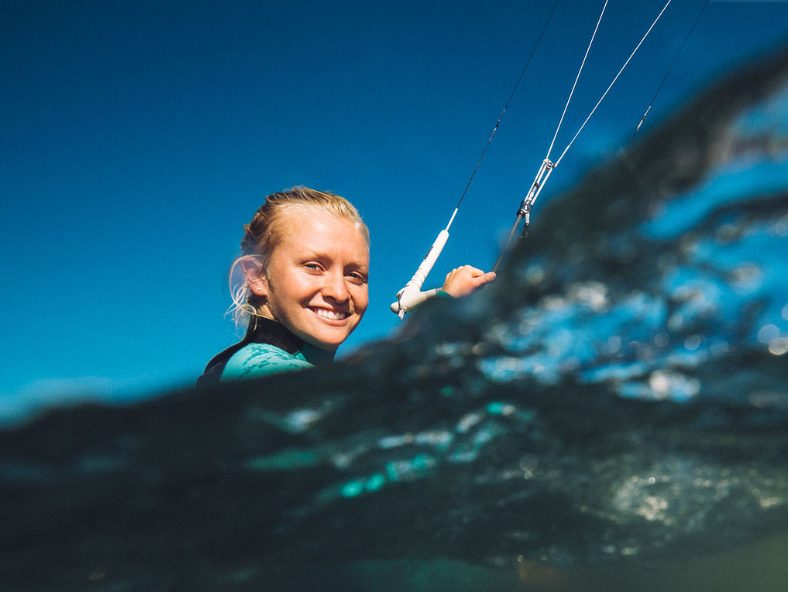 Lauren is originally from Ontario. At 22 years old and she has been kiteboarding for 7 years. Lauren is the two times Canadian Women’s Freestyle Champion (2017 and 2018)

Moving out west for University she is a regular on at the Squamish spit.

“Kiteboarding has always been a family sport. I was introduced to it by my Dad in 2012, and have been hooked ever since. I’m stoked to have joined the international team at Cabrinha kites last summer.” 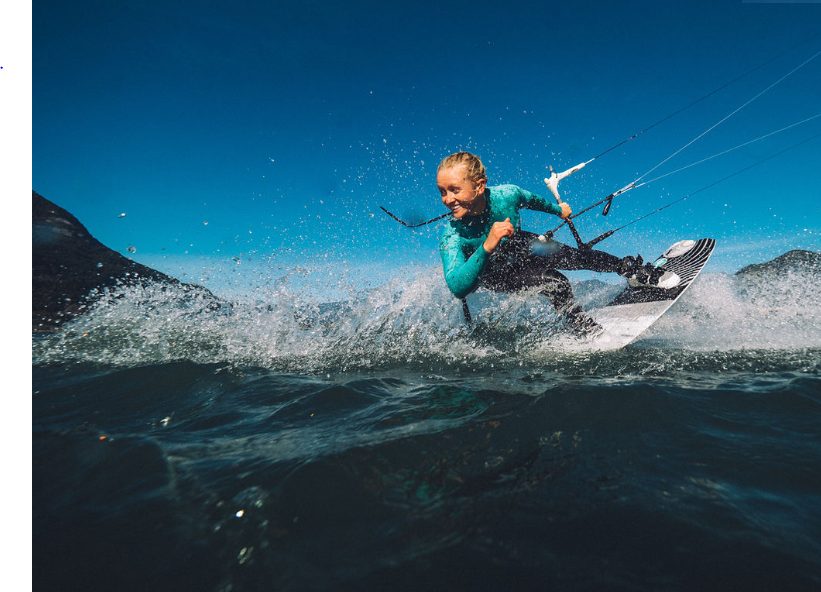 “In the next couple of months, I’ll be going on a wakeboarding trip to Thailand, then spending some time in Perth working on my freestyle game. Goals for the upcoming year are to maintain my National title, as well as progress in the KPL (kite park league).“ 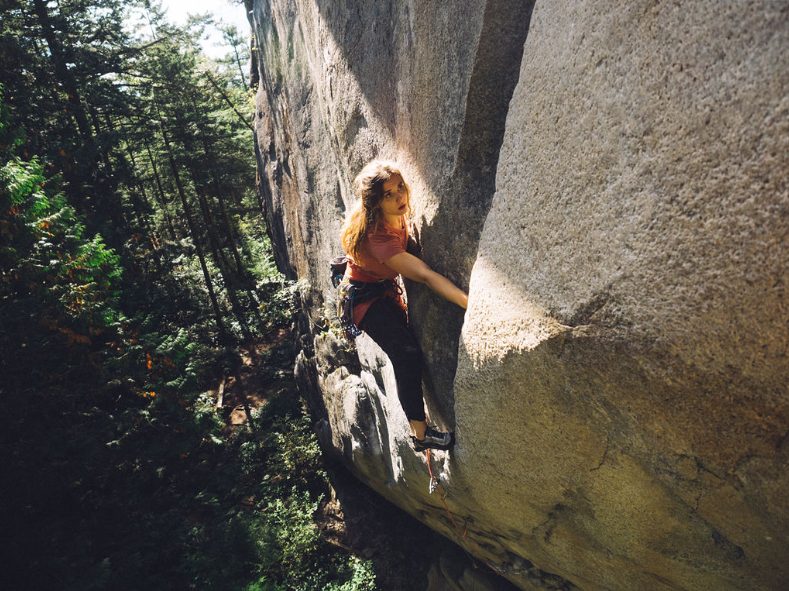 Heather is B.C born and raised by a half Scottish family. As a child she was sent to school in a kilt, but when she climbs she will typically wear pants. Her climbing partners thank her for this.

The name Lightfoot translates literally to, “likes sandwiches” (but only the gluten free kind). Heather started climbing after winning the annual thumb war contest at university for the third time. She smartly realized that if her other four fingers were half as strong as her thumb, that she would likely be able to get on top of almost anything. Thus she began climbing. Five years later the now 20-something year old spends her non-climbing time working with children, volunteering for environmental non-profits and some other third thing.

In her actual climbing time she can be found rushing to local Squamish crags after work (usually forgetting her climbing shoes on the way), or nattering her way up multi-pitches on The Chief. Her most worthy climbing accomplishments are currently, “The Flight of the Challenger” 12c trad-climb and “Calf” 13b sport-climb. Heather has climbed all around the world but her favorite place to climb is the mighty Choss Mountains of the Canadian Rockies. 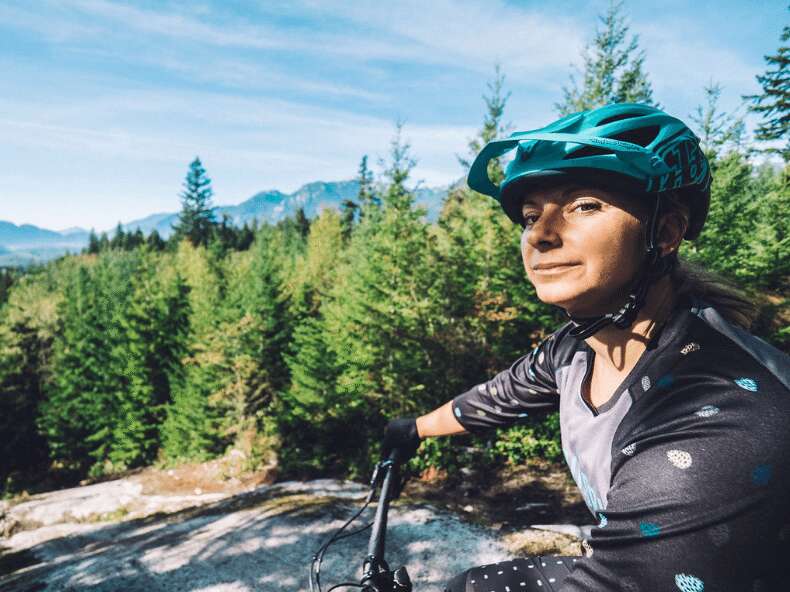 Verokia started mountain biking 12 years ago. After her first season she started downhill racing and for the next 5 years competed in the BC Cup Downhill Series.

When Enduro racing surfaced Veronika made the switch and spent a number of years racing the BC Enduro Series and Canadian Enduro Series..

Slowing down from racing Veronika got her level 1 PMBI certification and now enjoys coaching other women who want to learn to ride or improve their skills. 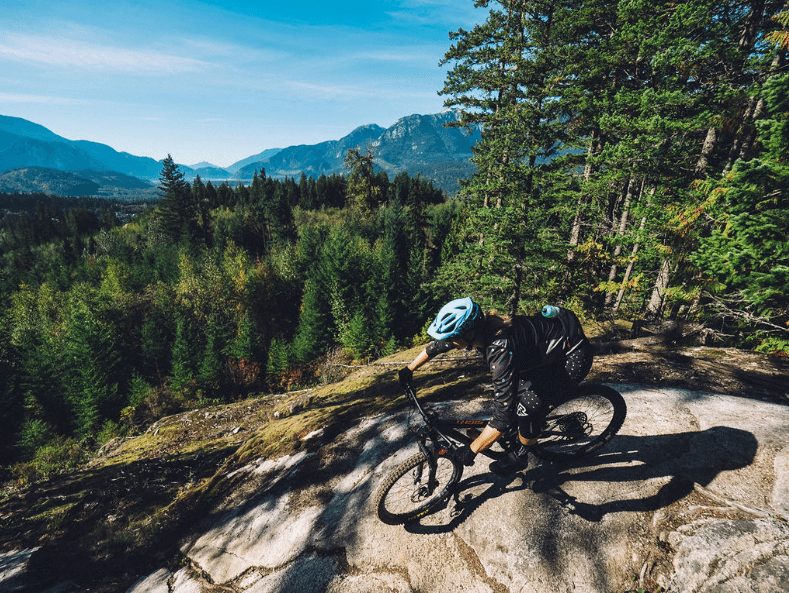 “I volunteer for several events that bring female riders together for coaching or clinics to help grow the sport in our community. “

Veronika owns a small pub in Whistler that specializes in local craft beer so when she is not out riding her bike, you can find her behind the bar serving up drinks. 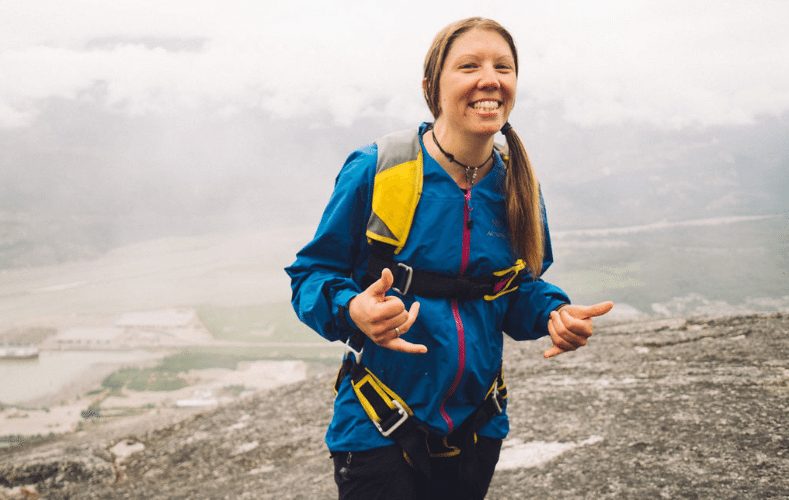 Australian born nomadic skydive instructor and BASE jumper was a resident on the Chief this past summer. With 8000 skydives, 11 years as an international tandem instructor, team member of a 47 way all female Australian formation skydiving record, 60 Base jumps last summer (off the Chief), 9 different exits and she opened 2 new exits!

Opening an exit should not be underestimated, the Chief gets jumped almost every day when the conditions are favourable and has done for years. For a new jumper to show up to the scene and show the boys some new lines is very impressive. The BASE community is tight and like many other extreme sports at the high level is full of its ups and downs. To see Sally this summer deal with losses in the community and still be hiking at dawn looking for new exits is absolutely mind blowing and deserves the total respect for her dedication to her passion.

Lachie Carracher is an adventure and lifestyle photographer based in Squamish, BC.  You can check out more of his work at:
Lachie’s Website
Instagram