On June 28, 2009, the late theoretical physicist Stephen Hawking threw a massive champagne party at Cambridge University in England. It was a party for time travellers, and on the invite he added the latitude and longitude of the university and noted “RSVP not required.”

The day of the event arrived, Hawking had the hors d’oeuvres laid out and the champagne poured, there were even balloons. “I sat there and waited a long time,” he later told reporters, “but no one came.”

A couple days later Hawking sent out the invitations.

For some, this was evidence enough that time travel is not possible in the physical sense (Hawking planned for his invitations to remain accessible for decades, centuries even), but here in the mountains we beg to differ. We time travel all the time. And the secret ingredient is snow. 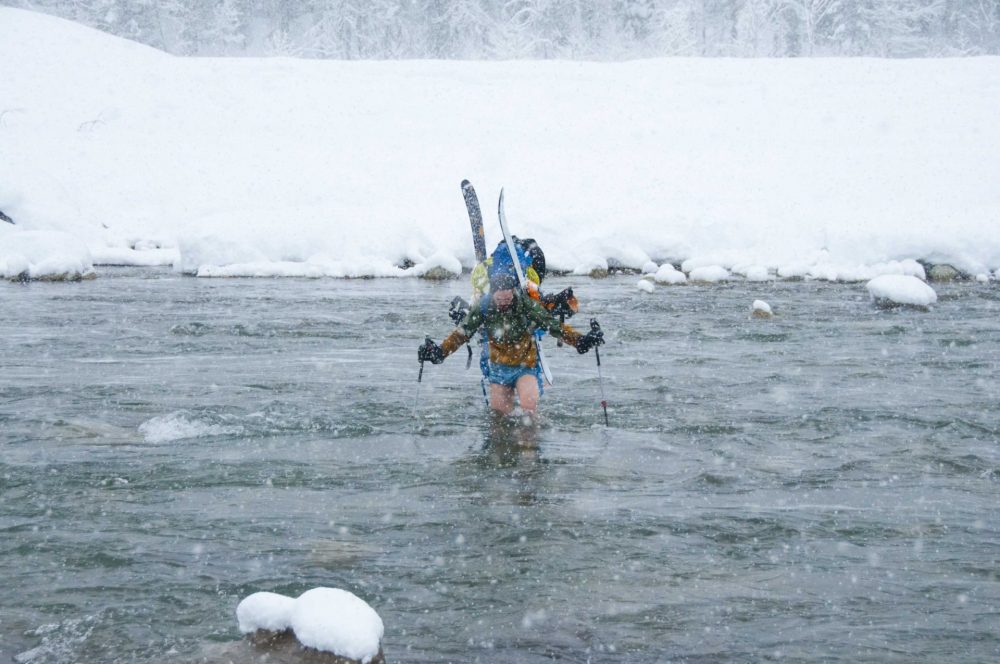 Stare up into falling snow—big chunky flakes of crystalized entropy tumbling at you—it’s almost impossible not to zone off into another dimension. The same goes with shredding pow—that bottomless, floating, prolonged moment of emotional and physical bliss can bend the rules of the time/space continuum, or at least our perception of it. A more local, less celebrated theoretical physicist by the name of Crucial Mike Jeffries explained it like this:

“The snow moving with you makes everything slow down but at the same time things are coming at you really fast. Then there’s this other thing where snow is hanging around you on each side and coming right along with you … it’s a time warp. And everybody loves a good time warp, or at least I do.”

And it’s not limited to just pow turns. Once you step off the beaten path, the Coast Mountains can feel timeless, peaceful, rich, and satisfying. The forests, rivers and the peaks seem as if they’ll be there forever. The more days you spend out in the wilderness the more time itself becomes like a river—it flows, speeds up, slows down, branches off and can sometimes even eddy back on itself. And yet it also never stops slip, slip, slipping into the future.

So be bold! Get out there and make some tracks, chase the light, and breathe in some of that crisp wild freedom. Because Time is chasing all of us—like the giant crocodile in Peter Pan, waiting to devour any dreams you leave hanging out there unlived for too long. Tick tock, tick tock … your future is calling, the mountains are calling, life is calling … and the champagne is ready. RSVP not required.