Ben Lecomte is in love with our oceans.  He’s also disturbed by the way our planet seems to use them as a global garbage can.  Out of sight out of mind is the old adage and it certainly holds true for how we handle our garbage.  Plastics, with their amazingly long life span end up floating for incredibly long times in the oceans.  Big chunks, small bits and microscopic pieces, all floating around the water column.

Ben has taken it upon himself to do his best to raise awareness for not just the state of our oceans, but that we can – and all should – take part in the change that is needed.  He’s decided to swim across the entire Pacific Ocean, a feat never before completed.

However just as he hit to 1,500 mile mark, their support vessel the “Seeker” was recently in a massive storm and suffered such heavy damage that the trip had to be canceled.  We caught up with Ben to hear about his swim.

Have you ever seen “Life Aquatic” by Wes Anderson?  You’re beginning to look a little like Steve Zissou himself with your great beard!  In the film he was greatly influenced by a fictitious character that was the mirror image of Jacques Cousteau.  Who are the people that inspire you in general and also specifically with regards to your big swims?

I have never seen that movie but of course there were people who mentioned that. As for inspiration, my father inspired me greatly.  He wasn’t an open water swimmer, but he was very charismatic and always chased his dreams. Another who inspired me a lot was the person who rode across the Pacific Ocean in a small boat.  When I was a teenager swimming open waters I thought that if a person can row on his own in a small boat carrying all his food and supplies, maybe I can swim across the Pacific. 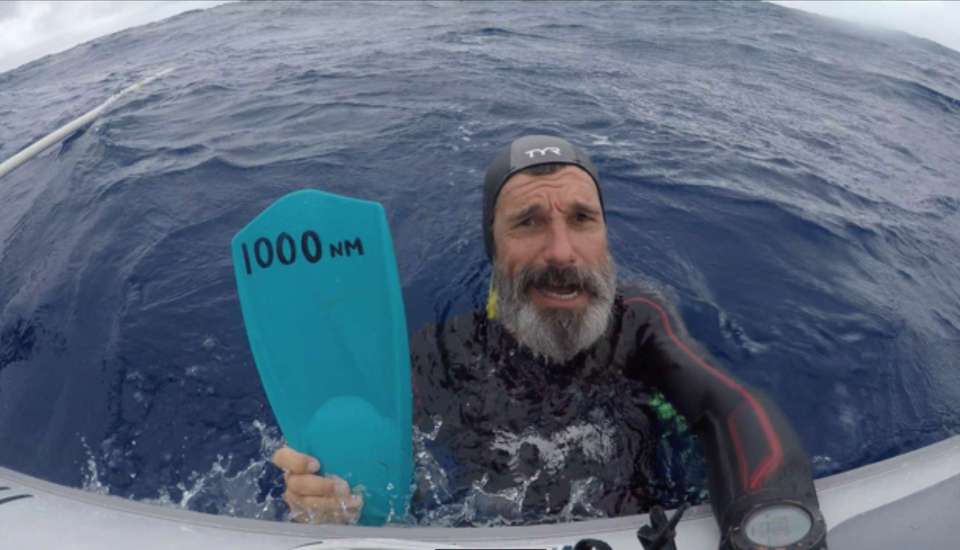 Sounds like there was some recent trouble because of big storm?  Is everyone OK? Exactly how big was it? Was there any fear on the boat or just lots of discomfort?

Everyone is safe and we’re back on land.  There wasn’t any fear with the crew as it was never a situation where we were losing control of the boat.  It became a decision we had to make after the accident happened for all of our safety.

How are you feeling now that the mission might be over for now?  What is a greater force inside you, wishing you could keep swimming from a physical perspective or from a raising awareness perspective?

At the beginning it was difficult to accept the fact that I had to stop because I felt like I could have kept going.  On a personal level I would like to push my limits and say I’d be able to do it, but the overall message and awareness is more important. 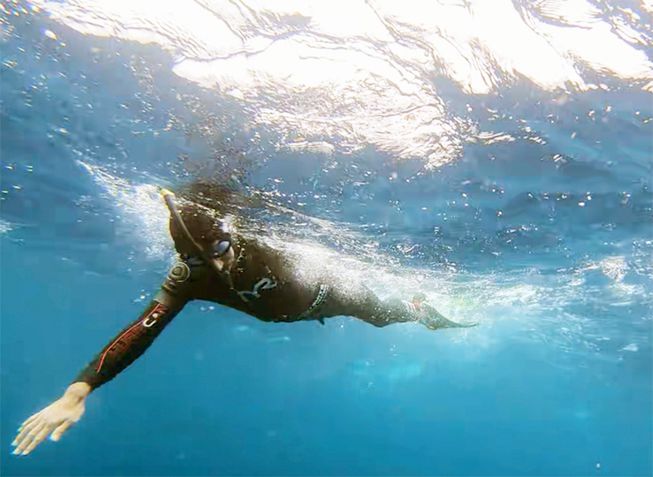 There are many ways in which this journey could have been cut short, do you think its more challenging that a circumstance outside of your control cut it early?  Or would it have been harder if there was a reason your body wouldn’t have been able to continue?

If it wasn’t microplastics, what is second on your list that you’d like to draw attention to in our world?

It’s about what we do on land and the impact our everyday actions have in the ocean.  A lot of what we do ends up in the ocean and unfortunately it’s being treated like a big trash can.  Everyday I was in the water I would see many items that could have easily been disposed of properly, such as a cup, shampoo bottle, plastic dishes. 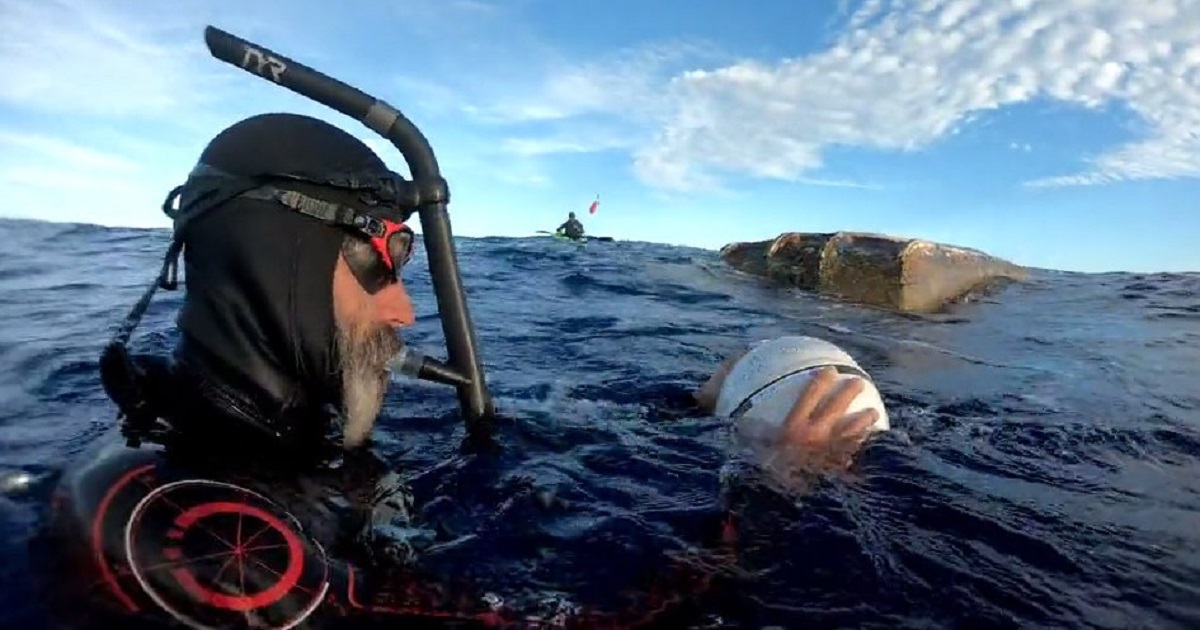 Have you seen any fish through your goggles while out in the middle of the Pacific?  Or is it just blue for eons?

Of course. We saw lots of sharks, four different types of whales, swordfish, tons of other types of fish, turtles, and squid.

In your time swimming across the Pacific or even Atlantic, have you ever swam past or seen other vessels?  Have you ever communicated your mission in person out on the ocean or is it 100% over satellite internet while on the water?

We came across a big container ship but when you’re out in the middle of the ocean we keep communication to a minimum with other ships just letting them know where you’re at and what you’re doing but we didn’t go into too much detail.  Everything regarding the mission was handled by Seeker, who uploaded the video content we produced from the ship.

Thanks for your time talking with us, we’re really sorry to hear what happened.  We wish you the best on spreading the word about our oceans!