The future of women in snowboarding is incredibly bright, with a younger generation now claiming their place in competition, the backcountry and slopes all over the world. Exciting, limit-crushing boarders like Chloe Kim, Hailey Langland, Maddie Mastro, Julia Marino, Reira Iwabuchi, and so many more awesome riders keep raising and then exceeding the bar of what’s possible. Their tricks are getting more and more advanced, not only attracting the sport’s brands and media, but also inspiring a new generation of girls to rise up and ride. Phenom, Chloe Kim, landed back to back 1080s in the halfpipe at the Olympics, Julia Marino became the first women to execute a cab double underflip, and Kokomo Murase, who at only 13, stomped a Backside Double Cork 1260 Mute. 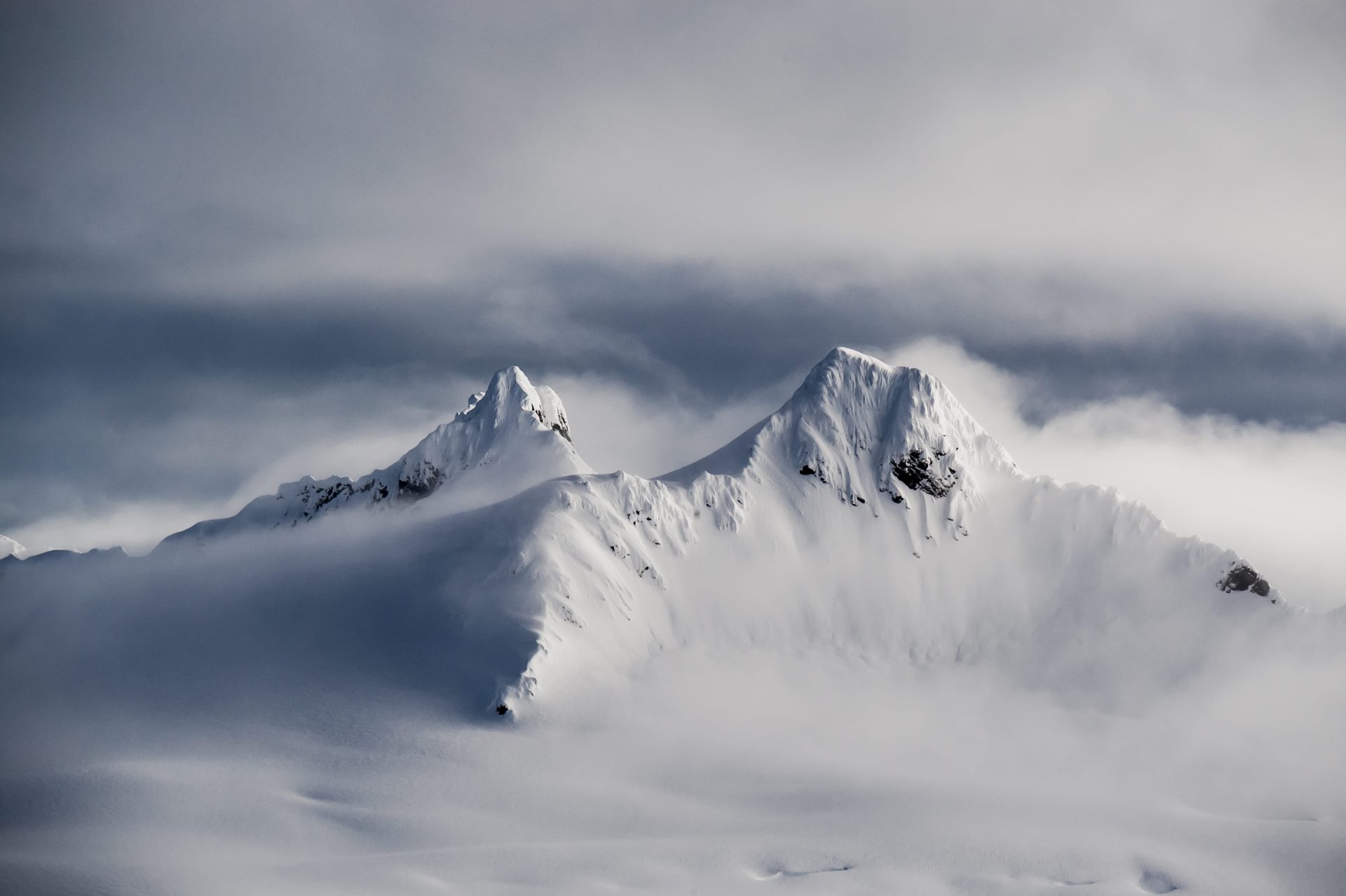 More opportunities to showcase female talent are popping up throughout the world, including girls ride days and female snowboarding competitions like Lindsey Jacobellis’ Supergirl Snow event.  As Jacobellis offered, Supergirl Snow is an “all female event in Big Bear this past March… It was a PRO /AM comp and was an amazing venue for young girls and families to be a part of.”

Another opportunity is Kimmy Fasani’s Amusement MTN. To describe what it is, Kimmy says:

“It’s a thought to bring women into the backcountry and help them progress and allow them to learn everything that I’ve learned over the last eight years, but in an expedited form. I really want to be able to pass down my knowledge because the more I can share, the less hurdles they’re going to have to jump. It’s such a small field that films in the backcountry. So I wanted to just give these women a free for all and help them get educated and hopefully help inspire them to get in the backcountry because we need more women out there… I like giving back to women’s snowboarding and it’s really fun for me to be out in the mountains. It’s a good excuse for all of us to get together and to have mentors… I’m also looking at expanding it to salute the women that have done it for the past three years.” 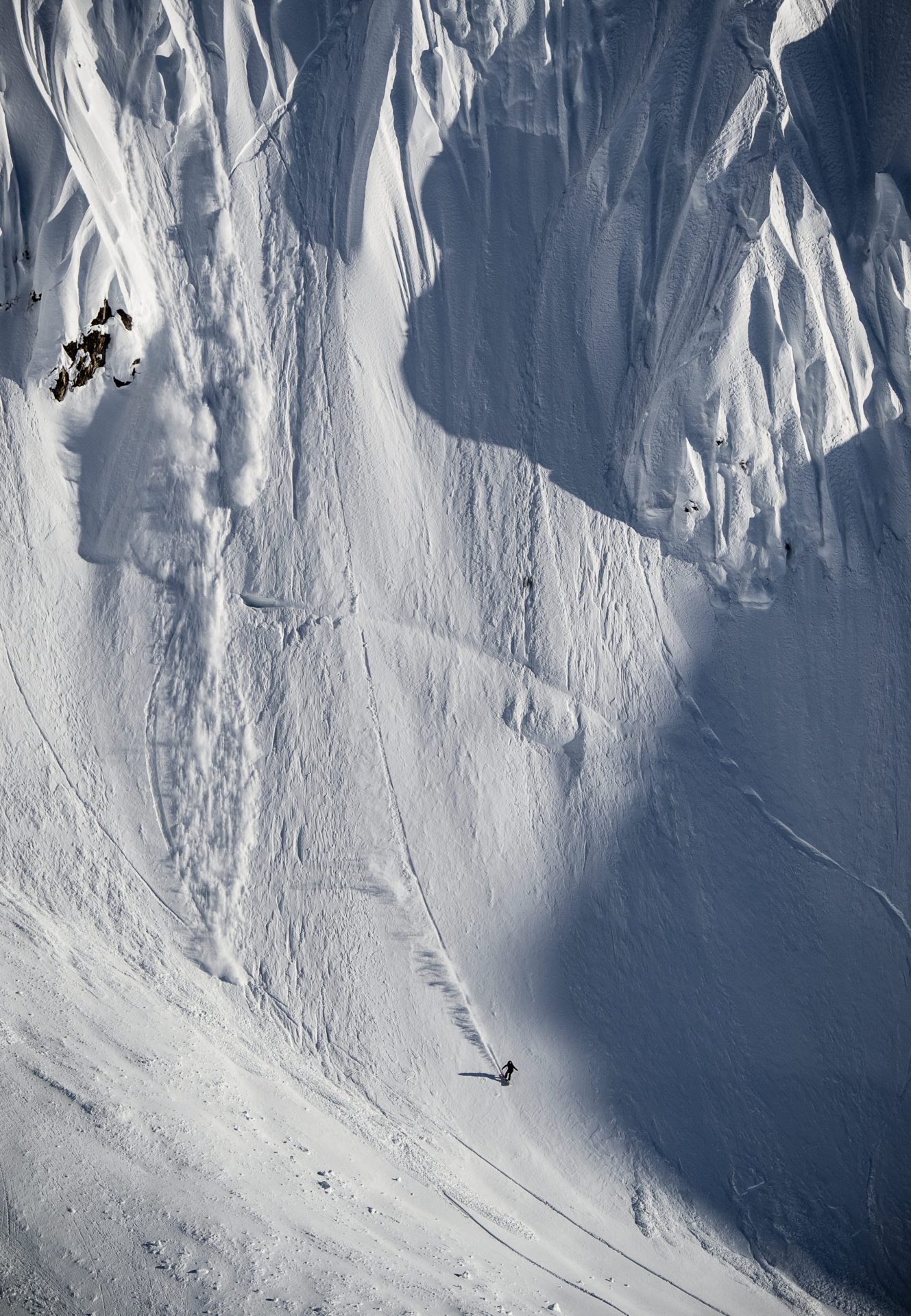 Kimmy’s Amusement MTN is an incredible way to learn about the backcountry from an experienced, gifted rider and to further women’s progression in the backcountry. One of her success stories is Maddie Mastro, Olympic halfpipe snowboarder. “… she [Mastro] showed up without having an avalanche education and backcountry awareness course under her belt. And I just agreed to have her be part of it. I would mentor and she would take the course after,” Kimmy  says, “I loved watching her show up because she was young, she was 15 or 16, and she was just such an amazing snowboarder, not just in the half pipe but in the backcountry and had such a stable mind and watching somebody so young, she’s so energetic and inspired to really further their skills.”

Women’s Ride Days are such great opportunities to take a day and board with awesome, talented snowboarders and make new friends. Pro snowboarder Kimmy Fasani talks about the importance of  women’s ride days:

“[they] help encourage more women to get out there because so many women I speak to say I went out with my boyfriend once, it was a horrible experience and I never want to go again. If instead they got a welcoming experience, it would change their mind and just branching out and not focusing so much on the core of speaking to women who are already in the sport, but talking to moms and talking to young girls. Let’s raise our girls in the mountains and show them that they are capable of being out there, so more little girls see that it’s possible to be tough, brave, and strong… But if we really show them that they can be out there, that will help breed a whole new generation and provide a lot more possibility.” 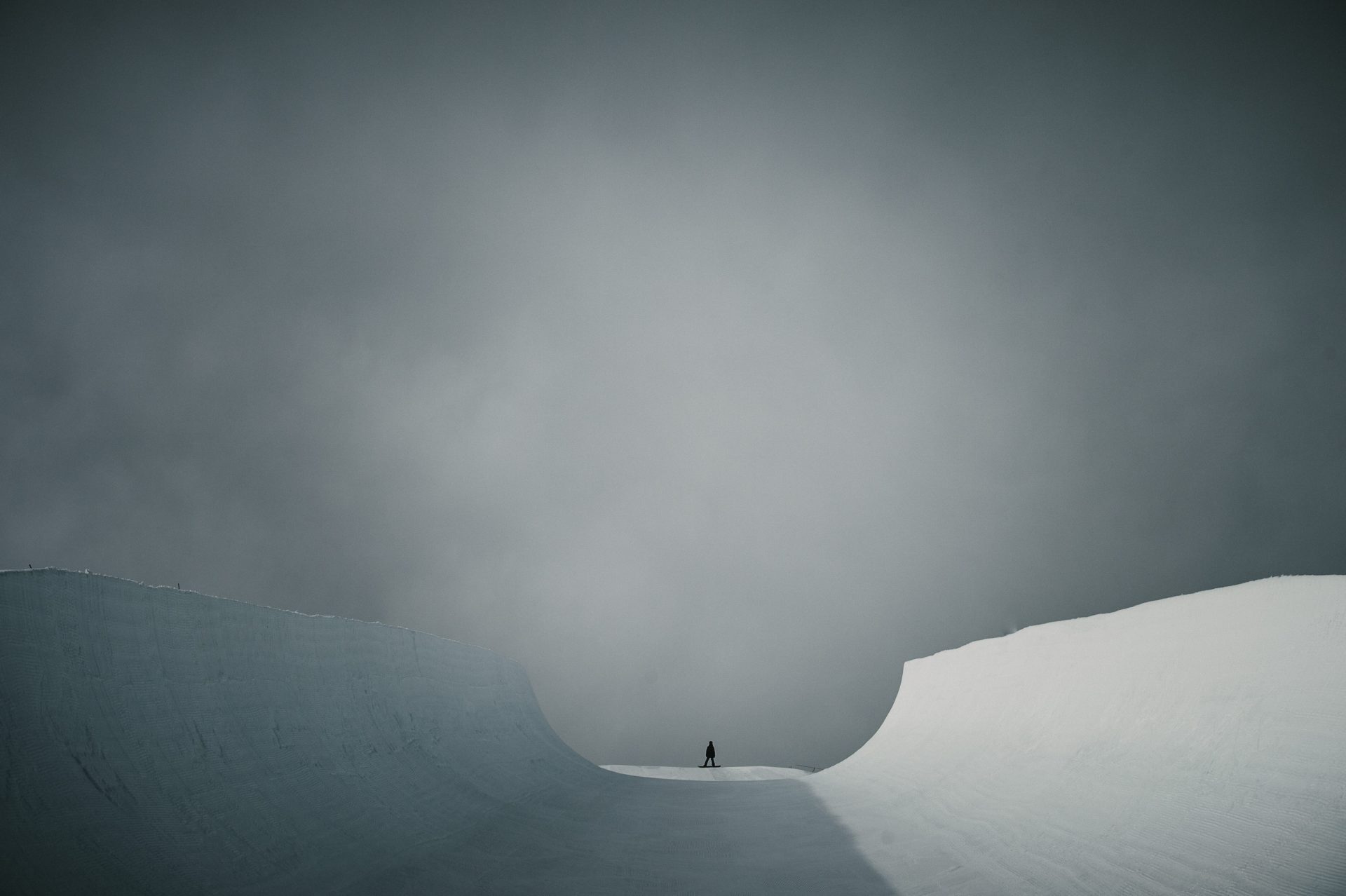 Beyond raising the profile of women in competition and on the slopes, one of the biggest issues on the pro-side is equal pay and equal representation in film and tv. On the importance of equal representation, competitor turned backcountry legend, Marie-France Roy, says “I think it is very important to keep giving women opportunities in all sports because it provides a very healthy source of happiness, self esteem, health and inspiration for younger girls to be active and be passionate about something they love.”

Fellow competitor turned backcountry rider, Kimmy Fasani, adds “I think it’s so important. I really want equality, you know, like I want to have the same opportunities as the men on my team and I never want to feel like I’m second best and it’s happened to me and it’s happened to so many of my other female pros, you know, it’s like we have photo shoots dedicated to us but it’s kind of like an afterthought and we just have to keep being vocal that we want that place because I think a lot of that comes from the people who are running the company.”

On the representation question, Danyale Patterson brings it home, sharing “… if it’s only men that ever get the spotlight, how will girls get inspired or get the confidence to snowboard. I guarantee if we got equal representation there would be an equal amount of women snowboarders.”

The thing is that this change can only happen if more people, both women and men, are advocating for more representation and equality for women in snowboarding. Sure, there are growing opportunities for awesome life changing projects, women are slowly taking more power in the industry through the business side. 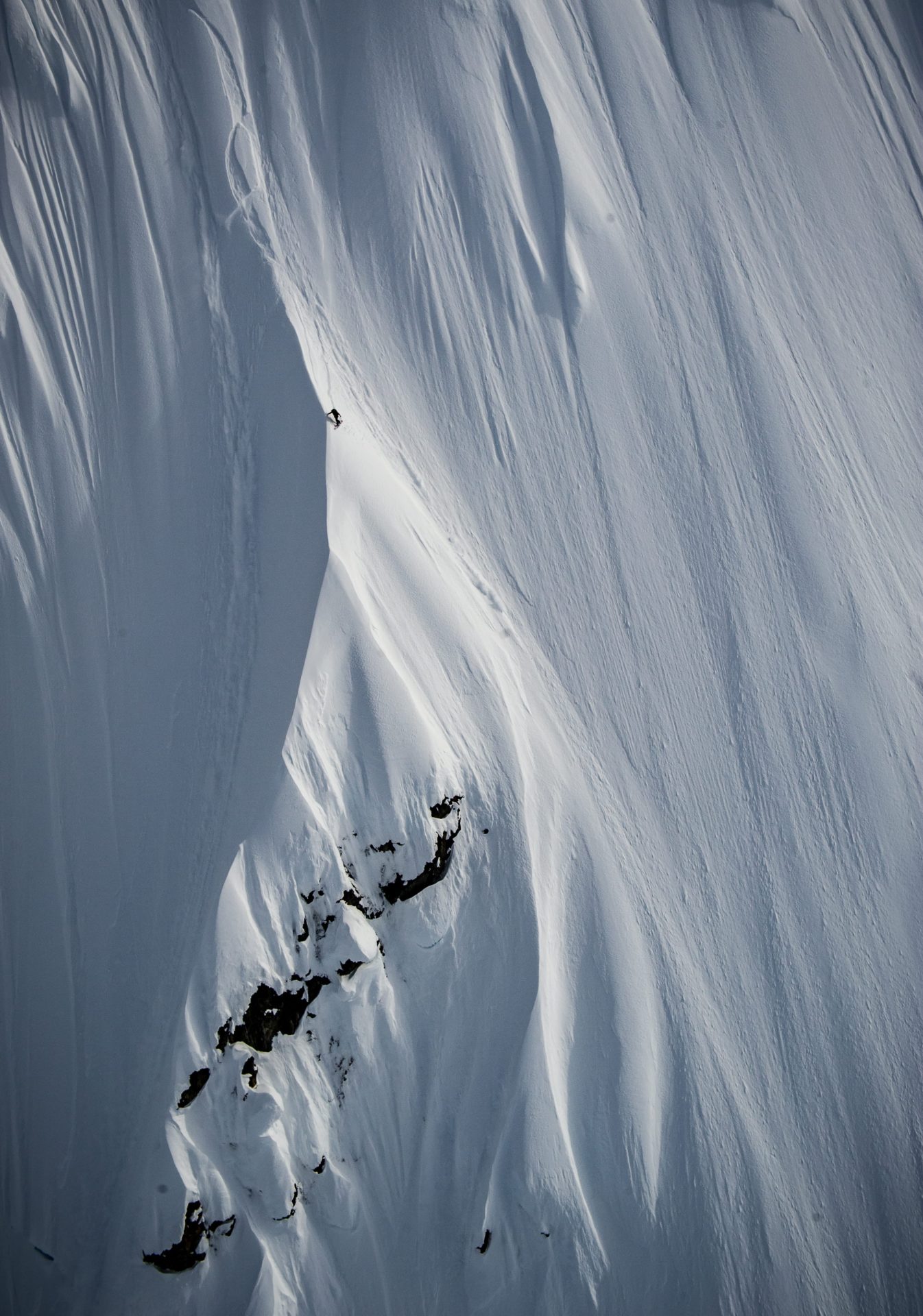 Burton is a great example. Under the leadership of Jake Burton’s wife, CEO Donna Carpenter, Burton has introduced initiatives for equal-pay for women. They have become strong supporters of women in competition, sponsoring many athletes. Burton has also invested seriously in developing snowboards, accessories and apparel for the women’s market, and rolled out Burton Girls, a female focused brand and community. Carpenter doesn’t just run the company these days, she is also a regular fixture on the slopes, cheering on and riding with the women Burton supports. On the impact of having a female CEO, Burton sponsored rider Kimmy Fasani comments:

“Donna is so passionate about standing behind her team and she’s been a huge voice for us as women athletes. As soon as we feel we are getting pushed to the back burner, she stands up and waves a flag for us. We’ve been able to be vocal with her and it’s really incredible what a woman CEO does for whole energy of a brand and for the athletes. And especially for me as a new mom now, if that was a man at the head of a company that I had to approach and say I want to continue my job, I don’t know if I would have still had a career, but she understands. She has a family and she has an amazing women’s leadership program at Burton that really helps to keep women employees there through a family.”

And, in addition to Donna Carpenter, although at a different company, Barrett Christy is ruling the corporate world. Making sure the next generation of female snowboarders have the best boards and bindings available to them, Christy is Mervin Manufacturing’s women’s brand and product manager, a position otherwise known as “Director of Awesome.”

It’s not just about having more women on the slopes, competition and backcountry, it’s also about having them in the industry, making decisions. “I feel like times have changed,” says Marie-France Roy, “and there are a lot more girls snowboarding and the industry has evolved a lot to get them more included and to provide more equality and opportunity. There are still lots of improvements to be made but I think that having women working for snowboard companies has been the main source of change.”

It’s also great to see that, as many of the early pioneers who began in their early teens head into their thirties, take on other responsibilities and often have families, the culture of snowboarding continues to grow and support their changing priorities, needs and desires.

Kimmy Fasani recently had her first child and before telling her sponsors, she wasn’t sure how that would impact their decisions. Of course she would want to continue following her passion, but the support of her sponsors would be a determining factor in her future. Thankfully, they were extremely supportive of her, and her experience as a pregnant female athlete is one that should be replicated. On the topic of her pregnancy and how it affects others she said:

“It’s going to make it more appealing for a professional snowboarder to start a family  after seeing that it’s possible and can be supported. I think that that was a huge movement from Burton to support me because not many women have been able to continue their careers after having children in athletics. It seems like a really daunting task. And the one thing that my sponsor has asked me, is we want to support you, but we don’t know how. And that’s totally understandable, it’s going to be a couple of year investment in me as I figure out how to be a mom and travel and be in the mountains with him. As for the industry, I think it’s hopefully changing the spectrum. It’s not like Maddie and Anna Gasser and Hailey Langland are going to think about having kids now. I’ve just graduated to a different platform now and I’m going to speak to a different audience. I’m hoping that I can speak to an audience that’s full of moms who maybe haven’t got back on their snowboard since having their kid five years ago. And hopefully I can invite them back in and say we really appreciate you and want you to be back because we want your kids in it as well.” 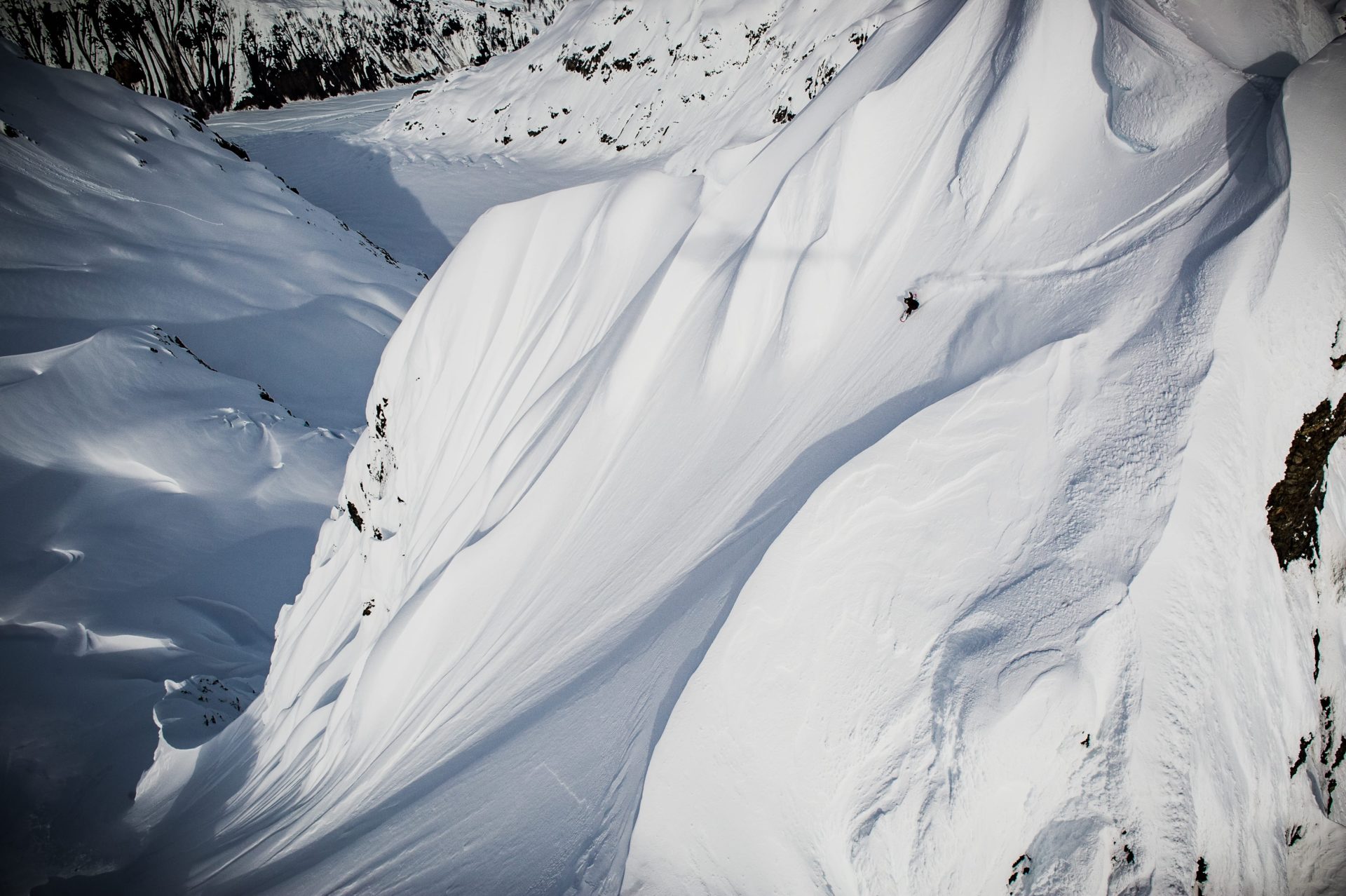 Further commenting on the future of women’s snowboarding, Kelly Clark shares with Bustle, “Anyone who’s in leadership, whether they’re in athletics or the business world, I think wants to build a culture that essentially they can step back from, and there won’t be a giant hole. I think I’m finally getting to that point where I can look at women’s snowboarding, I can step back, and I can proudly say that there’s not going to be a giant hole.”