It was eight am when my eyes started to twitch from the pain in the back of my head. I had spent the previous day driving into Revelstoke BC, from my job in Alberta, and had joined a few friends on my arrival for some drinks. As I pulled myself up and out of bed, the evening discussions were coming back to me. I was supposed to be at the gas station for 7 am. Realizing that I was now an hour behind I rushed to the gas station, fueled my snowmobile up and headed out to one of the more unknown sledding areas in the Revelstoke area.

I drug behind my friends snowmobile to reduce his speed on the decent into the cliff, and could feel the instabilities in the snow beneath me.

Once I arrived at the staging area, I could see that most of my crew’s vehicles were there with empty trailers and truck beds. In a hurry to catch up, I unloaded my snowmobile and pounded the trail in hopes that they hadn’t got too far. As I climbed through the forest to the top of the first alpine ridge it was beginning to become apparent that the riding conditions were not going to be as good as we thought. When I stepped off my sled, the first thing that came to my mind was that ice skates would have been more appropriate footwear for the day. Looking across the ridge I could see a friend of mine maneuvering his sled up to an overly large cliff drop, a cliff drop that was too large for the snow conditions.

Making my way over to him was a bit more challenging then I had originally thought it was going to be. The snow was getting deeper and deeper as I worked my way across the bowl. Once I was above the cliff band it was obvious to me that the snow was almost waist deep. I reached my friend, and after a short talk about my tardiness, we started to talk about some of the concerns of the conditions as well as the risks in the choice to drop the cliff we were standing on. I have been riding with this guy for four or five years, and have a lot of confidence in his skills to minimize the risk for the reward. The choice was made to drop the cliff.

The one thing that I enjoy out there is pushing my personal limits, which is not something that someone can do on their own. It takes a team of people with experience to have fun to do the crazy stuff, but still not hurt your loved ones at home. This day I felt like I had that team in place. There was an average of ten years experience under each of the rider’s belts.

The take off was such that I drug behind my friends snowmobile to reduce his speed on the decent into the cliff, and could feel the instabilities in the snow beneath me. I had to let go of his sled a bit early, which in turn put my friend at the top of the cliff with too much speed. This was something that we had talked about. So it was not a surprise to me when I got to the bottom of the bowl and found that he had crashed on the landing.

On impact of his landing, was a small pocket of slab that had cut out. After tumbling down three quarters of the steep slope with the snow and snowmobile, my friend had come to a stop. We had also talked about the potential of a small slab releasing on the landing, so this was not a surprise. I could see that a few of the crew were headed up the slope to check on our friend’s condition, as well as the destruction to his sled.

As I approached the landing zone I could see that there was a cliff band above me as well as the treed slope, which I had just left. To the right of the cliff band was a large slope that went to the corniced ridge top.  As I looped around to park my sled beside the wrecked one, I had made sure to point my sled down hill. This was a habit that most of us developed incase something were to go wrong. I remember feeling confident in where we were parked; I think at the time, everyone with us knew avalanche conditions were dangerous. We started to talk about what we were going to do to fix the wrecked snowmobile. That is when I heard the faint sound of other snowmobile’s in the distance.

As we started to come up with a plan those snowmobiles were now in the same bowl as us. Two from the other group, make the choice to start climbing on the large slope with the cornice. As the first snowmobile passes our group, it clicks in for one of us that we are all now in real danger. I remember hearing that friend start to yell at the top of his lungs GO GO GO GO! It is then when a second snowmobile from the other group passes, following the first up the slope. We all start to scramble to try to get out of the way.  One of the guys in our group was yelling, “take me take me!” He was close to me so we started to do this conversation with our eyes about how he was going to get on the sled with me, I remember looking back and seeing this massive wall of snow coming at me. By the time I turned around I was holding the throttle wide open and he had jumped on the hood of the machine. I recall thinking for a moment we would make it out but then I am hit by a large wall of snow leaving me buried 6 feet under.

The choice of another has now left me buried under tons and tons of avalanche debris. With some of my crew self-rescuing and some not caught in the avalanche, they begin rescue efforts. Our group starts with one person taking control to organize efforts. The first problem the group encounters is the moving beacon signals from the other group still moving around the area. After getting the other group’s transceivers turned to receive the rescue efforts resume. 15 minutes later as life begins to fade for me, I am pulled from the debris. I was the last one of the victims from my group to come out of the avalanche, it looked like there was going to be some major medical issues for me. The group decides to call for help. With my legs and feet seemingly in places they should not be I am happy to be breathing. After some digging I am lucky to be found without serious injury.

At this point my crew has found and accounted for its entire group. One of the snowmobiles in the debris does not belong to any of us. The question goes out to the other group if they are missing anyone. It takes a bit of time for a response, then the answer, yes they say Johnny is missing. The beacons switch back to receive and the search kicks into gear again. With a bit more time passing, one of the other groups brings to light that Johnny had made the choice to leave his beacon in the truck. As the beacons were switched back to transmit a probe line eventually strikes Johnny. After an hour of CPR from both groups a helicopter that was called to deal with me has now arrived on the scene. Then in time came a second helicopter carrying the coroner.

There are many things that go through one’s head after surviving trauma like an avalanche. I have made the choice to share a small part of what has gone through mine. If I had to highlight one of the many things that was learned from this experience it would be communication.

There were many mistakes made by both groups involved in this tragic accident. I hope that through learning about my experience, you will better understand the risks so that they can be managed. I still snowmobile all the time and love the sport, and it can be done safely if you know what the risks are, but remember choices have consequences for others besides yourself. Johnny, which is not his real name, left his beacon in the truck as well as a two-week old baby and mother of his child in his hotel room. 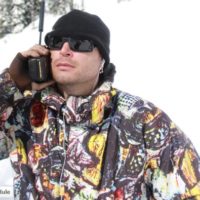 Thank you to whoever read this to you.
Sincerely,
Jeremy Hanke