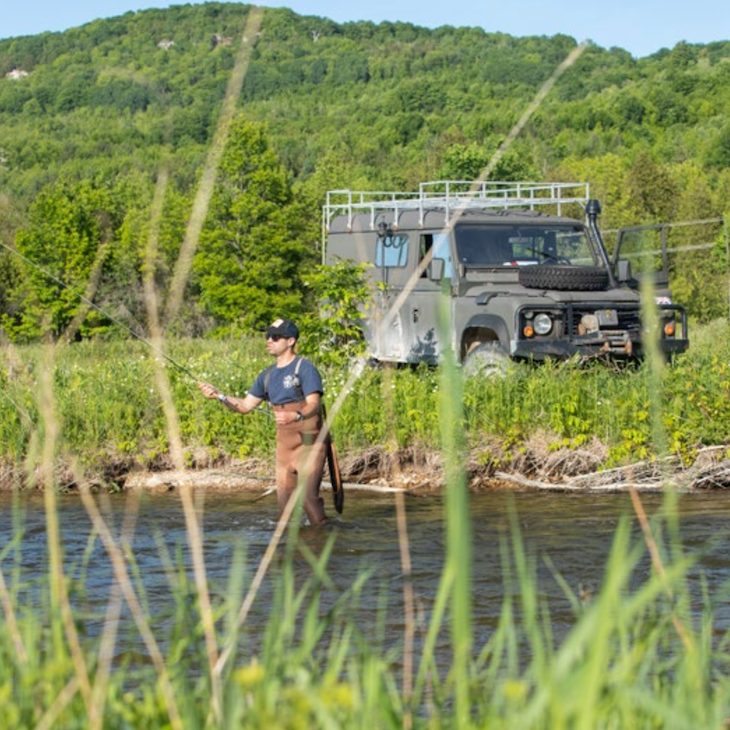 Without question the ultimate and original overland vehicle is the Land Rover. Built from 1948 to 2015, these things are nearly indestructible and will go just about anywhere. Which is why they were military vehicles for countries around the world during their production years.

Nowadays, there’s a following surrounding the original Land Rover in all its incarnations. The Series I, II and III, the Defender and the Range Rover Classic are the most sought after. Simply check out the hashtag #landroverdefender for a drool-worthy look at rad Land Rovers in amazing places around the world.

In this part of the globe, if you want to know anything Land Rover related, go see Thornbury local Dylan James. He’s a Land Rover mechanical and restoration specialist and his company, James Coach Works, has people coming from all over the country and the continent for his expertise.

His explanation of why the Land Rover is so iconic is beautiful in its simplicity.

“I feel like if you were a child drawing a picture, it’s the car that everyone draws; it’s just a square box with wheels on it,” he says. “Who can’t relate to that? It’s such a basic platform as far as a vehicle goes. It’s like a blank canvas. You can do whatever you want to it. You’ll never see one the same. I’ve yet to see one Land Rover that’s the same as another. Which is kind of cool.”

Land Rovers have been customized both in the factory and after market for everything from ambulances to dump trucks, police vehicles to re trucks, RVs to Popemobiles. James’ interest in them started when he was six years old.

“My neighbour had them,” he recalls. “His backyard was full of them. His son was the same age as me and we just used to play in them. I thought they were the coolest cars in the world. He just kept buying them up. I think his main one was like a 1961, and he drove it everyday. Even then it was the oldest thing on the road.”

Nowadays, James’s daily driver is a 1985 (the year James was born) diesel Defender 110. It was formerly a vehicle for the Dutch military.

James doesn’t advertise and he doesn’t need to; he’s got plenty of work as the cult status of these vehicles continues to grow. Which also means their value continues to increase. With an in nite variety of models you can pay anywhere from $10,000 to $200,000 for one.

James’ advice about buying one?

“Don’t,” he says quite seriously. “You have to really want one. You’ll have a love/hate relationship with it. They can be ckle at times, but they’re charming enough that you just keep xing them. If you get one that’s been properly maintained, then the maintenance isn’t expensive, but if you get one that hasn’t been properly cared for then they’ll cost you a fortune. It’s like having a dog; the dog’s great and everyone loves the dog, but then when the dog gets sick and you have to go to the vet it’s gonna cost you a ton, but you don’t want to put it down. A Land Rover is kind of the same; people drive them into the ground and then they decide to x them. The problem is they last longer than other vehicles, so, ‘into the ground,’ for a Land Rover is a total overhaul.

Consider yourself warned. If that warning still hasn’t deterred you, head on over to jamescoachworks.com. –ML