Some photos just tend leap off the screen, elicit a special feeling, and they beg the question: How the heck did this come about? That is certainly true for Jeremy Allen’s shot of Max Frederiksson at Red Bull Joyride. Take a look at the shot and hear what Jeremy had to say.-ML 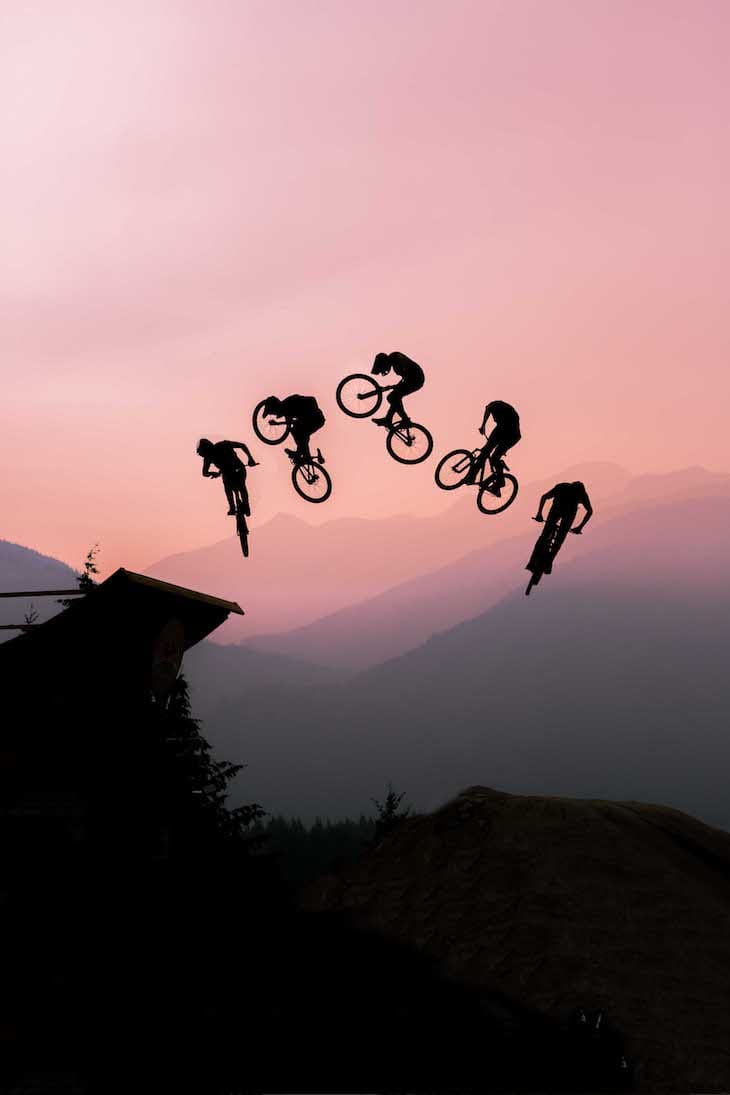 From behind the lens it looked just perfect. I saw the background coming to life – the vista glowing thoroughly through the forest fire smoke, really giving contrast to the whole photograph. The lined ridges in the back really made the athlete pop to draw focus on Fredriksson. The colours mainly came from the haze in the sky from nearby forest fires. Just after the sun had set past the mountains it created this beautiful glow that was too inviting for the eye to not capture through the lens.

For this photograph I chose to use an ISO of 500 to keep the noise down, an F-stop of 5.6 for sharpness and a shutter speed of 1/1600 to freeze Max Fredriksson mid air. I’ve only ever shot downhill biking this past week, before that I had taken one photograph of the “Train Gap” two years ago that went viral. Upon the @CPGang’s return to Whistler Crankworx, I knew it would be only right to get out and shoot with them. This week went by so fast, I ended up logging 4 days of downhill biking, and a total of 5-6 days of taking photos. I’ve got some amazing feedback from this photo, people from all over the world. It’s truly humbling to be getting such positive comments since I never shoot downhill biking.. Looks like I’ll be back for Crankworx Whistler next year…