History has been made. While numerous descents of the similarly technical descent of Mt. Everest have been made, K2, standing at 28, 521′  had yet to be ticked off until Andrez Bargiel summited the mountain around 11:30 am on Sunday, and returned to basecamp at 7:30 PM local time that same day. That all adds up to an 8 hour descent dealing with hours of death-defying exposure and careful thinking to achieve one of the all time greatest ski-mountaineering feats. 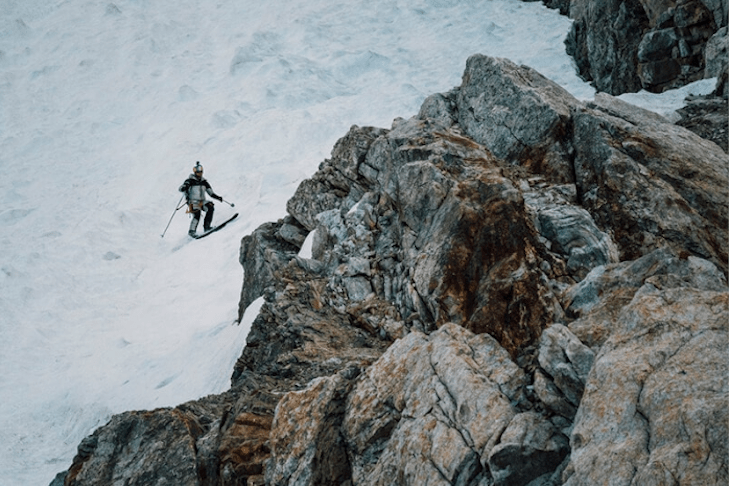 Bargiel, 30, connected four commonly known routes: Abruzzi Rib, the Cesen, the Messner variant, and the Kukuczka-Piotrowski routes. According to Alan Arnette, “He skied from the summit to the High Camp at 25,080’/7600m before being forced to wait out low visibility for about an hour. Once the route cleared, he continued down the traditional Abruzzi to Camp 3 at 23,760’/7200m where the route merges with the Česen. He took that lower and then a short traverse Messner used aptly called the Messner variant before connecting to the Kukuczka-Piotrowski. He summited Sunday, 22nd July at 11:30am and reached the Base Camp at around 7:30pm local time.”

Previous attempts on the elusive descent begin with Hans Kammerlander in 2001 who was halted while attempting to save a fellow climber after skiing only 1300 feet, and most recently in 2011 by Luis Stitsinger. Congratulations to Andrez and his team on a groundbreaking descent that will not soon be forgotten (or repeated!). –ML