We firmly believe that everyone who ventures into the wilderness of the Coast Mountains will come back a better person… but only if everyone understands the basic etiquette of proper backcountry behaviour.

Garbage, dog-poo bags and human-caused forest res are very real problems that are only getting worse. Rather than assume the hills are alive with assholes, we’re hoping the problem is that some people just don’t know how to act out there. And we’re here to help. 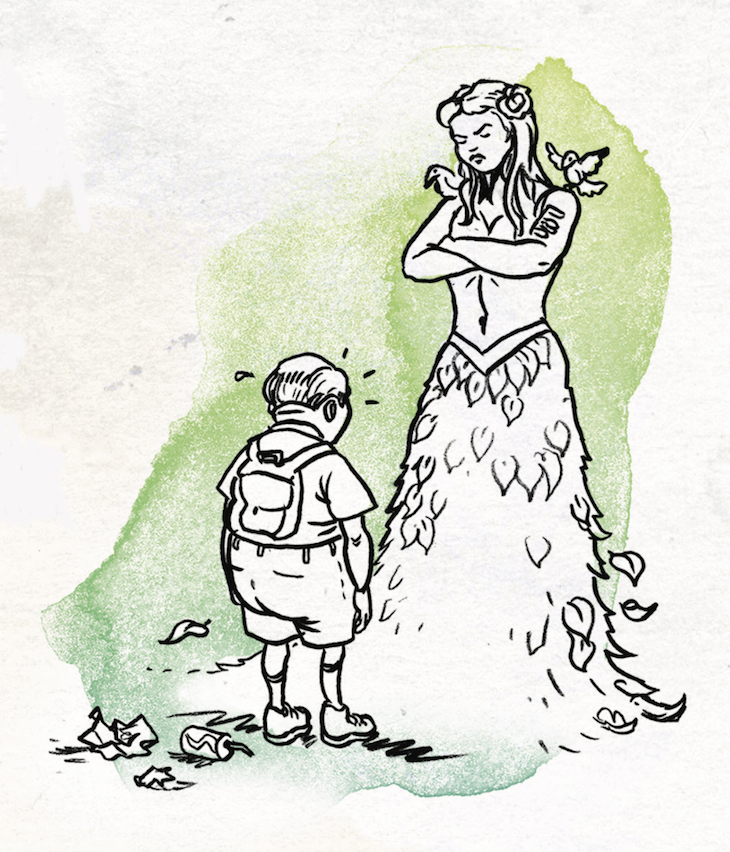 This is basic human behaviour and total common sense, but it seems like it needs to be said again. If you carry something, anything, into the backcountry, it’s on you to carry it out. Mother Nature is not actually your mom, so grow up and act right. 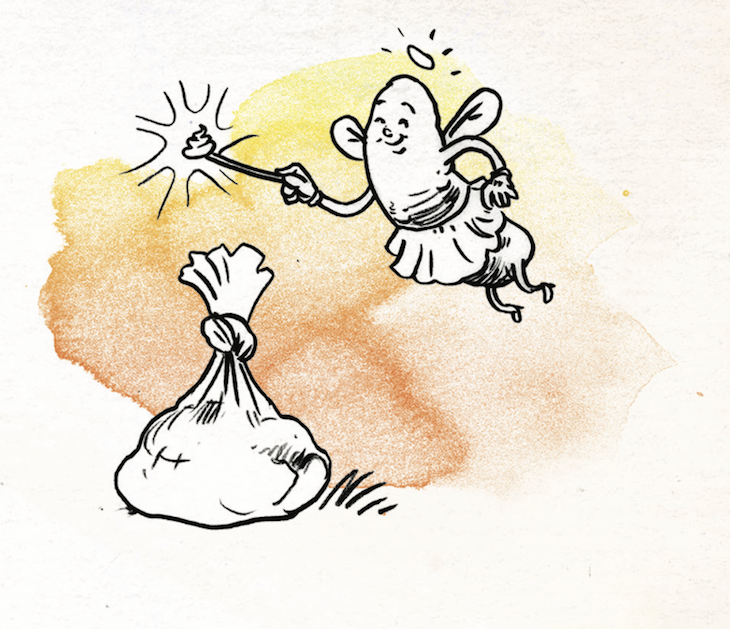 Even if you put it in a biodegradable bag, that dog poo still needs to be carried out and disposed of properly. Leaving it trailside, or in a pile at the trailhead is not okay. There is no such thing as poo fairies with wands that make your crap disappear. 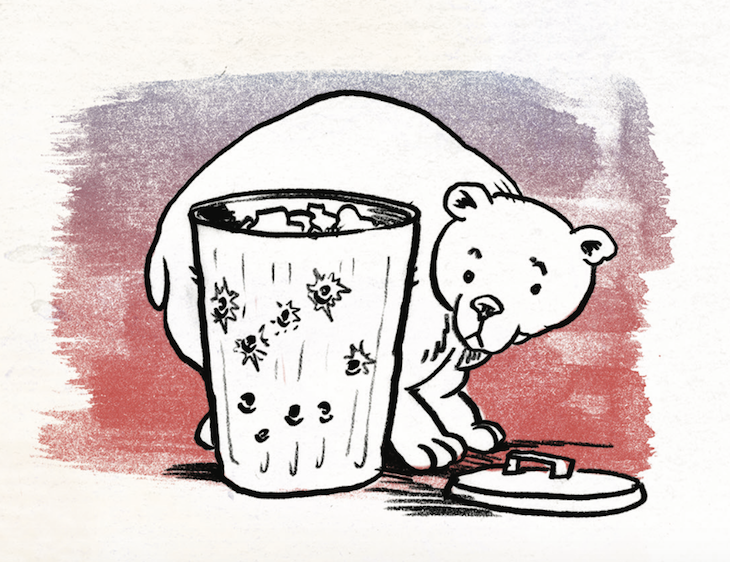 Sure, those food scraps you left in the bushes at camp will proba- bly decompose in a few months, but it’s more likely they’ll attract a bear first. Same goes for that cooler you left out in the open, or the unattended trash bag. A bear that equates humans with food can become dangerous. A garbage bear is a dead bear. 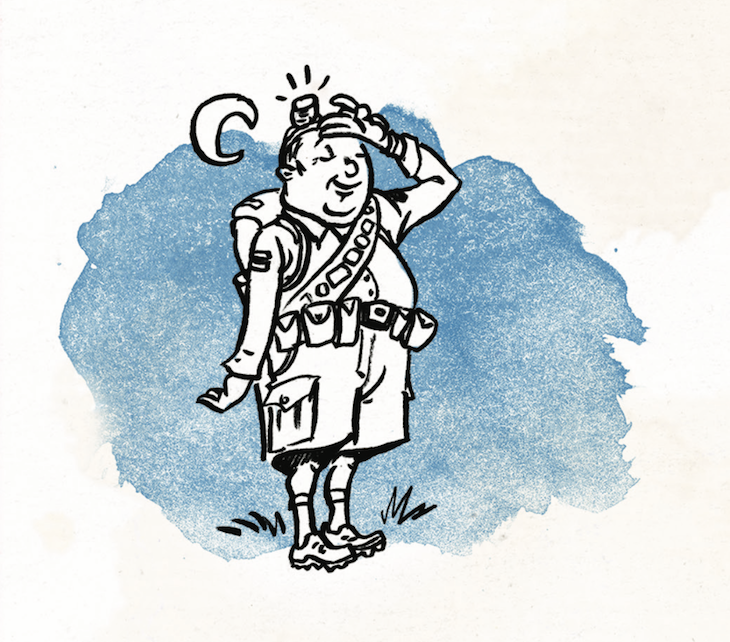 This is the Boy Scout motto, but it works for adults too. Coast Mountains weather plays by no rules and changes its mind often. Wise hikers bring a little extra food/water, some warm/waterproof clothes and a headlamp with fresh batteries. The mountains are in charge; be prepared. 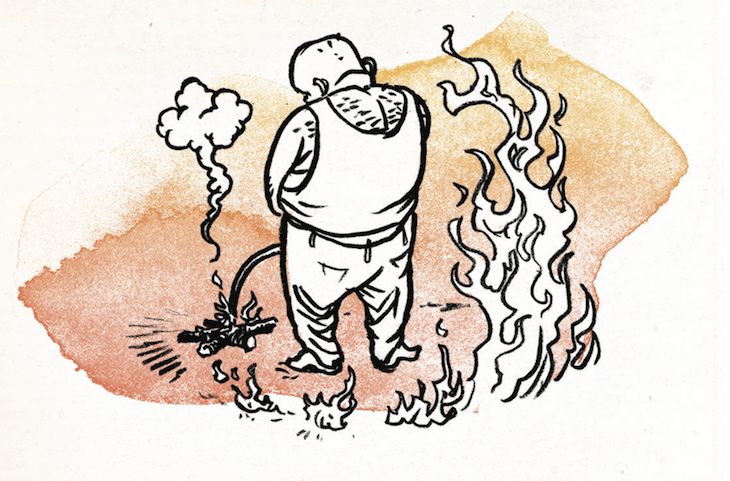 All of British Columbia is gonna burn one day because of human ignorance, unless “No Fires” means no res, and even if you’re al- lowed one, make sure it is out before you go to bed or walk away (just peeing on it is not enough). BC burns every summer; make sure it’s not your fault. 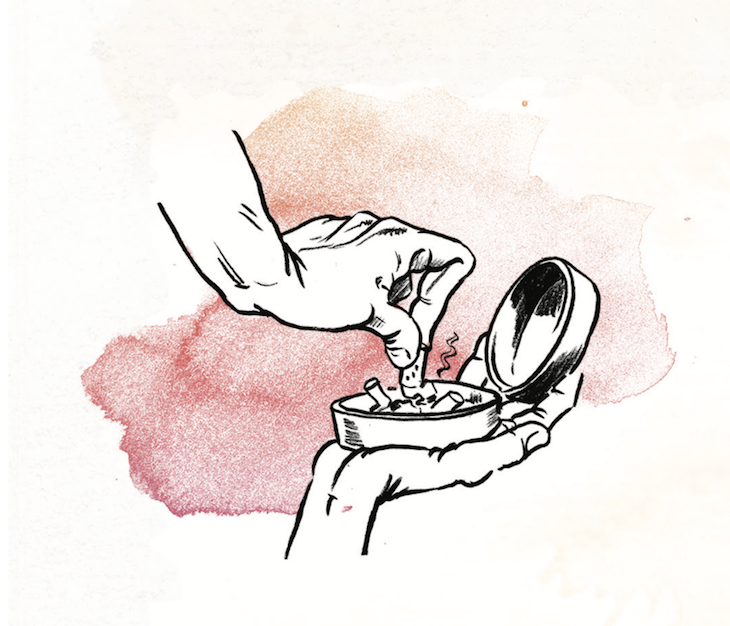 This is essential. Use an old mint tin or chewing tobacco container (because hacking a dart is always better after a good chew)! Just do whatever it takes to keep that butt off the ground (see also: #5 Obey Fire Bans). Another solution: Quit smoking.

Does a bear shit in the woods? Yes. But if you need to, it’s best to bury your business under as much soil as possible. Ladies, bury that pee paper too! And be aware that for pretty much every indigenous culture in Canada, it is unthinkably disrespectful to urinate in a stream, lake, or any freshwater source.

We get it, you’re awesome. But hiking with a Bluetooth speaker backpack is not. Save the mumble rap, nu-metal and whatever wimpy crap they’re passing off as country music these days for the car ride to the mountains. That loud phone conversation can probably wait too, you’re missing the best part. 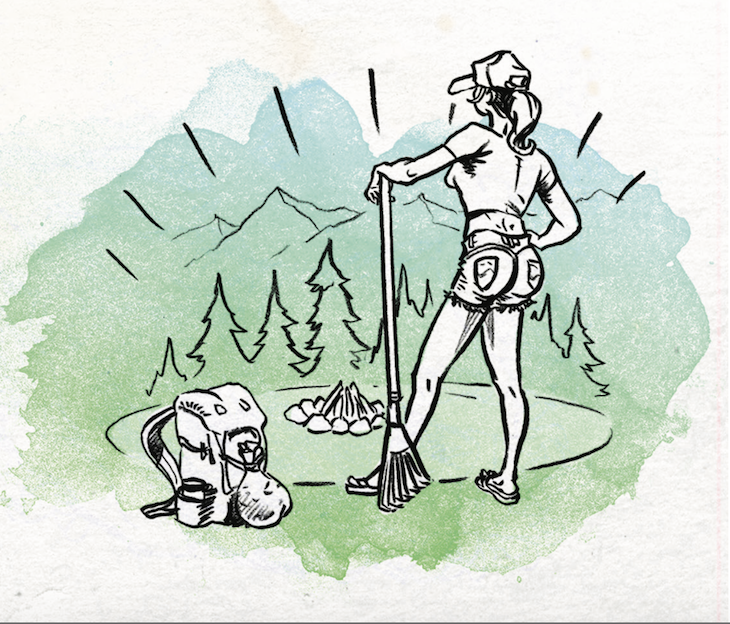 Leaving an area better than you found it is really the best backcountry ethos of all. Pack a large Ziploc bag for collecting other people’s garbage. Leave only footsteps, take only memories. Welcome to the wild. Have fun!