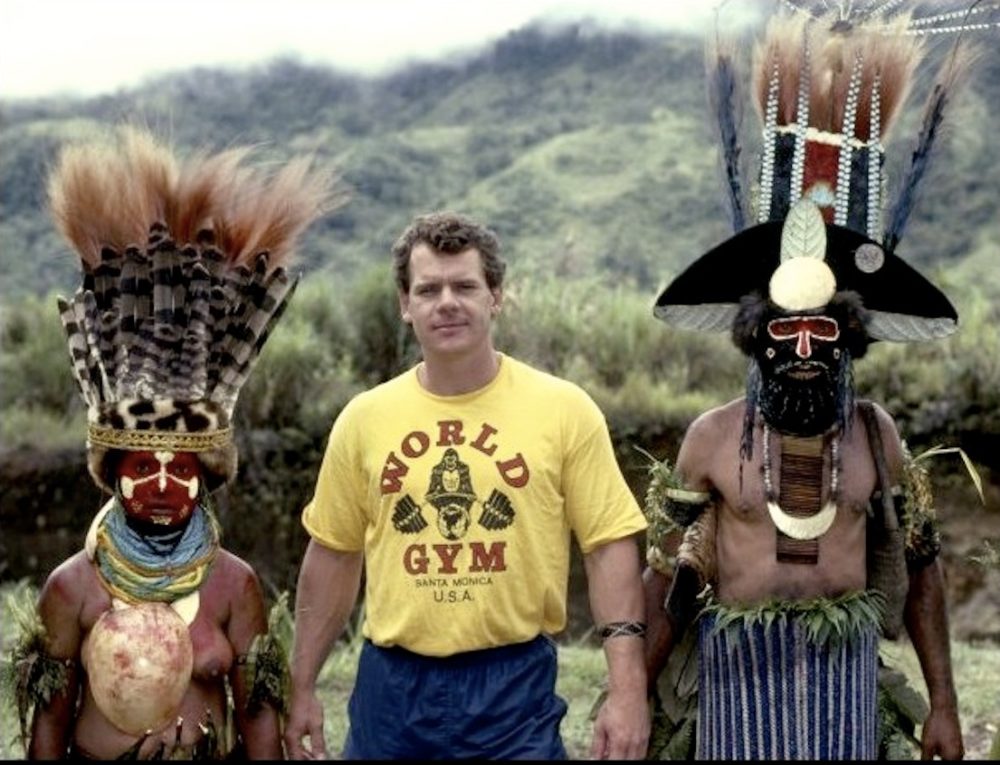 John ‘Largo’ Long is tired of talking about himself. He has written books (one of which was the basis for Sylvester Stallones’ hit movie, Cliffhanger), recorded the first one day ascent of El Cap, rappelled off the world’s largest waterfall, and discovered the world largest river cave. But, as always, his eyes are on the horizon. While his body won’t allow him to push the limits of rock climbing and world exploration as he did in the ’70s and ’80s with the famed Stonemasters crew, he has found a new way to push the limits of adventure. 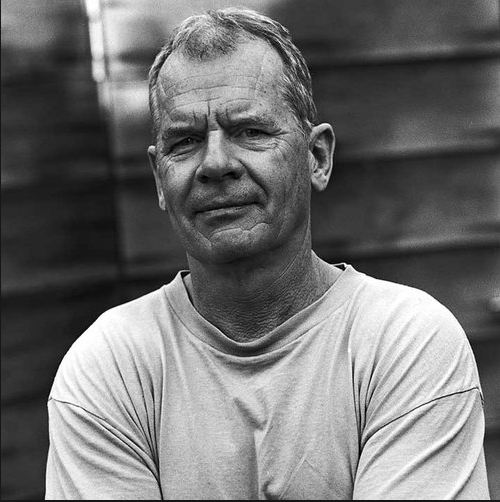 Welcome to the show. Can you tell us a bit about your presentation at MULTIPLICITY?
Adidas Outdoor has on contract world class sport climbers including Claire Murphy, Kai Lightner, Delaney Miller, Nina Williams, Michaela Kiresch, Jon Cardwell and more. These are all time crushers—once in a generation people. I work with them to push the limits of adventure climbing by using their unbelieveable physical prowess, and my knowledge of adventure climbing. With that kind of team, it’s like trained lions you’re going out with. Any prey is conceivable.

What are some examples?
The Dawn Wall would be one. The first complete ascent of Central Pillar Direct. Then there’s Robins route on High Cathedral Spire. The last one we did—which was the best one we did—the Misty Wall, another 5.13 route. Those are big time adventure routes, historic ones, all getting done by gym climbers.

You started before gyms.
When I started, there was nothing at all. I’ve watched the whole evolution. I saw one of the first ones in Southern California, and I’ve seen it grow more and more.

What was your opinion on them?
I didn’t even blink. I was always a workout nut; I thought it was a blast. Great training, great place for people to get together. Sport climbing opened up so much. The predominant amount of natural lines had been done after us. The new generation didn’t have much to look at, unless they looked at new techniques to explore and open up some new rock. Look at the massive amount of places that have been opened up. Had I taken an issue with it, the train would have run right by me anyways. It was either get on board and have some fun, or get left in the dust.

“With that kind of team, it’s like trained lions you’re going out with. Any prey is conceivable.”

There was a counter movement to it?
Oh yeah, there was a backlash. They were afraid it would eliminate the adventure quotient—the defining characteristic of rock climbing. Once you get rid of that, all you have is the movements. Most of the people that have done the adventure routes nowadays, they actually came from climbing gyms. The mainstream is always going to be big trad projects; it will all come down to that eventually. What people have learned from climbing in gyms, and sport climbing, is that it has upped the trad game significantly. 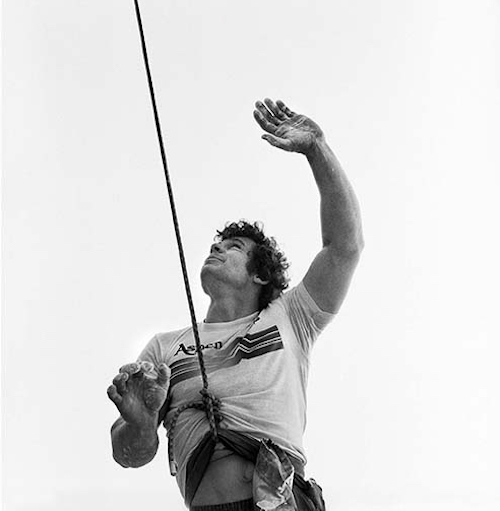 Let’s go back to the beginning. How did you get into rock climbing?
I wanted to be a pro baseball player. But, I started rock climbing early and that just sort of took over. I felt like the sport was made for me—I loved the people, the outdoors, and I loved the movement. It was exciting, fun—and it just took off from there.

You helped pioneer free soloing.
In a small way. Early on, I did a bunch of it and I introduced (John) Bachar, some other people to it. I didn’t make a career of it; it was something I did a lot at Joshua Tree, a bit at Yosemite. My focus is usually on harder, longer, things. Yosemite, where I spent most of my time, wasn’t a venue where you were encouraged to be up there without a rope. Early on, I was pretty much right there with all the other people, but Peter Croft and John Backer, those guys put free solo on the map.

Can you explain the reasoning behind the genesis of climbing without a rope?
It was a pure response to familiarity. We went to the same place for years, camped in the same spot. There were a lot of popular things around the camp for warm up, and it became obvious after making many dozens of laps up the climb, we no longer needed a rope.  You look back now and think, “What if my hand ripped out?” When you’re doing it, and you’re fit, you have all your resources; it all seems possible and logical. You don’t go up there if there’s any doubt. Whether not having doubt is an illusion, who can say? But the confidence gets the ball rolling. I didn’t approach it as a philosophical idea—it was purely physical.

I felt like the sport was made for me—I loved the people, the outdoors, and I loved the movement. It was exciting, fun—and it just took off from there. 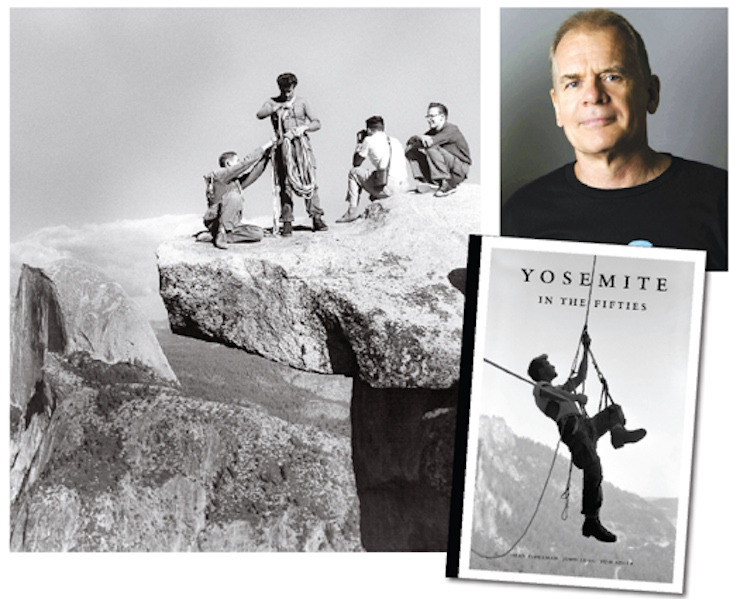 Explain your transition from climbing to exploring.
We did a whole bunch of jungle exploration, cross continents adventures, a Trans Borneo trip, then I got into ocean kayaking. Anything that involved exploring. I wanted to go that direction because people hadn’t gone there. The only other thing was to get into big mountains, and most people I knew did that. But I didn’t like the cold, and it looked like everyone was doing that anyways. I looked for alternative ways to explore at a world class level. I had to look around, but I found a way. I was just looking for novelty more than anything.

“I’ve had a lot of long days. But it’s hard to get more of a beat down than doing long, one day climbs. Climbing El Cap, Half, Dome—you have to hike, haul your gear, you never have enough food, water—that will kick your ass.”

Talk about your most difficult adventure.
They were all hard, at some point. I guess the Trans-Borneo traverse. There was no part that was particularly difficult—but 77 days was long. That starts getting to you. Having said that, I’ve had a lot of long days. It’s hard to get more of a beat down than doing long, one day climbs. Climbing El Cap, Half, Dome—you have to hike, haul your gear, you never have enough food, water—that will kick your ass.

How does this all circle back to working with these athletes?
Basically, if you’re into doing new things, if you’re fascinated by new mountain bike trails, new places to surf big waves, new places to trail run, whatever, that fascination isn’t going to go away. It’s inherent—once it gets a hold of you, you’re always fascinated by what’s possible. When I was in Yosemite—Yosemite is set up to do big, giant things—and nobody goes to Yosemite and does everything they want to do. I was no exception. I figured we just weren’t good enough. It’s fun to exercise that passion with this team. I’m too old to even think about climbing—but they aren’t. I know how to organize, how to get them up on these rocks. 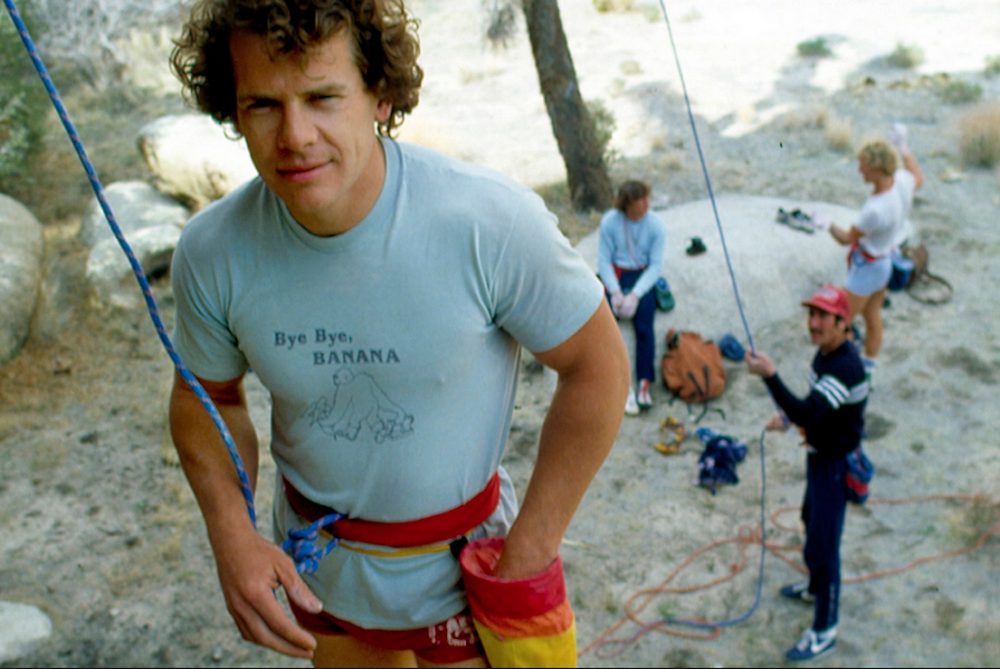 What’s the biggest challenge with getting athletes out of the gym and onto these adventure routes?
You need to make sure there is an experienced trad climber on the climb. Even world champions—they aren’t used to being way up high. There’s a lot of nuance to accomplishing these big routes. The hardest part is to set up the circumstances to where things will be as safe as they can. We try to stack the odds in the favor of the team. Safety is our main concern. I’m taking people way out of their element to begin with—so there is an added need for vigilance. That’s the hardest part.

Any plans to come up early and enjoy the Sea to Sky?
It cold as fuck up there this time of year, isn’t it? I might make it up a day early, but I’m a warm weather guy. 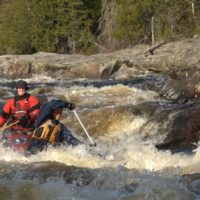 MULTIPLICITY 2018: TED BAIRD, NEXT LEVEL SURVIVAL
Ted Baird’s deep love of the wilderness started from a young age, having spent much of his time at his family’s cabin in the bush. Over the years, he’s honed his skills in fishing, hunting, trapping, and survival. But it wasn’t until undertaking his first whitewater canoe expedition as a teenager that he was awed by a sense of freedom and adventure unlike any other he had experienced. Alongside his brother Jim, Ted has logged thousands of miles canoeing some of the most challenging and remote waterways in the world… Read more 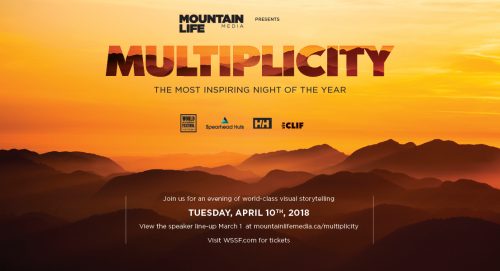