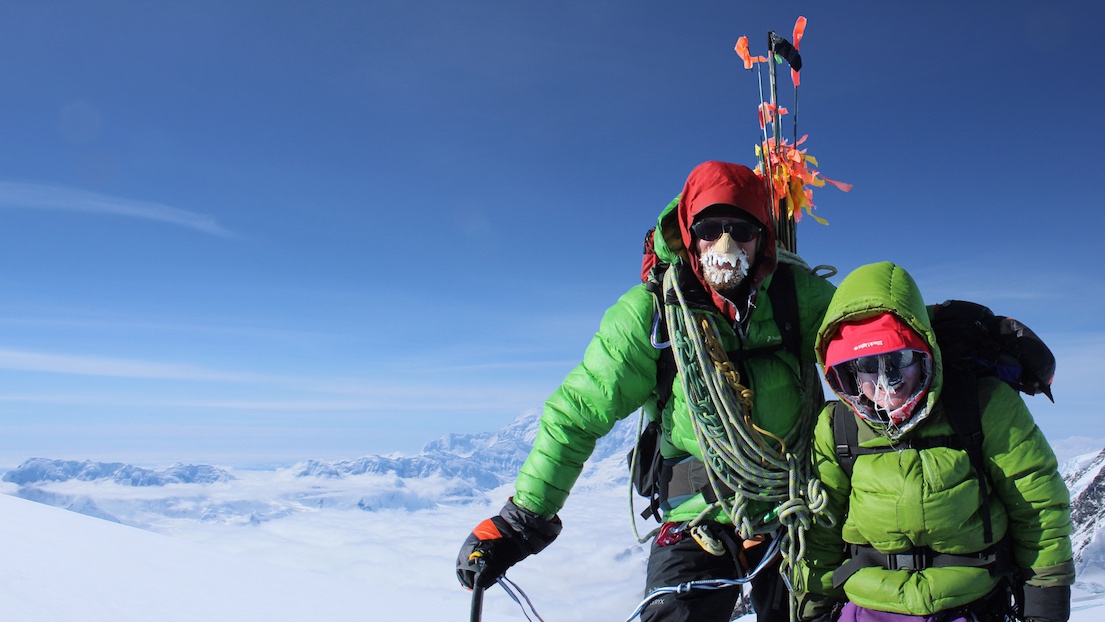 And on May 23, 2017, after two years of local expeditions to learn the craft of mountaineering, then-15-year-old Prohaska ducked out of a semester of classes at Pemberton High, flew north, and climbed her way into history books by topping out on Mount Logan, Canada’s highest peak.

The expedition didn’t happen on a whim. Spring break two years previous had seen Naomi binge-watching videos of rock-climbing’s most talented she-phenoms, including Ashima Shiraishi, who at age 14, had climbed the hardest boulder problem of any woman in the world. It was proof to Prohaska that even though she’d never done “any hard stuff,” she wasn’t too young to be shooting high.

After watching Will Gadd, Julie Angus, Darcy Turenne and Suz Graham at a Mountain Life Multiplicity adventure talk in Whistler, then 13-year-old Naomi began to conceive her own grand adventure. “All the people who were there were always out in the mountains doing cool stuff.”

She set her sights on becoming the youngest person to summit Mount Logan, a 5,959-metre summit in the Saint Elias Mountains and the second highest peak in North America (only Denali looms higher). Mount Logan also happened to be a backyard beat for her dad, ACMG (Association of Canadian Mountain Guides) guide, Rich Prohaska.

At the time, however, Naomi had never even ventured out of bounds on her home ski hill. So, the 13-year-old and her father boot-packed into the backcountry off Whistler Mountain. Then they ski-toured Flute, learning and testing out some of the equipment she’d need in the big mountains. Noticing that Naomi grew more enthusiastic with each adventure, Rich took her on the Spearhead Traverse, Whistler’s infamous 35-kilometre high alpine route that’s often called “The Haute Route of the Northwest.”

Naomi was totally in her element—she had discovered her perfect place. But she was still a long way from being ready. If she were to attempt Logan with her father as guide, he would treat her the same as any other client. There are no free rides that high above sea level: Naomi would have to get there under her own steam.

Her parents sketched out a list of objectives for her to do over the next two years in order to be ready, signed her up for an Avalanche Skills Training Level 1 course, and handed her the book Surviving Logan by Erik Bjarnason; so she’d know how badly things can go wrong.

It’s no spoiler to say that nothing went wrong. Prohaska’s summit made headlines across the country, and her name has been added to Wikipedia under Mount Logan’s notable ascents.

“I think differently in the wilderness. I dream more, I smile more, I feel alive.”

The bigger revelation is that becoming “the youngest on Canada’s top” didn’t change her life. Or her. When Naomi got back to school for the last three weeks of the semester, nothing was different. She was still the same driven, un-princessy girl she’d always been.

“It didn’t ever sink in the way I thought it would. It’s the hardest thing I’ve ever done. But it’s not like it changed the everyday me.”

After training almost non-stop for two years, Prohaska skidded into a surprisingly non-strenuous summer. She didn’t go back into the mountains. She didn’t even think about them or feel the urge to tap back into the alpinist’s zen of putting one foot in front of the other and slogging doggedly upwards. And then, on the Labour Day long weekend her family decided to do Spearhead Traverse one last time before the upcoming Spearhead Hut Project begins building permanent shelters along the route.

“I love the Spearhead,” says Prohaska. “I’ve done it four times now. Last winter, I did it with my dad in a day. It was one of the best days of my life. I felt so strong. Mentally. Physically.”

Harnessing up that September day, wide-stepping to avoid ripping her pants with her crampons and pacing herself against her sister to keep slack out of the rope, reminded Naomi how much she loves travelling across glaciers. Nearly four months after summitting Canada’s highest peak, she fell back in love with the simplicity and clarity that comes from being in the mountains.

“I love doing it. It’s so powerful. It makes me so excited, going out to places where you’re working, your body is working hard, you’re not around people all the time, you’re just doing everything slowly. Out there, no one cares how you look. The experiences you’re having are so much more important than what you look like. All you’re doing is walking and thinking. It’s peaceful.”

And it was there, “walking along the beast of ice,” jumping across crevasses and scrambling up steep rock with her parents and sister, that Naomi realized mountaineering had changed her. “I think differently in the wilderness. I dream more, I smile more, I feel alive. Doing the Spearhead again with my family made me remember how much I need the mountains.”

Summiting Logan taught Naomi that she can do whatever she sets her mind to. “It was such a big goal for me and I actually did it.” But it wasn’t until she was back in her backyard, on the Spearhead Traverse with her family, that the full meaning of that historic feat came back to where it started.

A speaking event full of mountain loving adventurers had inspired Naomi to “be one of them,” she says. “Now I want to be the person who inspires someone to climb, ski, hike or just love the mountains.”

Shortly before press time Naomi reached out and confirmed that her next big goal is to climb Denali, North America’s highest peak. Giv’r Naomi!