I’ve never forgotten that day in 1997 when Jonathan slapped my ass and with a snide smile said, “Get back in the kitchen and get me my dinner, woman!” 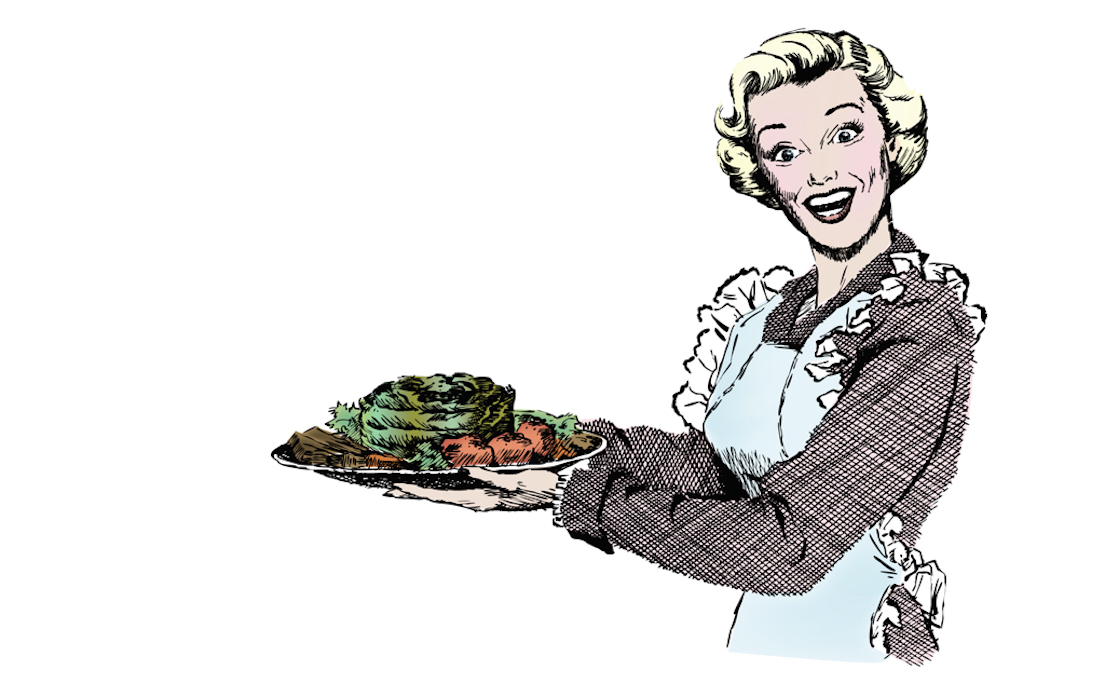 Jonathan was just five years old at the time and I was his full-time nanny. His parents later explained, to my shock, that he was simply trying out a line he had picked up from an episode of some animated, adult TV show. I was 22 years old, taking Women’s and Environmental Studies at SFU, and I couldn’t have been more outraged.

Twenty years later however, I often think back on that moment and laugh at the irony. As a health educator, I usually start my sessions by telling clients they need to do exactly what Jonathan wisely said 20 years ago – “get back in the kitchen.” I leave out the second half of his sentence of course, (and the ass slapping).

Research shows that, with cancer and chronic disease, as many as 98 per cent of cases are triggered by lifestyle factors, not genes. Diet is the biggest factor that can keep disease at bay, even if you carry the gene(s) for a particular illness, so it’s crucial to pay attention to the quality of food you are eating to fuel your life.

Getting back to the kitchen doesn’t mean rewinding to 1950s gender roles, although we should honour the millions of women—mothers, grandmothers, sisters and caregivers—who spent generations over hot stoves and working in gardens to provide the organic, healthy plant-rich meals that have fuelled humans for a millennia. They did this tirelessly until industrialized, processed and fake-food manufacturers marketed convenience and slyly made it all too easy to swap out the fresh for their packaged substitutes, with shelf-lives longer than some people live today.

Getting ourselves back in the kitchen increases our chances of living longer, and most importantly, feeling strong enough to enjoy the vast wilderness that surrounds us.

Getting ourselves back in the kitchen increases our chances of living longer, and most importantly, feeling strong enough to enjoy the vast wilderness that surrounds us. And this time around, everyone needs to play a part – husbands, lovers, children, grandparents, and most importantly, restaurateurs. Sadly, Canadians are spending less on food today than their American counterparts. This is a recipe for disaster and disease.

Thankfully, it’s entirely possible to pull together the perfect recipe for living longer and better. And the inspiration is coming from everywhere, including women who know active and mountain lifestyles. Athletes concerned about where to get their protein, fats and other nutrients in a plant-rich kitchen need look no further than tennis star Venus Williams. She told Health magazine how switching to a plant-based diet after battling an autoimmune disorder changed her life and saved her athletic career.

And of course, more and more scientists and researchers around the globe are reporting that a plant based diet is the best lifestyle choice to keep disease away and promote strong health. Yes, it’s time to get back in the kitchen and start creating plant-strong families by creating plant-rich meals, beverages and snacks. Doing so will help you stop and even reverse the leading killers – heart disease, cancer, type 2 diabetes and hundreds of other chronic, degenerative illnesses that keep us from enjoying time in the mountains that we all love so much.

Nicolette is a health educator and owner of the Green Moustache Organic Café in Whistler and Squamish as well as the Richer Health Retreat Centre in Pemberton. richerhealth.ca 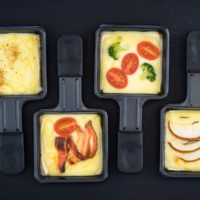 FOOD: RACLETTE: CHEESE OF THE (MOUNTAIN) GODS
Like alpenhorns, yodelling, and enormous cowbells, raclette was a gift to humanity from the fine people of Switzerland. A semi-hard, cow’s milk cheese possessing rich, creamy, aromatic flavours, raclette is most commonly consumed in a magnificently molten state. Traditionally, the cheese was used by Swiss cow-herders who would carry hearty wheels of it on their long journeys through mountain valleys. At night, the cheese would be placed by the radiant warmth of the campfire, where it would eventually achieve a sublime state of sultry softness, before being scraped from the wheel onto a waiting piece of bread or a freshly cooked potato…. Read more