Watch Angela VanWiemeersch and Sasha DiGiliuan, two athletes at the top of their respective climbing disciplines, explore the Upper Peninsula of Michigan in search for new ice climbing routes on the shoreline of Lake Superior.

From the Filmmakers: Frozen waterfalls on the side of massive sandstone cliffs in Pictured Rocks National Lakeshore offer a variety of climbing possibilities that only a small, but dedicated community regularly visits. Among this tight-knit community is Angela VanWiemeersch who currently holds two first female ascents in the “UP”. Sasha DiGiliuan, one of the most accomplished rock climbers in the world, joined Angela to do what she does best – taking climbing to new different heights. 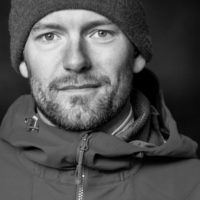 GORD McARTHUR ON LIFE AFTER COMPLETING THE WORLD’S TOUGHEST DRY-TOOLING CLIMB
In the arena of elite ice climbing, Gord McArthur needs no introduction. As a member of Team Canada, he placed fourth in the 2014 World Cup and is currently ranked 13th in the world. He is the 2015 North American Ice/Mixed Climbing champion, and is ranked 1st in Canada for World Cup Competitions. Last year, McArthur climbed a world-first D16… Read more