Over at Mountain Life: Coast Mountains we haven’t run a snowboard cover since 2012. And it’s also been a couple years since a woman has graced the cover so the time feels right for this Chad Chomlack shot of Sea to Sky legend Leanne Pelosi to grab you by the eyeballs and draw you into the “Ladies First” 2018 winter/spring issue. 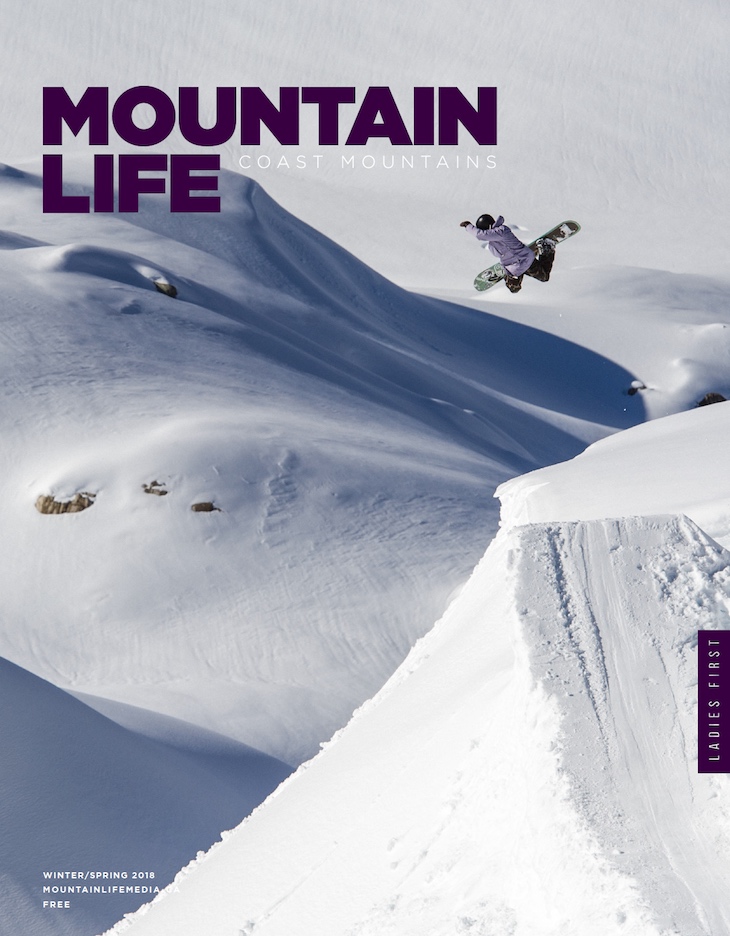 With the Coast Mountains enjoying some epic mid-winter storm cycles, local snowboarder/perennial Mountain Life contributor Taylor Godber stepped into as guest co-editor and the result is 132 pages celebrating the spirit, talents and overall radness of some of the Coast Mountains’ finest females. Enjoy.

Read it online now, or pick up a free copy at finer establishments in the Sea to Sky corridor. 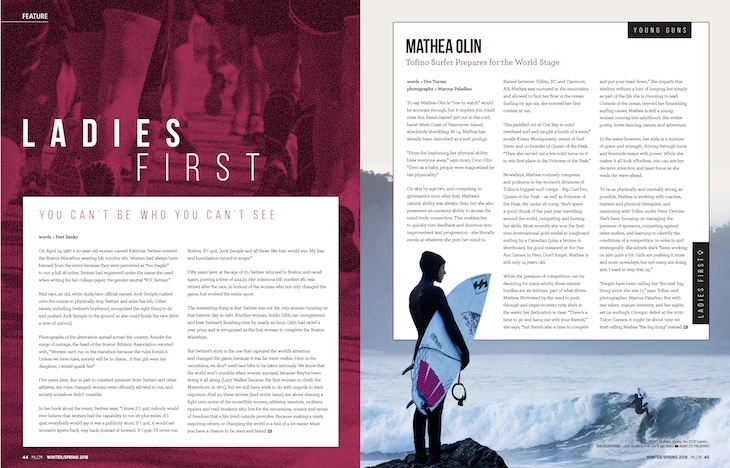 Epic Trip: Walk Hard
Would you take your mom out on a 2300km ski tour from Squamish, BC to Skagway, Alaska? How about during one of the snowiest winters in recent memory? Martina Halik did just that, and over the course of six months she and her mother Tania redefine the meaning of a Coast Mountain epic. 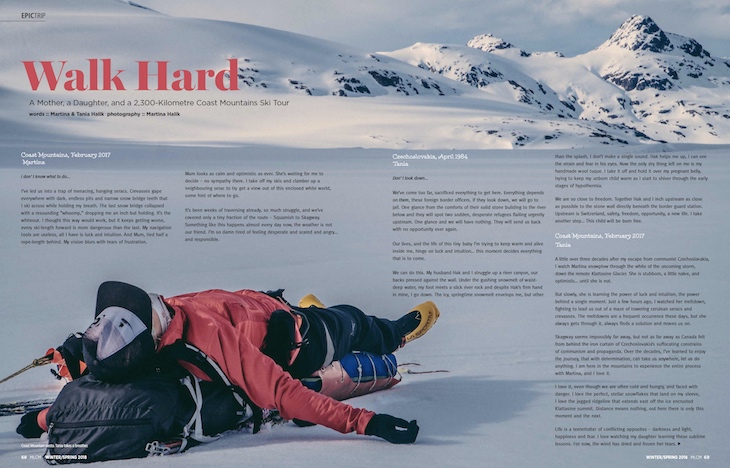 Whitewater Activists
With many of the finest whitewater rivers in Europe under direct threat from a barely-regulated Hydro-electric industry, Canadian kayaker Carmen Kuntz throws her paddle in with a grassroots conservation group Balkan River Tours to help save these waterways through direct action, increased awareness, and good times. 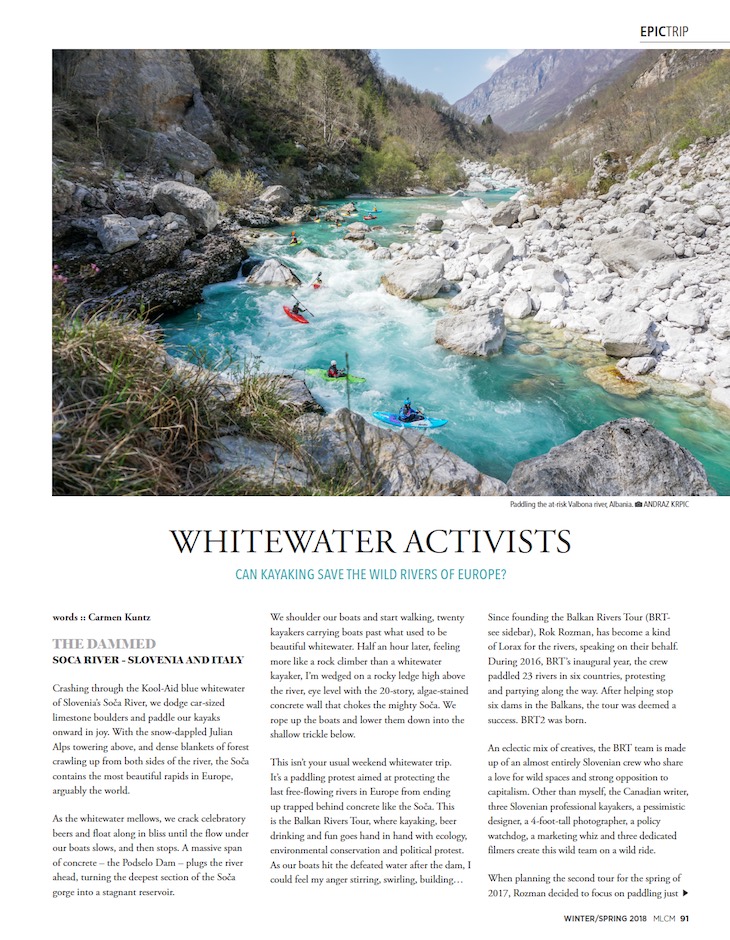 Mountain Lifer: Ace Mackay-Smith
Imagine you’re playing charades, with Keith Richards, and you have to act out Keith Richards… Whistler icon Ace Mackay-Smith discusses what that feels like, why a broken toaster makes a good costume, how to politely converse on a chairlift, and other lessons of gleaned from a life spent Hotdogging. 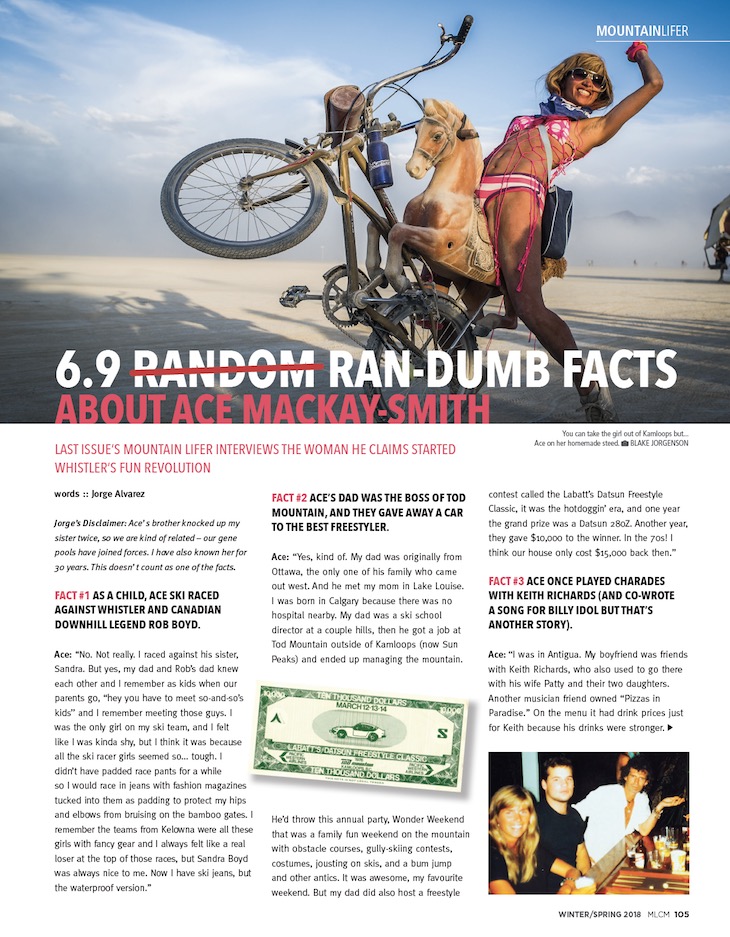 University Peak
Conditions don’t always stack up on one the finest skiable faces in North America, but a few years ago they did, and Pemberton’s Lisa Korthals was there. 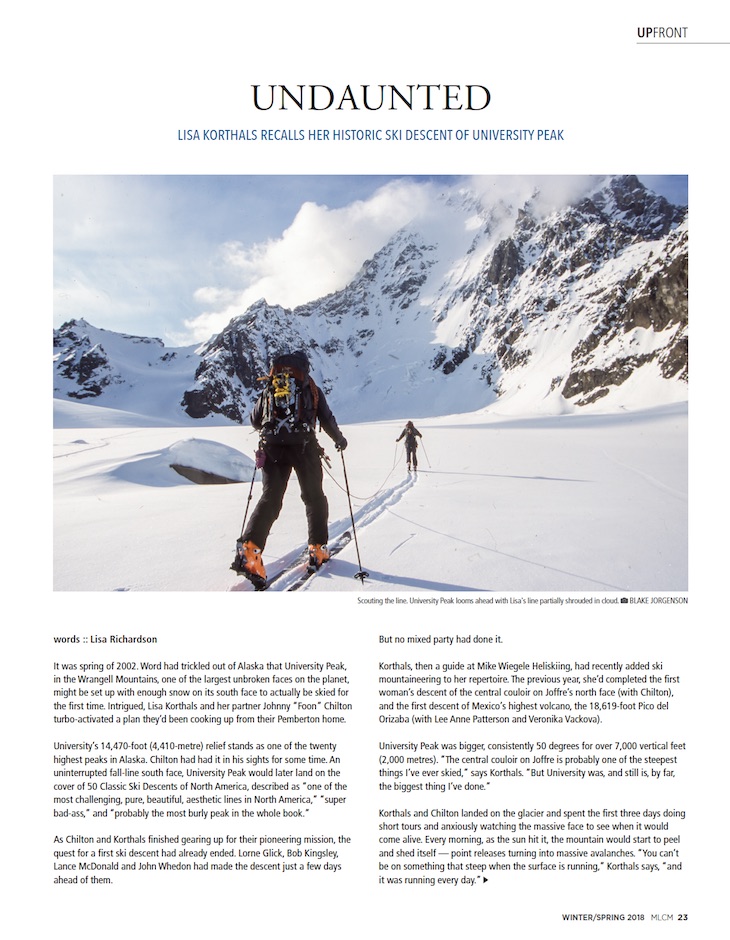 Searching For Xwehtáal
Cutting straight up the Stawamus Chief, The Black Dyke has an incredible mythical history with local First Nations and a storied one with modern rock climbers as well. While watching Kumari Berry attempt to re-free the route, Christopher Elliot examines both. 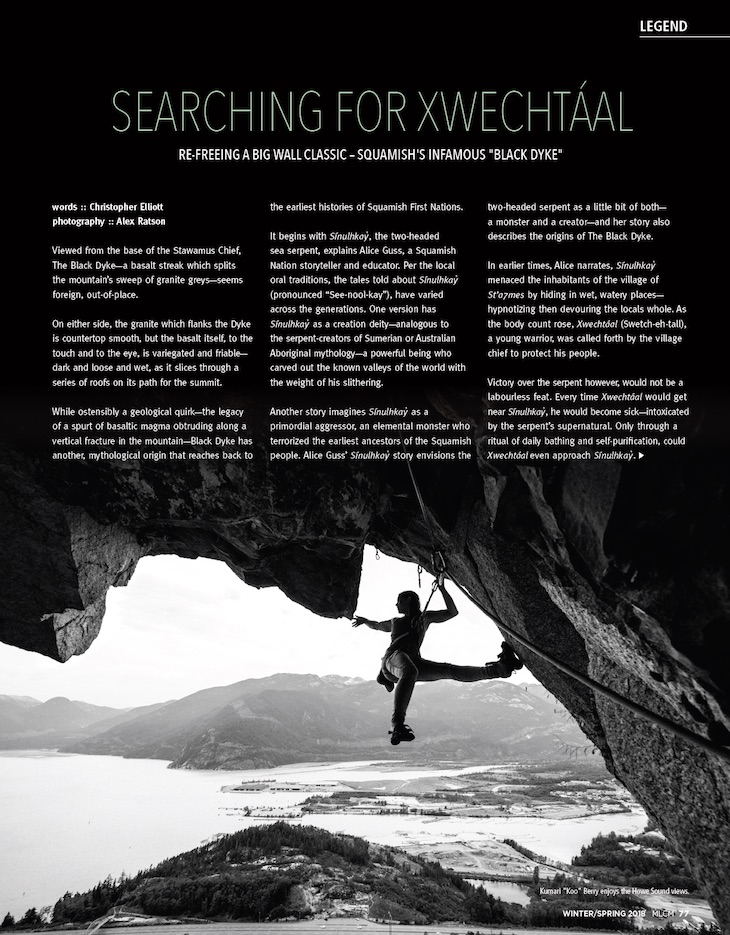 Return to Mystery Mountain
Christina Lustenberger and Justin Sweeney lead a team of Arcteryx athletes down the path of explorers Phyllis and Don Munday for an old-school, non-motorized attempt to summit and ski Mt. Waddington. 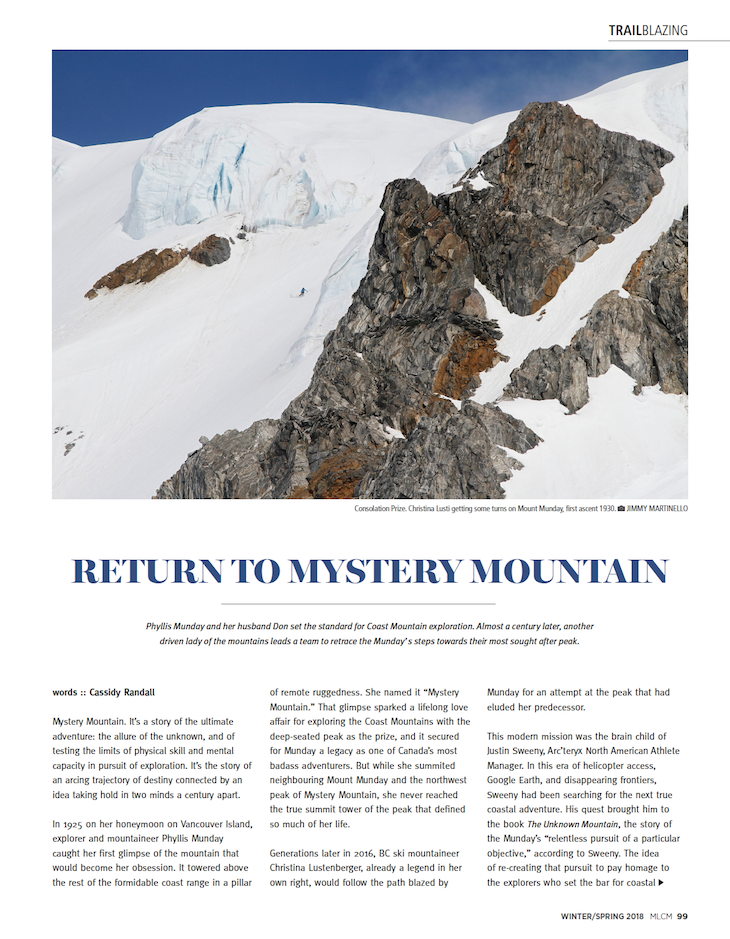