With the dizzying array of outdoor adventure apps streaming from the market today, it’s easy to furl a brow at the claims boasted by their creators—especially when so many of these apps fall short, if they work at all.

So when ULLR Adventure Maps rose from the ashes of the quietly revered Whistler Mountain Mapping Initiative [WMMI] in the fall of 2017, those in the know rejoiced.

Fusing top-of-the-line cartography, local knowledge and real-time GPS pinpointing, the ULLR app provides users with detailed, topographical maps, without the need of a cell signal (as long as a link to GPS satellite can be established). 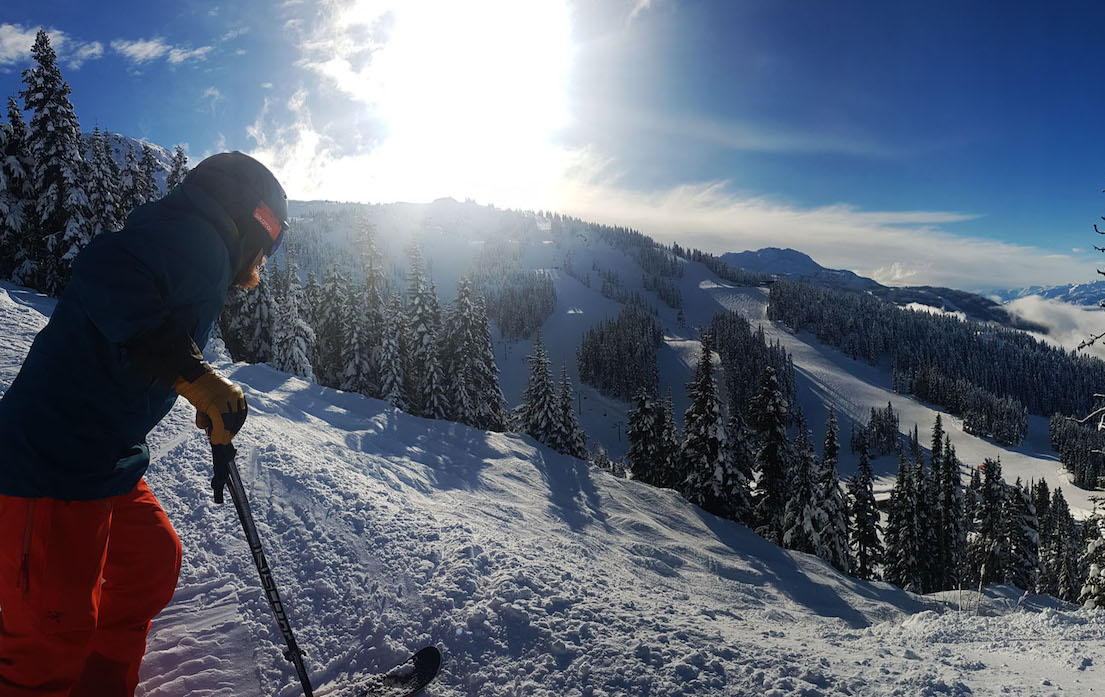 ULLR is the brainchild of Alex Hordal, who in 2014 (after an eight-year stint as a ski instructor on Blackcomb) decided to try his hand at patrolling on Whistler.

“I didn’t know the mountain at all,” he admits. “And one of the most important things as a patroller is not only knowing where you are at all times, but also being able to let people know where you are specifically by the local names.”

Hordal set out to make himself a map—a homespun collage of Google Earth screen shots stitched together with some rudimentary run information.

“I was just using it for myself,” he says. “But eventually it dawned on me that this could be improved, and maybe it could help other people in a similar situation. That’s what started off the Whistler Mountain Mapping Initiative.”

After years of handling WMMI on his own, Hordal came together with two partners in late 2017 and morphed WMMI into what is now ULLR Adventure Maps. The added support enabled ULLR to develop its own proprietary mapping platform and allowed Hordal to focus on future projects. 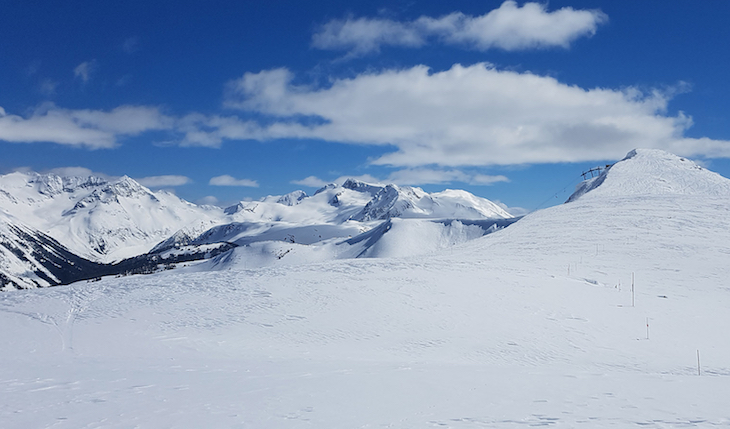 The maps Hordal now crafts are a far cry from his original conception. Creating a single map can take upwards of hundreds of hours. One of the main challenges is making an area on the map equivalent to the real world—what’s called geo-referencing, Hordal says.

But it’s not just highly accurate topography that sets ULLR apart from existing apps. Where ULLR excels is in its abundant use of local references and the inside information gathered from mountain veterans, seasoned patrollers, crowd sourcing, user feedback and personal experience.

“When you start getting into municipal and park boundaries, run names, waypoints or traverse routes, one of the big challenges is making that accurate and relevant,” he says, adding that it’s all for naught if it the app isn’t user-friendly or doesn’t look good. “We work hard to make the maps as professional and clean as possible, so people will want to use it.” 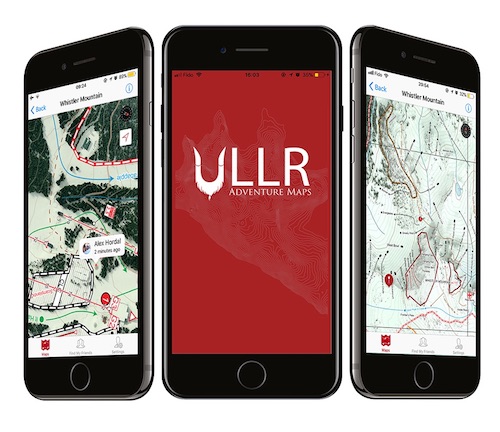 MAPPING THE SPEARHEAD TRAVERSE
Having completed the Whistler map, Hordal set his sights on his most ambitious project yet: mapping the expansive Spearhead Traverse.

With the Spearhead Huts Project (a massive undertaking of backcountry hut construction dotting the storied glacial traverse) set to full steam ahead, creating a map of the area just made sense to Hordal.

“The Spearhead Traverse map was the next natural step of where I wanted the maps to go,” he says. “As a company, we wanted to map Whistler, and grow out from there.”

ULLR is indeed growing out. Hordal is now collecting data on the Callaghan Valley, and is working to grow ULLR’s functions to include Search & Rescue applications.

SAFETY, SEARCH & RESCUE
Real-time location pinpointing on a detailed topo map not only makes for a more efficient excursion into the mountains, but it’s also one of the best safety tools one can carry into unknown areas.

With ULLR’s ‘Find your Friends’ feature, the app can track other users’ locations, a feature that can literally be a life saver in the trees or in low visibility situations. While this feature does require a data plan and cell signal, it is one of the app’s most indispensable components.

Hordal is also seeing growing interest from first responders, as well as from visiting emergency doctors. 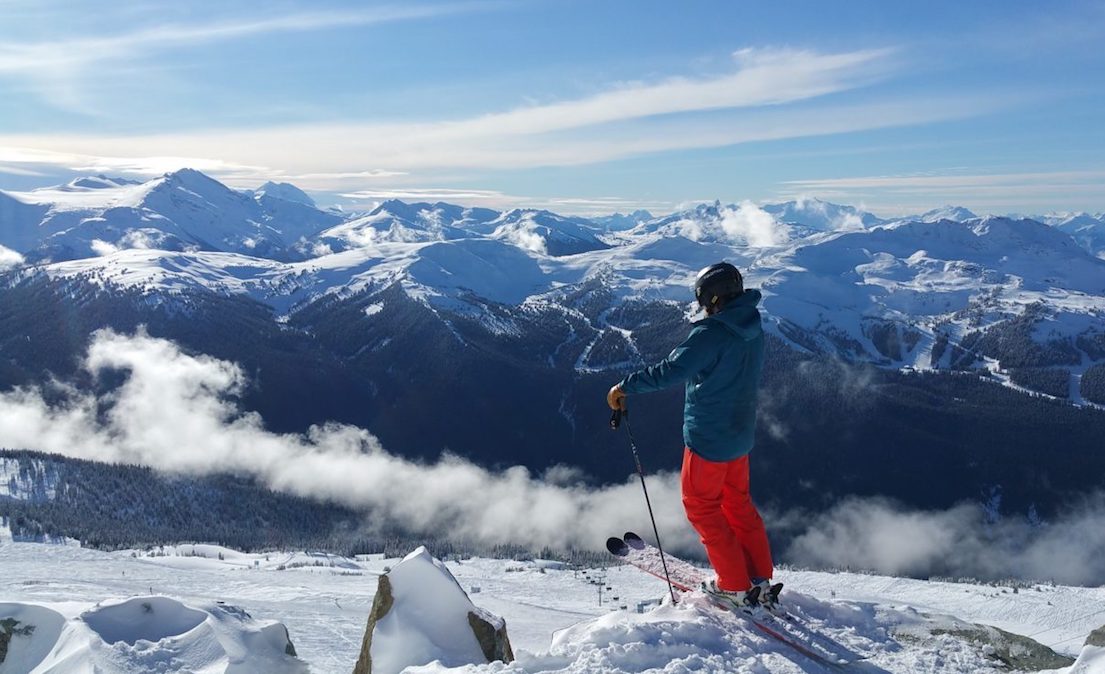 “The physicians in Whistler’s emergency program aren’t up here all that often,” he says. “Sometimes they’re new to the area and they’re often responding to some fairly serious calls. When they can pinpoint their locations in relation to chairlifts, it can really help in response time.

“We’re slowly trying to merge into the rescue world as well,” he continues. “We’re working on the ability to include co-ordinates, which is huge because then we’ll be using the same language as search and rescue technicians.”

What started out as a greenhorn Whistler patroller’s guide has since grown into not only a business, but also an opportunity for Hordal to give back to a community of mountain lovers and professionals.

“It feels good when patrollers come up to me and say they were able to respond to a call more efficiently,” he says, the desire to help others navigate and enjoy the outdoors still very much apparent.

“When people tell me they were able to spend their time in the mountains more confidently and safely because of the app—that’s what it’s all about.”