Natalie (not her real name) stared at the mountains of paperwork before her. The previous few days had been mind-numbing, filled with roadblocks and problems with her new Sea to Sky business. Today, however, things were flowing much more smoothly. Though she faced the same hurdles, solutions seemed to pop up before problems. Noting her good mood, increased creativity, and noticeably more efficient flow, Natalie wondered, was she just having a really good day? Or was the microdose of LSD she’d taken that morning playing a role? 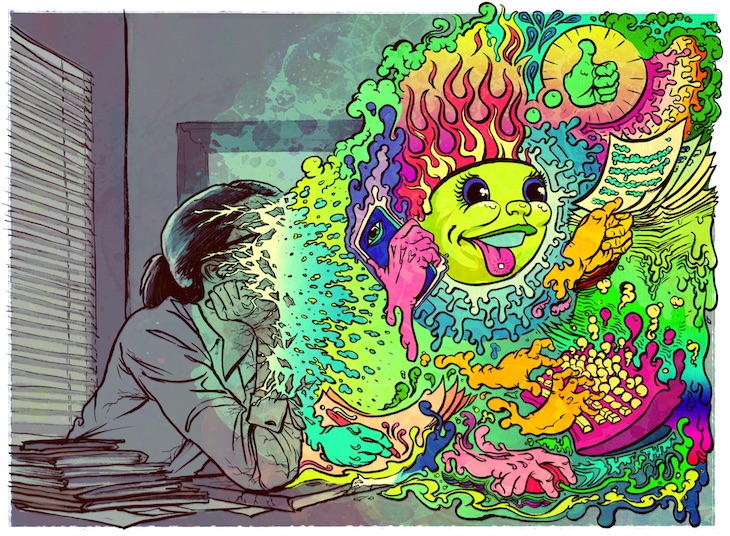 These days, more and more health care professionals are considering the latter. Psychedelic microdosing is defined as taking a sub-threshold dose (i.e.: 1/20th to 1/10th of a standard recreational amount) of a substance to achieve beneficial results. In contrast to recreational amounts, microdoses are sub-perceptual, meaning that the effects of the hallucinogenic substances shouldn’t really be felt on the dose day, but rather over the days/weeks/months after.

Lysergic acid diethylamide (LSD) was first synthesized by Albert Hofmann in 1938. After accidentally ingesting a few drops during re-examination in 1943 and discovering its powerful effects, he took the first intentional dose of LSD a few days later, reporting that it made for “an interesting bicycle ride home.”

“Microdosing turns out to be a totally different world,” says Dr. James Fadiman, who presented the first data on microdosing at the 2017 Psychedelic Science Conference. “The rocks don’t glow, even a little bit, but what many people are reporting is, at the end of the day, they say, ‘That was a really good day.’”

After accidentally ingesting a few drops during re-examination in 1943 and discovering its powerful effects, he took the first intentional dose of LSD a few days later, reporting that it made for “an interesting bicycle ride home.”

Dr. Fadiman runs an ongoing study that now includes over 1,500 people who’ve signed up through his website to receive a self-study, month-long protocol. Presenting results from his initial 418 volunteers, Fadiman reports that in general, participants functioned normally in their work and relationships, but with increased focus, creativity, and emotional clarity.

“You know, that kind of day when things kind of work,” he says. “You’re doing a task you normally couldn’t stand for two hours, but you do it for three or four. You eat properly. Maybe you do one more set of reps. Just a good day. That seems to be what we’re discovering.”

Humans have been ingesting psychedelic substances since ancient times, and are currently in a third wave of exploration. The second wave of psychedelic use in the 1960s helped build the “counterculture” of ecological, feminist, and civil rights movements. Scientists in several countries conducted extensive research with LSD in the 1950s and 60s to examine the medicinal purposes of psychedelics. Their results suggested the drug was effective at treating a myriad of mental health issues, but in the 1970s LSD was given the strictest classification under the Controlled Substances Act, halting legal research. 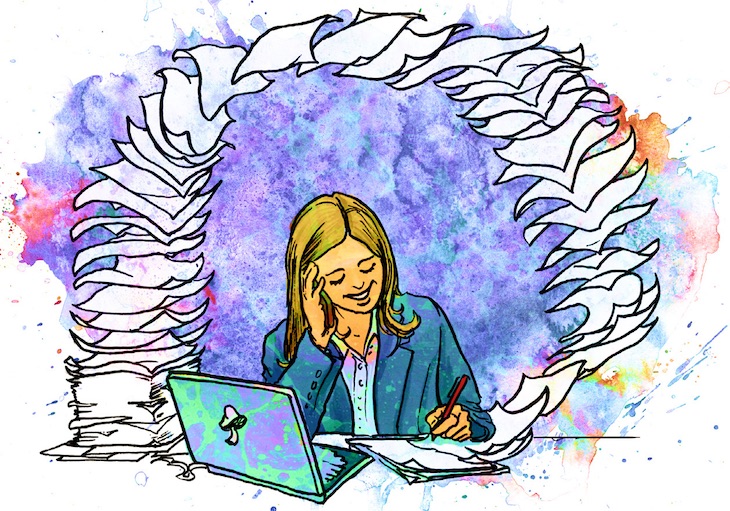 While the first contemporary studies after a five-decade hiatus examining psychedelics as therapeutics (for PTSD, addiction, ADHD, anxiety, alcoholism, depression) are just starting to come to light, microdosing has been dropped into the mainstream. Though not a new paradigm, stories have recently come out of the biohacking and Silicon Valley tech scenes lauding the positive impact of microdosing on creativity and performance with problem-solving tasks, improvements in perception, mood, and focus, or as an effective coffee substitute. Additional studies, books and online forums reveal thousands of people who have been taking and self-reporting on sub-perceptual doses of LSD or psilocybin in an attempt to boost their innovation, energy, and relational skills without the “trip” experienced with higher, recreational doses.

These substances (LSD, psilocybin, DMT and other “classic” psychedelics) work by activating the serotonin 5HT-2A receptor, fuelling the release of the “feel-good” brain chemical serotonin among other things. Researchers “find that the psychedelic state is associated with a less constrained and more intercommunicative mode of brain function, which is consistent with descriptions of the nature of consciousness in the psychedelic state,” as Petri et al published in 2014 by The Royal Society.

A study published in 2016 led by Dr. Robin Carhart-Harris at Imperial College London looked at how LSD affects the brain. “Scientists have waited 50 years for this moment – the revealing of how LSD alters our brain biology. For the first time we can really see what’s happening in the brain during the psychedelic state, and can better understand why LSD had such a profound impact on self-awareness in users and on music and art. This could have great implications for psychiatry, and helping patients overcome conditions such as depression,” report Professor David Nutt, the senior researcher on the study and Edmond J. Safra, Chair in Neuropsychopharmacology at Imperial.

By quieting the default mode network with LSD, there is more communication between brain networks that are often segregated. More fluid modes of cognition and enriched consciousness lead to increased novelty of thought.

Torie (name changed) has been taking 0.2g of powdered mushrooms every fourth day in lieu of going back on the selective serotonin reuptake inhibitors (SSRIs) she was prescribed for depression.

The creativity enhancing effects of LSD were hailed as revolutionary in the 1960s; field experts struggling with hard problems for months were given 100ug LSD, leading to a slew of innovations from mathematical theorem, to conceptual models, new designs, technical improvements, and space probe experiments. Albert Hofmann himself was reportedly microdosing LSD for at least the last twenty years of his 102-year life and called it “the most under-researched area of psychedelics.”

Psilocybin, the main psychoactive compound in “magic” mushrooms, is the other popular microdosing substance. Evidence exists that humans, including the Mayans, Aztecs, and Siberian peoples, have used psychoactive mushrooms for thousands of years. In modern science it was Hofmann, once again, who isolated and identified the naturally occurring psychoactive compounds psilocybin and psilocin and synthesized related compounds.

Magic mushrooms grow naturally in the Sea to Sky region and anecdotal stories of microdosing are not difficult to find. Locals report using tiny amounts to battle the depression that comes with dark, wet, west coast winters, or assist with the descent of a long hike or ascent of a ski tour.

“You know, that kind of day when things kind of work,” he says. “You’re doing a task you normally couldn’t stand for two hours, but you do it for three or four. You eat properly. Maybe you do one more set of reps. Just a good day. That seems to be what we’re discovering.”

Torie (name changed) has been taking 0.2g of powdered mushrooms every fourth day in lieu of going back on the selective serotonin reuptake inhibitors (SSRIs) she was prescribed for depression. She reports being less tearful and having more energy, while her partner, unaware of the experiment, also noticed a positive change. She is thinking of switching to LSD for ease of use and travel, but also admitted she had just upped her dosage and had a comical and messy afternoon baking.

Microdosing is still technically illegal in Canada, and while scientists and health care professionals are warming up to the idea, much research remains to be done and data is still very lean on the effects of microdosing on people with previous psychotic diagnoses. It appears the paradigm is starting to shift however, and the third wave of psychedelics seems off to a promising start.

So, regardless of how you go about it, please have a really good day.

Disclaimer: Mountain Life does not encourage anyone to use anything they are unsure of, especially ingesting illicit substances in any amount. What we do encourage is for people to think for themselves, do their own research, talk to professionals, obey the laws and be as safe as possible. Here is some further reading: thethirdwave.co, microdosingpsychedelics.com, Greencamp. 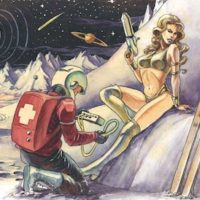 WELLNESS: DEVELOPED BY NASA IN THE ’60S, PEMF THERAPY HEALS THROUGH PULSING MAGNETIC WAVES
The future is here. Technology that used to exist strictly in the realm of Sci-Fi movies, and for astronauts, is now available to all. Developed by NASA in the late 1960s to help astronauts stay alive while in orbit and away from the earth’s magnetic field, PEMF (Pulsed Electromagnetic Field) Therapy is a treatment designed to help the health of the body’s cells by pulsing magnetic waves…. Read more