The people of Petran, Turkey, have been snowboarding for roughly 300 years. It’s not snowboarding as we know it, but you’ll recognize it. In this film by Patagonia and WRKSHRT, we follow Alex Yoder and Nick Russell into Turkey’s Kaçkar Mountains on a quest to unearth the unlinked heritage of snowboarding and have some fun in the process. 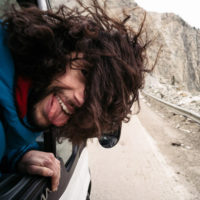 THE HIGH FIVE WITH ALEX YODER
Alex Yoder has a refreshing take on snowboarding, one of aesthetic and subtle, impactful movement. While the Jackson Hole local began his career in the traditional resort-based contest circuit, an Alaskan trip at age 18 introduced him to big mountains, the zen of being a dish pig, and a newfound heli addiction. He’s as unique a person as he is a snowboarder, and that’s why we gave him this month’s High Five… Read more