Who says you can’t have it all-sex appeal, brains, and a healthy conscience? Oysters, those bivalve mollusks served naked on the shell, are all the above, and much more. 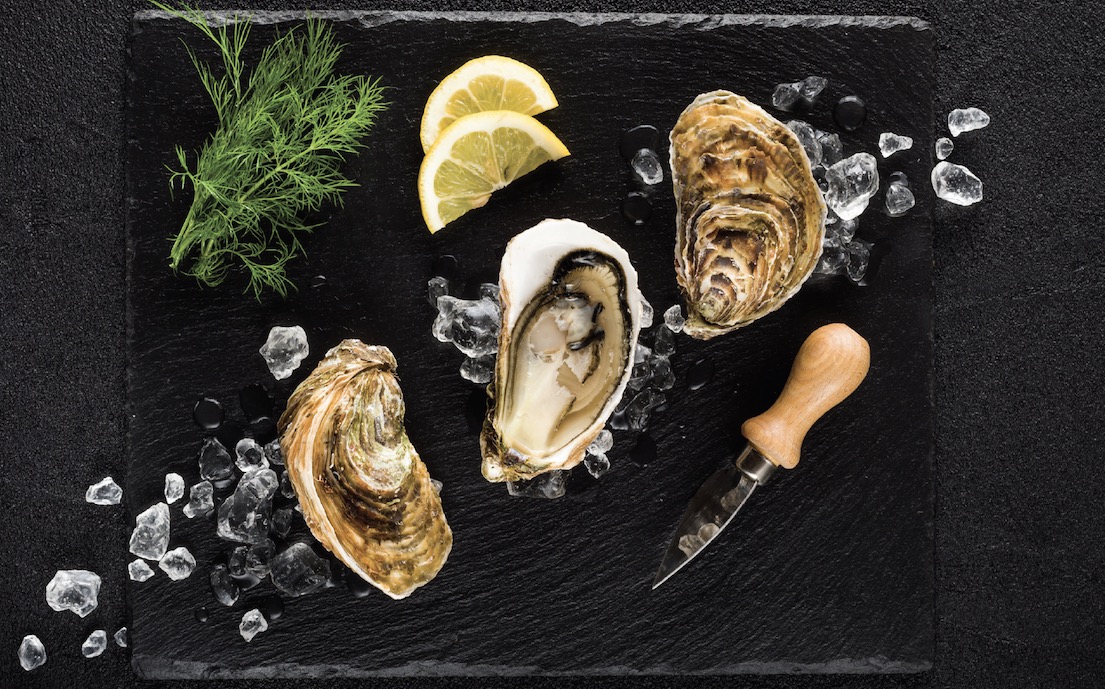 It’s no secret that slurping back a couple oysters could yield better luck in the bedroom, but these rough-shelled delicacies have also been noted as the world’s richest animal source of vitamins and minerals-except they might not be animals at all. They’re classifi ed as a keystone species to the ocean, meaning they’re a key contributor to keeping our oceans healthy. And they’ve got an interesting position on gender bias…

Oyster shucker Chris Field has been popping mollusks for the past 30 years, nearly fourteen of them spent as a self-proclaimed “Aphrodisiologist” in the fine dining establishments of Whistler. He also spent six years as a judge at the annual Bearfoot Bistro World Oyster Invitational.

“There are five commercially grown and marketed species of oysters, but over 140 sub-species,” Field says, adding that BC is Canada’s top oyster producing province. And just as wines rely on their “terroir” (sunlight, soil, and rainfall), oysters rely on a “merroir” (water salinity, food availability, and tidal flow). “And every body of water on Earth varies greatly on these three things,” he says, “so you end up with a great variety of textures and finishes. They’re high in zinc and dopamine, which, in males of the human species, improves our “turn around” time… so to speak.”

Another element that influences an oyster’s growth and texture comes from the old adage about not eating oysters in months that don’t have the letter R (May, June, July and August). 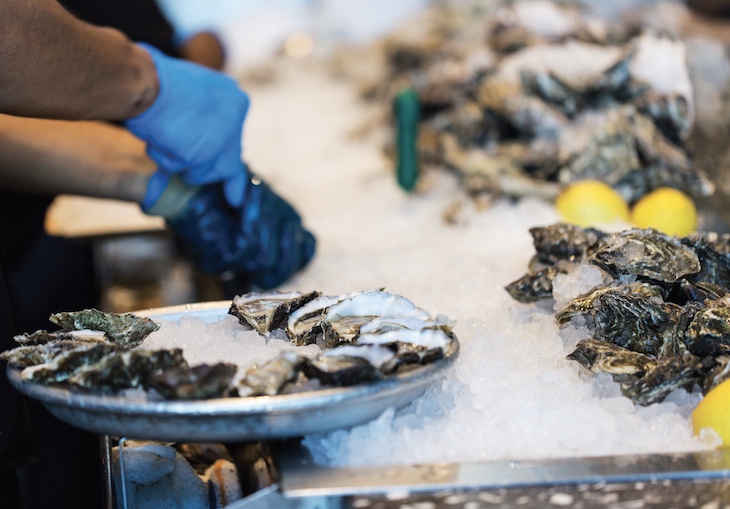 “That saying was actually originally penned as a conservation method to keep people from harvesting oysters off natural beds during their mating season,” Field says. “It all became a moot point when commercial refrigeration was invented in the 1920s, but oysters are generally at their best in colder months when they gain fat for the food-scarce winter.”

Regardless of when they are picked, oysters rank high on nutritional profile. “They contain at least five vitamins, 16 minerals, antioxidants, omega-3s and are only ten calories a piece,” Field says. “And, they can be vegan-approved as they have no central nervous system–after two weeks of life they resemble a plant more than an animal.”

Field adds that oysters are also known to sequester carbon dioxide, reducing CO2 levels in the ocean and air. “They are the only sustainable aquaculture operation right now,” Field says. “Nothing is added to the water. They feed on plankton and filter the water, and they provide food and shelter for other marine life. If the oysters aren’t doing well, the oceans aren’t doing well.”

They’re high in zinc and dopamine, which, in males of the human species, improves our “turn around” time… so to speak.”

“Well, peanut butter can be an aphrodisiac if you’re with the right person,” he jokes, “But yes, it is true.”

Field will return to the judges’ panel for this year’s 7th Annual Bearfoot Bistro World Oyster Invitational & Bloody Caesar Battle held November 19, 2017 from 3:00 – 7:00 p.m. during Cornucopia, Whistler’s food and drink festival. “It’s a restaurant competition, so all the oysters have to be free of shell and grit, not mangled in appearance and ready to eat.”

All fundraising proceeds from this year’s championships go to the BC Cancer Foundation. The foundation is contributing to leading-edge research that has a direct impact on improvements to cancer care for patients in British Columbia. Oysters, it seems, just can’t help helping us. 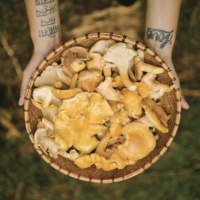 MAGIC IN MUSHROOMS: PUTTING THE FUN BACK IN FUNGI, BOTH ON THE PLATE AND MEDICINALLY
“Wildcrafting” It’s as primitive as it sounds. Wildcrafting is the action of gathering herbs, plants and fungi from the wild. It’s hunting in the dimly lit woods and combing through the hallways of trees instead of shuffling the concrete floors and fluorescent-lit aisles of supermarkets. It’s gathering golden treasures from the mossy forest floor while actively revolting against the convenience and disconnection of the industrialized food preparation industry… Read more