While Whistler’s main global draw is its striking peaks and abundant snowfall, there is a vibrant local community lurking in the valley. This cultural mosaic is made up of unique characters, some born in Whistler and others who immigrated from across the world. This blend, these people, is what makes Whistler uniquely different from ski towns across North America.

And then there’s Jorgito Alvarez, a Spanish/ Chilean enfant terrible who, besides being one of the community’s most prolific photographers, has definitely helped shape the local culture in his own special way. 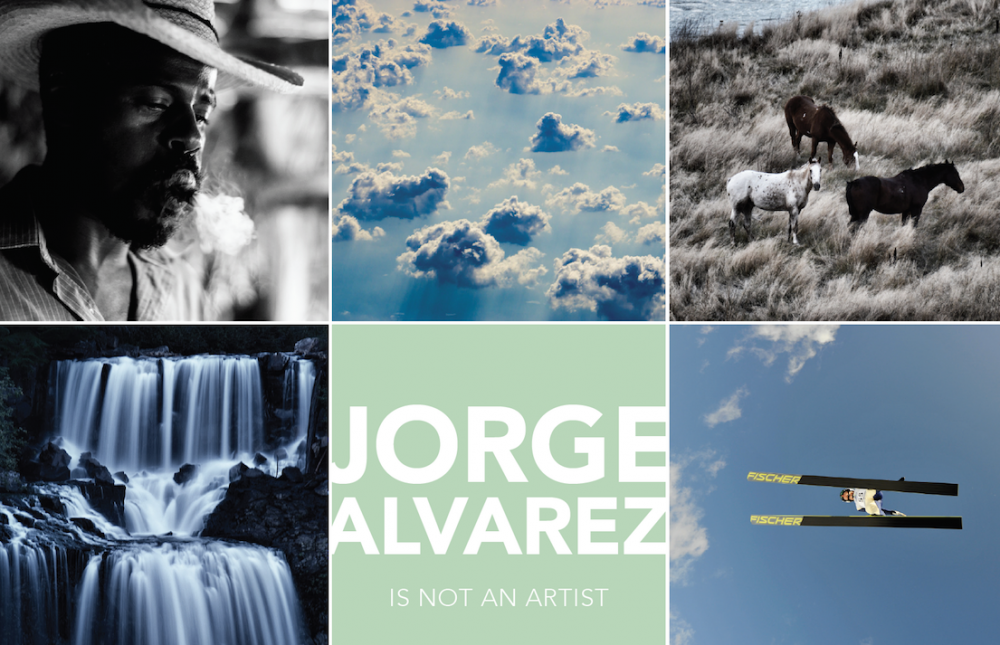 Jorge, as he’s known, arrived in Canada on May 7, 1978 with his parents and three younger sisters. “My dad got transferred from Madrid, Spain to Trail, BC,” he says. “We actually landed in Spokane, Washington and thought, ‘oh what a quaint little town.’ I think we were all expecting Toronto, but with bears.”

Driving north to their new home, Jorge says he remembers the towns getting smaller and smaller. “Then there were no more towns, just trees and lakes. When we finally got to Castlegar, our faces just dropped and mom started crying. There were four buildings, it was brutal.” 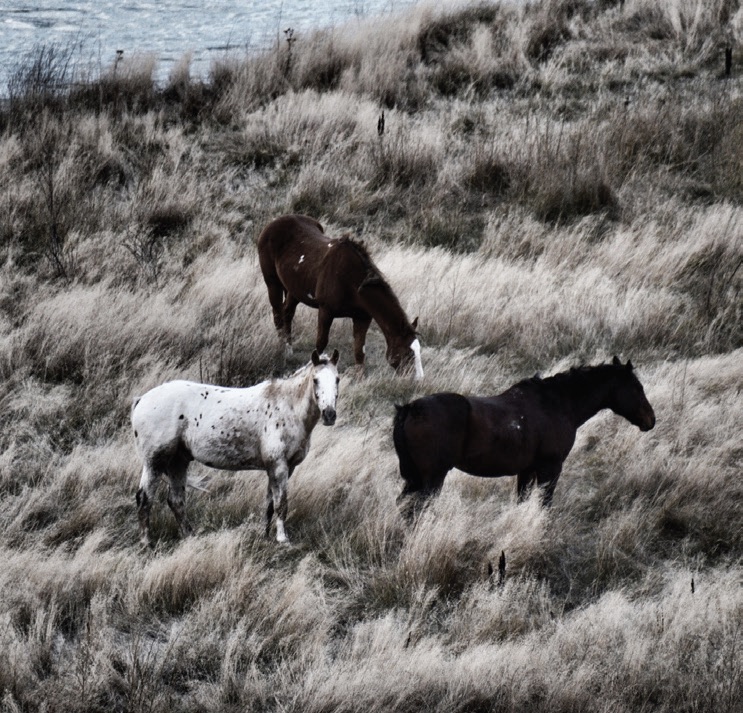 Jorge was 16 years old at the time, in his final year of high school, and didn’t speak a word of English. “BC was a bit behind the times,” he recalls. “Everybody was still wearing bell bottoms and had long, feathered hair. I had tight Levi’s, really short hair and pimples.”

Despite the language and fashion barriers, one of the first people to befriend Jorge was Canadian ski racer royalty, Felix Belczyk. The Alvarez sisters also bonded with Felix’s two sisters, forming a close Canadian kinship to this day. These ties led to Jorge meeting many more ski racers, including future legend Rob Boyd, and the entire Alvarez family learned to ski. The sport would expand Jorge’s horizons. 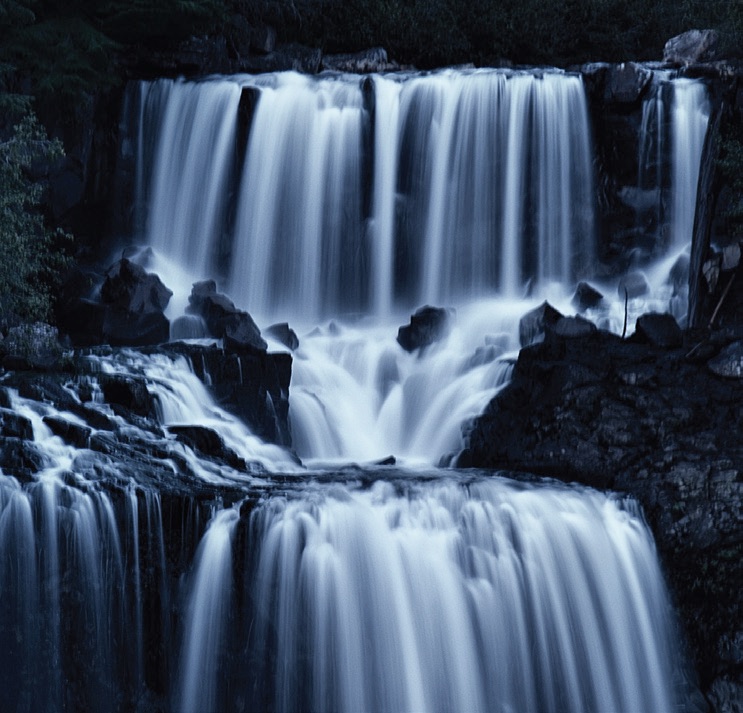 “I left town five years later,” he says, “with a bunch of other people from Castlegar including Greg Pondilechek (infamous Savage Beagle bartender) and the Belczyks. We went to Vancouver, but it was still too small—nobody even knew what a cappuccino was!”

With his father set to return to Spain, Jorge decided to accompany him, even though it would mean 18 months of military service. Before that, however, he took a chance ski trip to Whistler with Sandy Belczyk and the plot of his life carved another sharp turn. 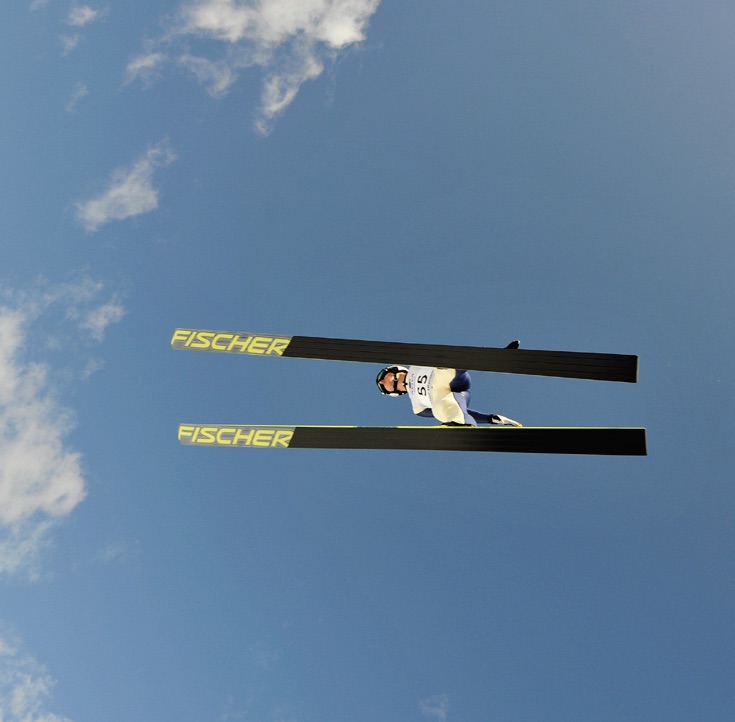 “We said, ‘Whoa, whoa, wait a minute. We can ski year-round?!’ That changed everything.” Jorge and the entire Castlegar contingent moved to Whistler’s Emerald Estates together on November 1, 1984. “It was easy to find a place,” he says. “And there were lots of jobs—Andrea got a job at Umberto’s and told us we should all go there. I stayed at my job at Nasty Jack’s (now Garbanzo Bike and Bean) while they were all making huge money in fine dining.”

Jorge informed his father he was now staying in Canada and needed money for university tuition. “But it was really for a ski pass!” he says. “He found out later and was really mad.” 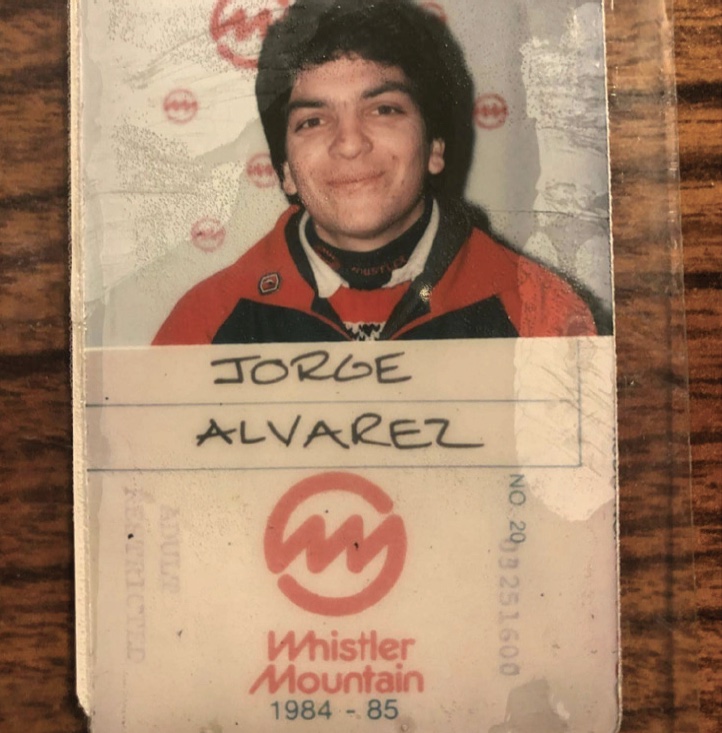 Jorge’s new life, friends and the landscape of Whistler fired up an old passion: photography.

“I invented photography when I was ten,” he jokes. Actually, that was the year he gave all his money to an uncle and had him buy a Diana camera from a duty-free port town in Chile, where Jorge lived in his pre-teens. “You got 12 shots on each roll – 120 film – and you had to manually estimate distance and light.” 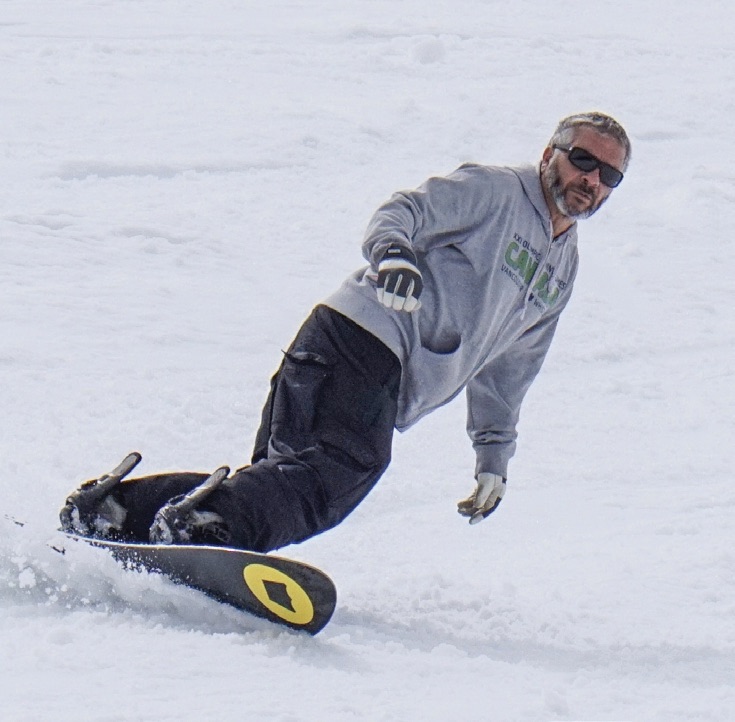 Jorge shot all the family vacations throughout Europe as a child. When they moved to Canada, he bought his first Canon AE-1 and began shooting photos for the local Castlegar newspaper, his first paying gig.

“I saved enough money to upgrade to a Nikon FE 4 years later. I was so proud of that camera with a titanium shutter.” In the pre-digital era, Jorge had to mail away his rolls of Kodachrome and wait three weeks to get the developed film back. 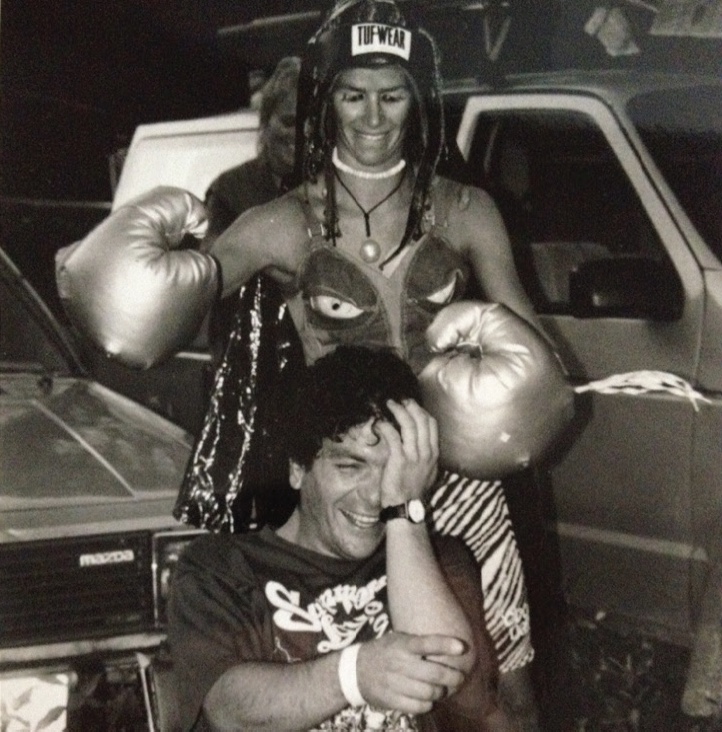 “In my late teens, I decided to become an exotic dancer photographer. We did the shoot in my Mom’s living room. I decorated it and had my sisters act as assistants with clipboards and everything to look more professional. My Dad and I have the same name, so he got the mail and opened the slides and saw the stripper on my Mom’s couch. We sat there with a Bic lighter and burned them one by one. Dad was strict.” 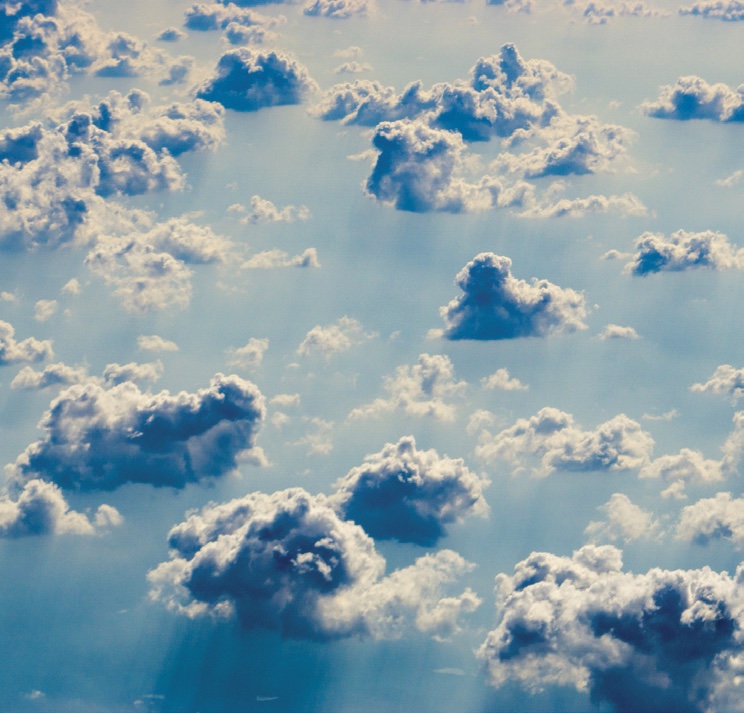 Needless to say, Jorge now prefers digital. Photography played a role in Jorge’s first business venture in Whistler, but this time the models wore clothes. In 1987, he and Sandy Belczyk opened Santini, a t-shirt shop located in the space that is now the Maxx Fish coat check.

“It was the skinniest shop in town,” he boasts. “We designed t-shirts and got them printed in Vancouver. Then we found out about airbrush t-shirts and hired local artists like Bruce Rowles, Stu MacKay-Smith, and later, Pete Malaschitz.” 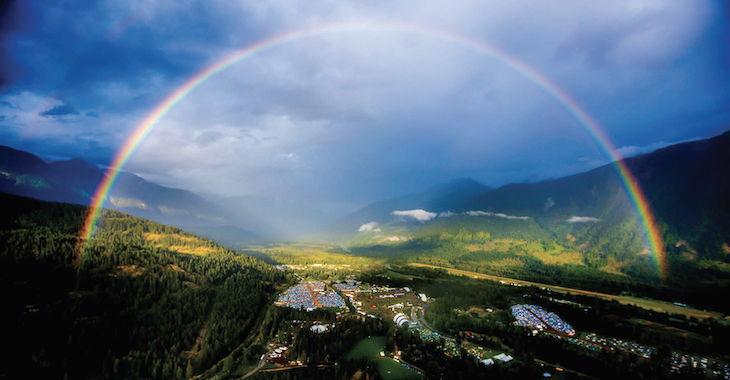 As business picked up, Jorge moved t-shirt production to a small space in Function Junction. The move necessitated naming their fledgling company. “Toad Hall” was chosen as an homage to one of Whistler’s most classic, counterculture symbols. Originally a squat/barn/home located north of town, Toad Hall was infamous for representing the free-spirited culture of Whistler in the 1960s and 70s. Before Whistler grew into a full-blown tourism industry, it was a small town of blue-collar workers, vagabonds and ski bums, many of whom lived without electricity or water—all so they could live a life dedicated to the mountains.

“Pete came up with the name. We worshipped Toad Hall and the whole attitude,” Jorge says. “And we wanted to work naked.”

Jorge would photograph the Toad Hall t-shirts on local models to promote Santini (one model/ waitress/aspiring actress even went on to star in The Matrix) and people began to take notice. Soon, Toad Hall was printing shirts and stickers for other local businesses. They entered the computer age in 1992 when tech guru Sean Bondaroff joined as a partner, another Castlegar connection. 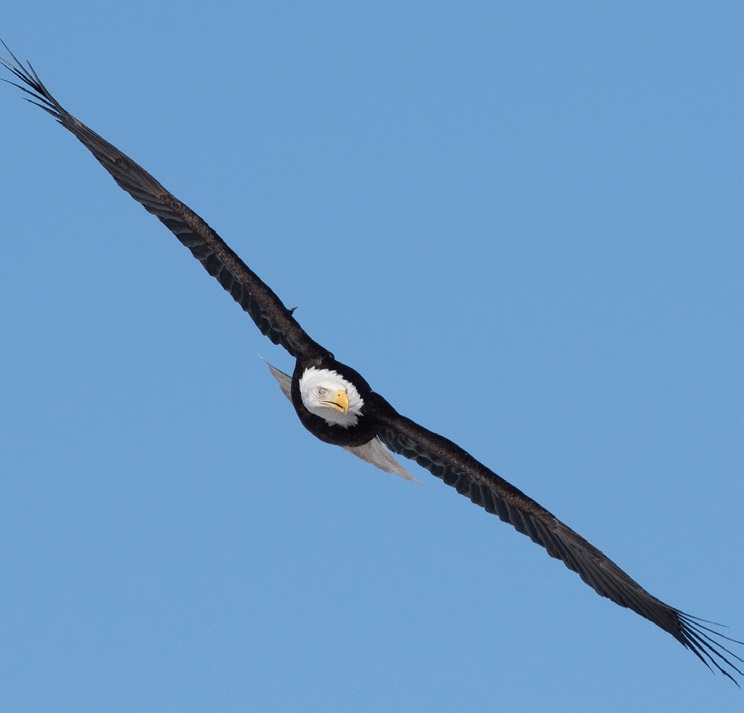 A few years later, Santini’s landlord asked Jorge to help create a cool new nightclub in the old Garfinkel’s space. Jorge came up with the name and concept for Maxx Fish, then hired local artists to redesign the space. Tattoo artist Dave Petko spearheaded the new look and DJs Vinyl Ritchie and Mat the Alien created a new sound, helping break hip-hop and electronic music into the Whistler nightlife scene.

Managing the club with a loosely clenched fist (very loosely clenched), Jorge consistently highlighted local artists and refused to let the spotlight shine on his own efforts, or photography. In 1999, Maxx Fish hosted a Toad Hall art show and essentially kicked off Whistler’s lowbrow arts scene, with nary a landscape painting to be found. 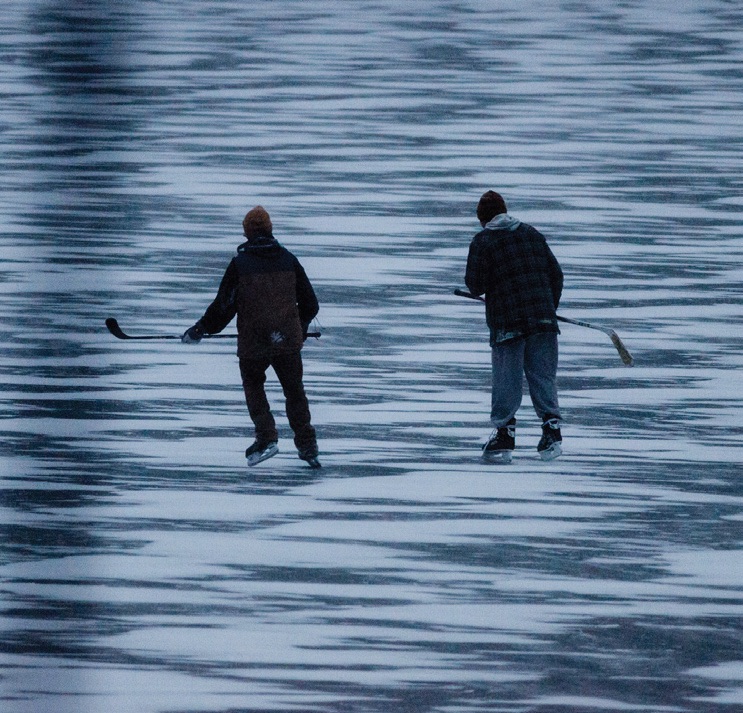 These days, Jorge leaves the nightclubbing business to the kids and focuses on running Toad Hall, skiing, paddleboarding and shooting photos as much as possible. Even though his work has graced the walls of WSSF’s State of the Art shows, and his Instagram account has been voted “Top 20 Accounts to Follow in BC” by the Huffington Post, landing him a gig as staff photographer for the Pemberton Music Festival, he is adamant that he is NOT an artist.

“We (photographers) are opportunists,” he says. “Light thieves with an artistic eye. Don’t call me an artist, I just shoot what I love, nature or people. Also, I don’t like being told what to do.”

Check Jorge’s “light thieving” on Instagram (@jorgetoadhall) or at flickr.com/photos/millardog/ 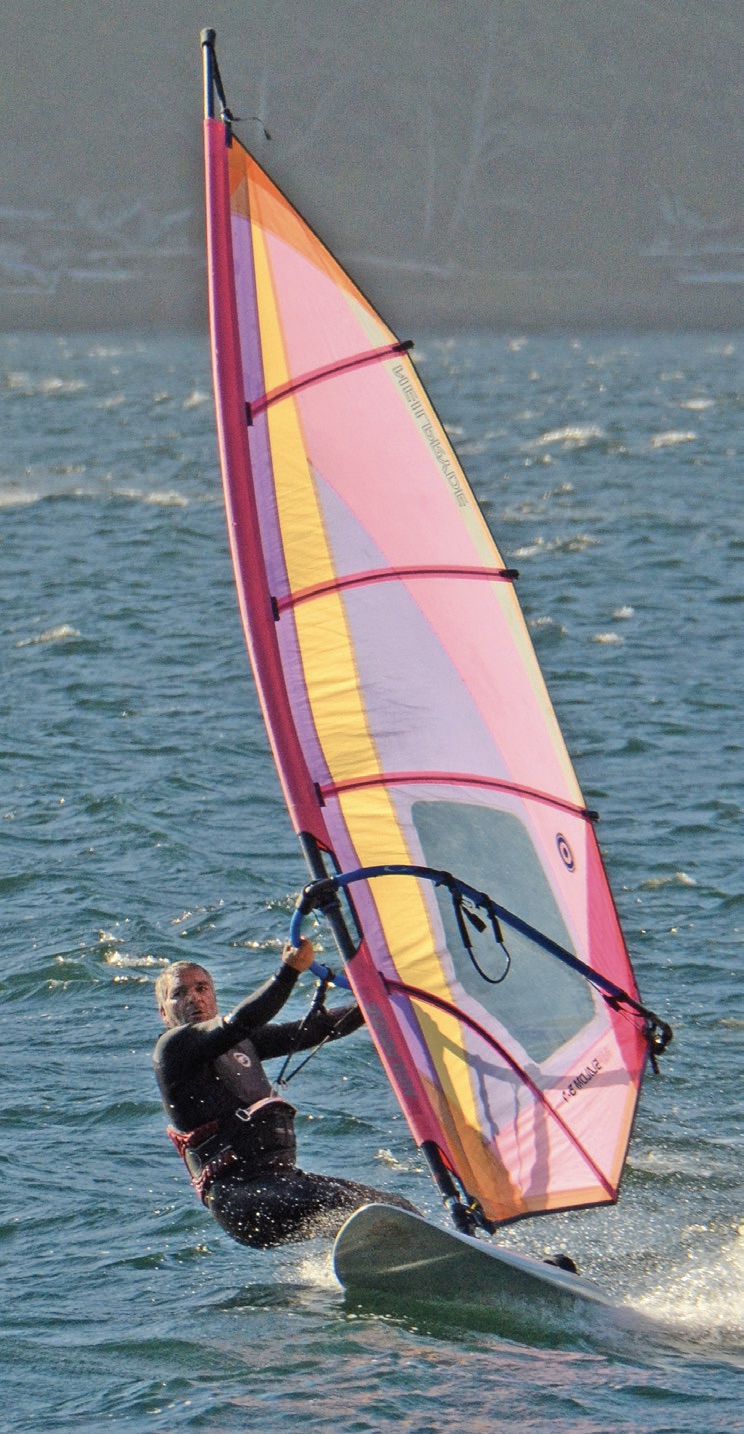