Momentum is the lifeblood of a resort—not snow, good press, or lift capacity, or even après—but the force that makes arcing into a turn the most exhilarating sensation your body can chase. The current that pulls people from modest little towns and traffic churning cities to unload their cares at the foot of a Canadian ski town and to catch a whiff of the expectations that lies ahead. The invisible energy that makes resort towns more than their best runs and brightest rippers, big claims and vital statistics.

This is Part 4 of a 5 Part series dedicated to women making a lasting imprint on mountain culture in Canada. 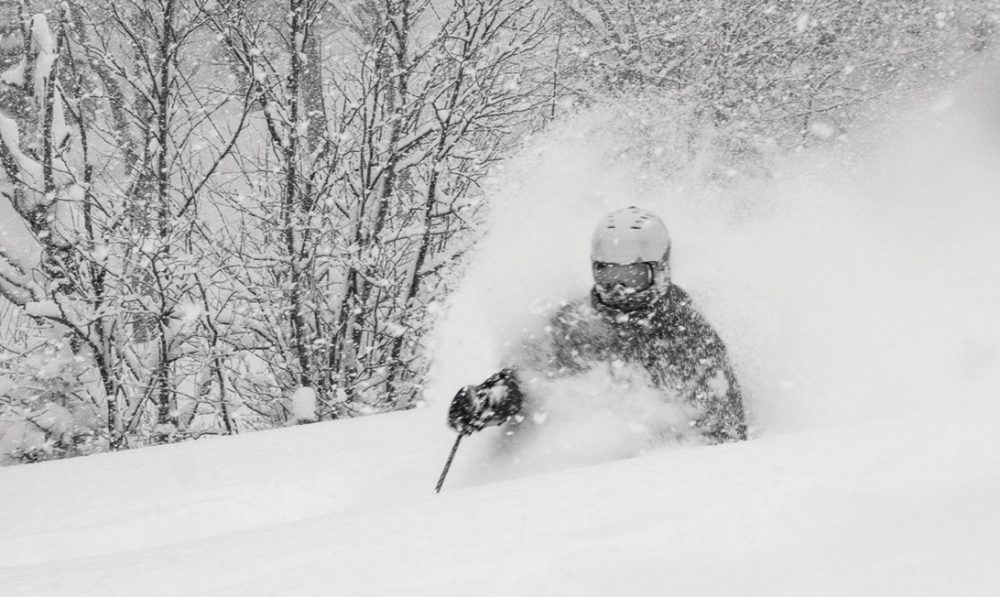 “For a retired woman, I’m quite busy,” says 75-year-old Jocelyne Trudeau, in her French-inflected English, in between appointments and packing for an African safari. More widely know as “Miss Metéo” (the Weather Girl) on the slopes of Mont Sutton, Trudeau has been the voice of Sutton’s snowphone, and the beta-gatherer behind it, since her retirement from the City of Montréal 28 years ago.

“I never spent a weekend in the city in my whole life,” she says of a lifelong passion for skiing, fishing, and being in the mountains. A member of a ski club in her teens, she discovered Sutton at the end of the resort’s opening season in 1960 and fell in love. She has been skiing here every single winter since.

She took her non-skier husband to Sutton for their honeymoon. Taught him how to ski. She also introduced her sisters and her nephew, legendary freeskier, PY Leblanc, to the sport (he turned out to be the most receptive.) “He’s a really good skier. And now he has two kids who are going to be perhaps as good. So it’s become a family affair.” says Trudeau.

Her husband put 10 years into the sport, but prefers to snowbird in the Dominican Republic in the winter, leaving Trudeau to her passion and her early mornings. Thursday to Sunday, she rises at 5 a.m., to head up the mountain to the snow plot where she measures the overnight snowfall, analyzes the weather and compiles the daily snow report, broadcasting it to guests, the media and the resort’s social channels, before 6 a.m.

She loves the early mornings on the mountain. “It’s so quiet. When we have a big snowfall, it’s amazing. I’m mostly alone out there, with the moon and just a few of the snowmakers.”

She loves the early mornings on the mountain. “It’s so quiet. When we have a big snowfall, it’s amazing. I’m mostly alone out there, with the moon and just a few of the snowmakers.”

After the snow report is filed, Trudeau leaves the marketing office and heads back up the hill.

“I go and ski all the sectors of the mountain to get a sense of the conditions for the next day’s report. I’m always in the mountains so people know that the snow report is the real thing. I ski the whole mountain. I especially love the glades. I’m not fast, but I’m strong.” 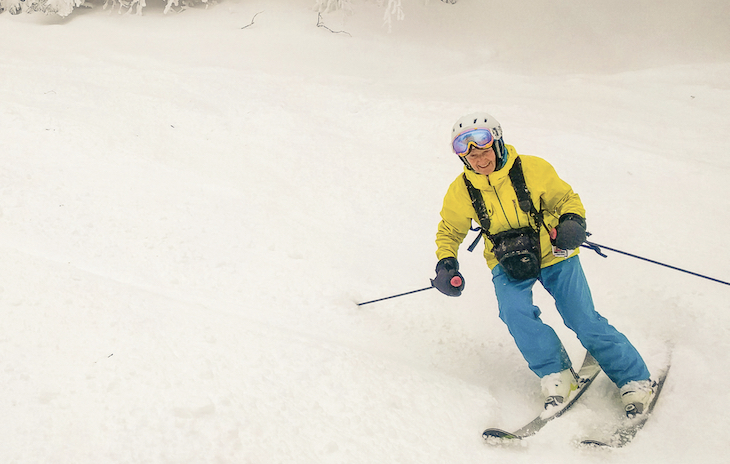 She takes her camera with her, sending photos to the marketing department to fi ll their Facebook feed with live updates.

“That’s my trick,” she confesses, for managing the impact of skiing all day, all winter, on a 75-year-old body. “Taking pictures means I get to take a rest every few minutes.”

She doesn’t conform to any particular workout routine. “I go in the mountains three or four times a week. That’s my training. Winter, spring and summer, I’m always in the mountains, hiking and trekking.

I’m not into jogging or things like that. I tried cycling but I didn’t like being on the road. I would try mountain biking, in the woods. I just don’t like it on the road.”

“Do you have that expression in English, ‘a muse’?” asks Nadya Baron, Mont Sutton’s head of Marketing. “She skis all the black diamond trails on the hill from morning to the end of the day. She’s in such good shape. We just did some touring skiing, hiking up with skis and skins. She equipped herself, and now she’s doing it. When I grow up, I want to be just like her.” 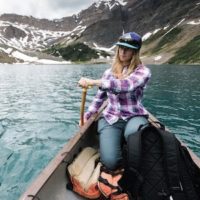 LISA RODDICK: KICKING HORSE’S ADVENTURE KICKSTARTER
All is quiet at noon on Thursday at the Eagle Bump hut on Kicking Horse Mountain, where Lisa Roddick is on mountain safety dispatch, available to guide any late summer via ferrata tours that come her way. A ski patroller since she moved to Kicking Horse seven years ago, Roddick is happy to spend her summer taking the lead as a guide for the via ferrata – she’s trying to minimize her time in the Kicking Horse bike park. “My love in the summer is whitewater kayaking and I’m trying to save my body for that.”… Read more 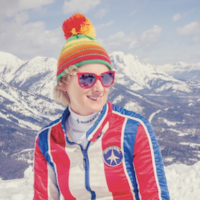 SUE BOYD: FERNIE’S PRIME MINISTER OF THE STATE OF SNOW
Sue Boyd has skied almost every winter of her life since she could walk. Fifty-six years, and almost as many seasons, working and skiing five to seven days a week, in rain, hail, and puking storms, and she still loves it. “I loved skiing even as a child,” says Boyd who grew up at her family’s ski hill, Tillicum Valley, just outside of Vernon. The day lodge had a family room for the five Boyd kids, where they were supposed to do their homework while night skiing operations went on outside…. Read more