Momentum is the lifeblood of a resort—not snow, good press, or lift capacity, or even après—but the force that makes arcing into a turn the most exhilarating sensation your body can chase. The current that pulls people from modest little towns and traffic churning cities to unload their cares at the foot of a Canadian ski town and to catch a whiff of the expectations that lies ahead. The invisible energy that makes resort towns more than their best runs and brightest rippers, big claims and vital statistics.

This small handful of unsung and inarguably rad individuals are just a few of the people among us who have insisted with their passion and positive energy that the mountains be a place in which they can contribute meaningfully—knees deep, elbows deep, in the thick of it. Their actions give us all permission to shape the contours of our days, with snow and stoke, and a healthy dose of exhilaration. This is Part 5 of a 5 Part series dedicated to women making a lasting imprint on mountain culture in Canada.

When Chili Thom, Whistler’s favourite artist, was sick with cancer, Heather Paul, the Chair of Arts Whistler had a 1 a.m. brainwave. She’d engineer a dedicated exhibit at the brand new Audain Art Museum, with its Emily Carr paintings and multi-million-dollar art collection, to feature an untrained grassroots local artist.

The Audain agreed. When Thom passed away, Paul led the charge, curating a retrospective exhibit of Chili Thom’s life work, teasing pieces of art out of personal collections from all around the world.

On opening night, more people filled the new art gallery’s foyer than the building had yet seen. Feet Banks, as compére, was braced for an emotion-laden night, trying to focus on what he had to say. He launched into a welcome. “My name is Feet Banks and Chili Thom was my best friend.” And then Boom!

“The earth shook,” says Banks, “like a gas truck had exploded outside. The whole building was rocked. It was impossible not to notice. That it happened exactly when I said Chili’s name—at the opening of his first full-solo museum show—it wasn’t hard to imagine that maybe it was him, letting us know he was right there, thankful and proud.”

Paul speculates that the building’s foundations settled under the load of the crowd. “Science would say it had to do with the load on the building. Art would say that Chili rustled up Salvador Dali and Emily Carr to make a collective statement. My ambidextrous brain believes in both.” Paul says she has an ambidextrous brain because her hemispheres are equally adept—an IT analyst and theatre creator—she’s a proud misfit in every world she inhabits. “I’m the odd theatre person who doesn’t like to hug, and the odd tech person, because I’m overly outspoken. Mostly because I’m a girl.” Meaning, whenever she’s at a Microsoft Conference, she’s the only person who doesn’t have to line up to use the washroom. 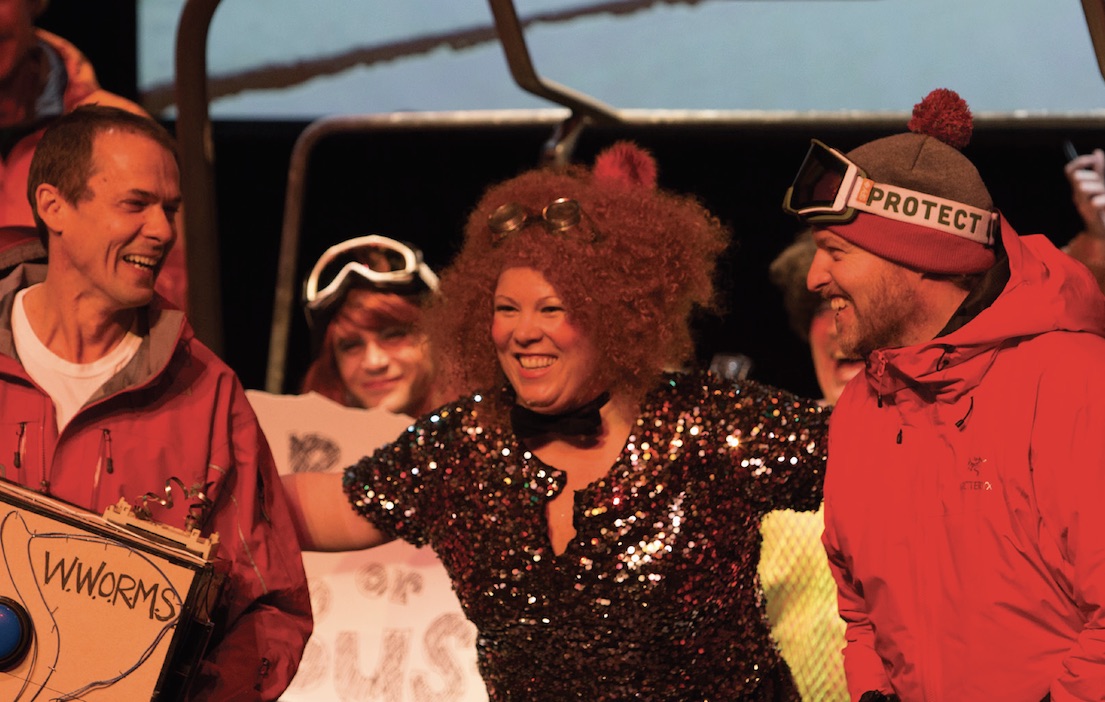 But it’s that ability to bring two hemispheres together that has 43-year-old Paul, Whistler’s 2017 Citizen of the Year, poised to help transform Whistler culture. She wants to move sport and arts out of their silos. She’s doing it at the helm of Arts Whistler, with the force and clarity of her vision, but also, as a creator, delivering eulogies in a tutu and furry hat, or inspiring attendees of fancy Gala fundraisers to come in costume, or crafting a piece of Christmas theatre that has a who’s who of local pro athletes calling her up, looking for tickets.

The Christmas play, “Dave Brownlie’s Day Off”, a spoof of “Ferris Bueller’s Day Off”, imagined what would happen to Whistler Blackcomb if the CEO disappeared for the day. To make it happen, she secured a meeting with Brownlie, Whistler Blackcomb’s then CEO and CFO, and made her pitch. It was, in essence

“I’m the odd theatre person who doesn’t like to hug, and the odd tech person, because I’m overly outspoken.”

“I wrote a play. We’re going to make fun of you. We want you to be in it.” Two years later, Brownlie confesses to his trepidation at her invitation. Not to mention, the stage fright was extreme. “I’m terrible,” says Brownlie, an athlete and finance whiz. “If drama and acting are on one side of the spectrum, I am on the opposite end. I was way out of my comfort zone. But a resort’s culture is something we all need to work together on and be aligned on and support each other on.”

Paul couldn’t have scripted the line better. This summer, Dave Brownlie retired. Whistler Blackcomb named a ski run in his honour. They called it “Dave’s Day Off,” and Heather Paul’s fairy wand shivered with delight. 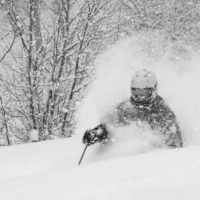 JOCELYNE TRUDEAU: MONT SUTTON’S MISS METÉO
“For a retired woman, I’m quite busy,” says 75-year-old Jocelyne Trudeau, in her French-inflected English, in between appointments and packing for an African safari. More widely know as “Miss Metéo” (the Weather Girl) on the slopes of Mont Sutton, Trudeau has been the voice of Sutton’s snowphone, and the beta-gatherer behind it, since her retirement from the City of Montréal 28 years ago… Read more