Like his life, Shawn Hunt’s art is a study in contrasts. Country life versus city living, mountains versus ocean, carvings versus paintings, simplicity versus complexity, traditional versus contemporary and family versus self.

However, it’s never been about “versus” as conflict. For Hunt, a Heiltsuk artist born and raised on the Sunshine Coast, the juxtaposition has been about creating art that resonates beyond the sum of its opposite components. And his family roots have always led the way. 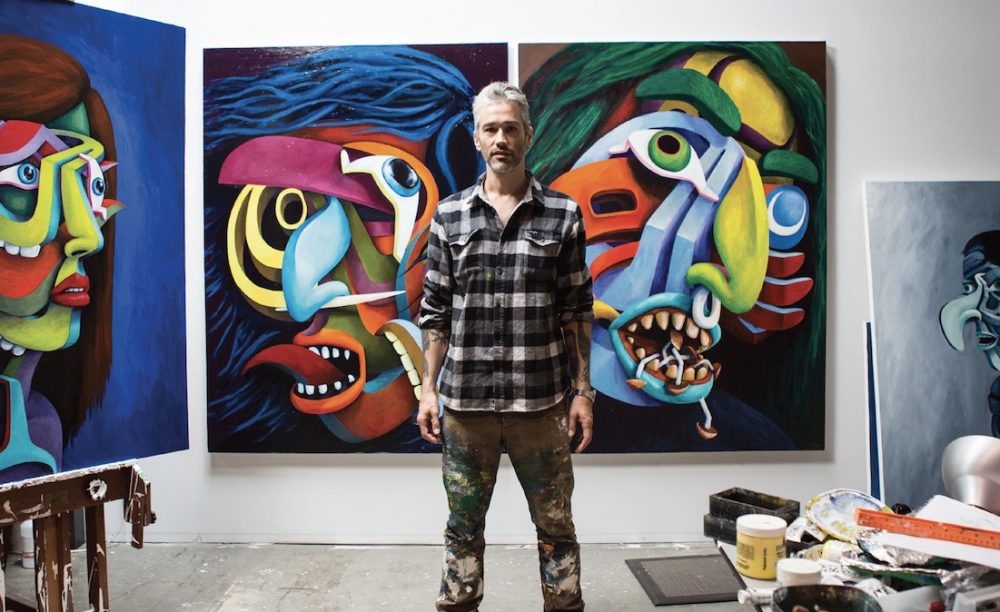 “If my work seems to be an expression of contrast, then it is probably because I myself am a contrast at my very core.”

“My father is Heiltsuk, from Waglisla [Bella Bella on the BC North Coast] and my mother is of Scottish descent from Langham, Saskatchewan,” says Hunt. “Besides both these two places being very small, they couldn’t be more different. So, my upbringing is from two contrasting cultures, two very different worlds. I always felt like a part of me belonged to both cultures, while another part of me didn’t feel like I fully belonged to either. When I was young, this dynamic was confusing and at times caused me a lot of anxiety. As I got older and more serious about my work, I realized that it was in these contrasts where I felt most comfortable. I began to feel more powerful, where at times, as a child, I felt powerless. If my work seems to be an expression of contrast, then it is probably because I myself am a contrast at my very core.” 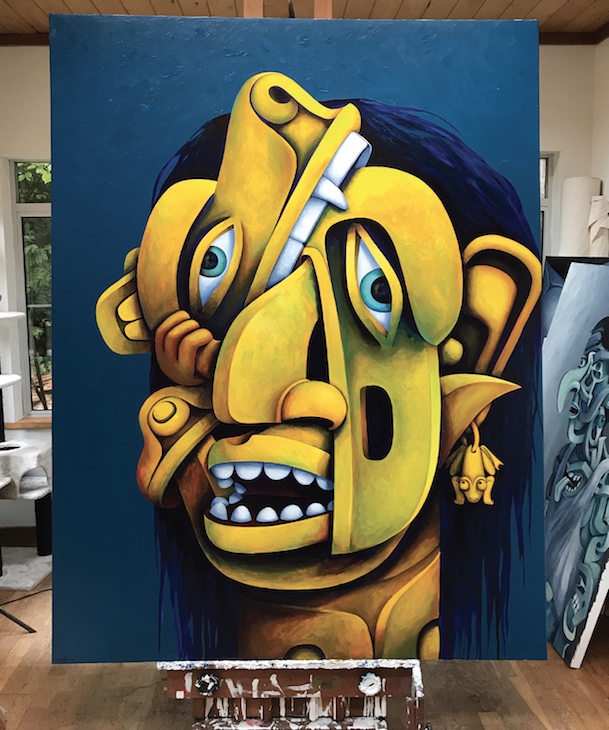 One consistency is nature. Childhood winters spent skiing and snowboarding with his family in the Coast Mountains helped to shape and influence Hunt’s character. As a young man growing up within the Heiltsuk Nation, his backyard consisted of west coast wonders like towering Douglas firs, western red cedars, thick carpets of lush green moss and plentiful wildlife. The mountains were a blessing that helped him imagine and create.

In 1994, at age 19, Hunt began carving and started to apprentice with his father, Heiltsuk artist Bradley Hunt. The next four years were spent getting to know his tools and his hands, and sculpting hundreds of pieces of art; masks, totem poles and jewellery. To further his passion, Hunt turned to higher education and earned a diploma in Studio Art from Capilano College and a Bachelor of Fine Arts degree from University of British Columbia, where he majored in sculpture and drawing.

For much of the past decade, Hunt has spent less time carving and now specializes in what’s known as formline art, a feature in the indigenous artworks of the Northwest Coast of North America. Formline is distinguished by the use of characteristic shapes referred to as ovoids, U forms and S forms. The term was first coined by Bill Holm in his 1965 book Northwest Coast Indian Art: An Analysis of Form. “Formline,” Holm writes, “is the primary design element on which Northwest Coast art depends. Formlines are continuous, fl owing, curvilinear lines that turn, swell and diminish in a prescribed manner.” 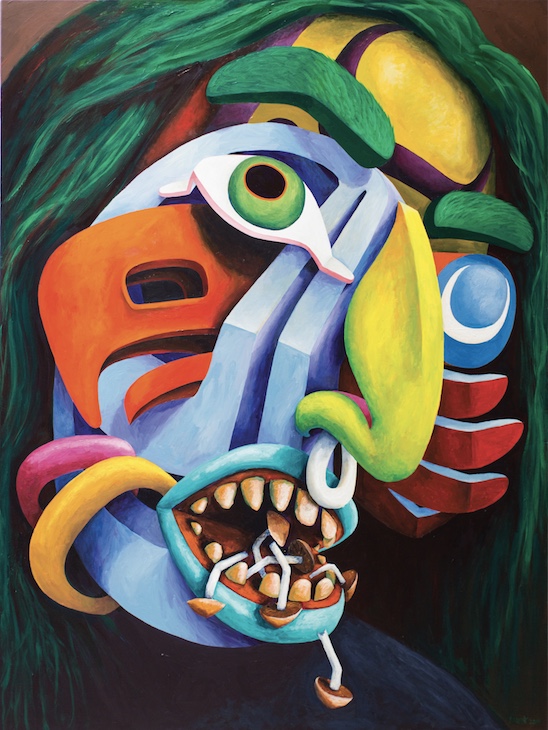 “Formline is the primary design element on which Northwest Coast art depends.”

Hunt’s career has turned and swelled as well. “I feel as if I am constantly changing and evolving as an artist and as a person,” he says. “I’m always trying to better myself and my work never stays static. It feels more like an evolution. I often play off of the idea of shape shifting, because that is quite literally what I do—I move shapes around. Whether it’s formline design or non-formline assemblages in sculpture or paint; I move around the traditional shapes, shifting them both in their placement as well as pushing the perceived limits of their form.”

Hunt’s work stands out for the integration of this traditional First Nations style into modern pop culture references. This adds reliability to his unique style and makes the viewer look, and think, more deeply. 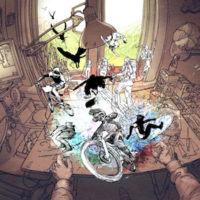 ARTIST PROFILE: DAVE BARNES — THE WARFARE OF PERCEPTION
Dave Barnes is a visual artist, but at the moment he’s sipping whiskey and pondering the other senses, especially sound. “I think it was the Romans,” he says, “in battle they would drill these 3-millimetre holes into little wooden beads and shoot them at the enemy. The sound of these beads whizzing and zinging past their heads; it made everyone reassess their commitment to the cause. The Romans didn’t have to hit you to win, they just had to make you think they could.”… Read more