To say the University of British Columbia’s Varsity Outdoor Club (VOC) played a role in shaping Coast Mountain outdoor culture is a gross understatement. For 100 years, the club has skied, climbed, hiked, paddled, biked and bungled across and into the deepest corners of the region and is linked to a huge number of significant local outdoor/adventure achievements. This winter marks the VOC’s one hundredth anniversary and to celebrate a century of “antics, epics and escapades” the club has published a coffee table book by that same name. 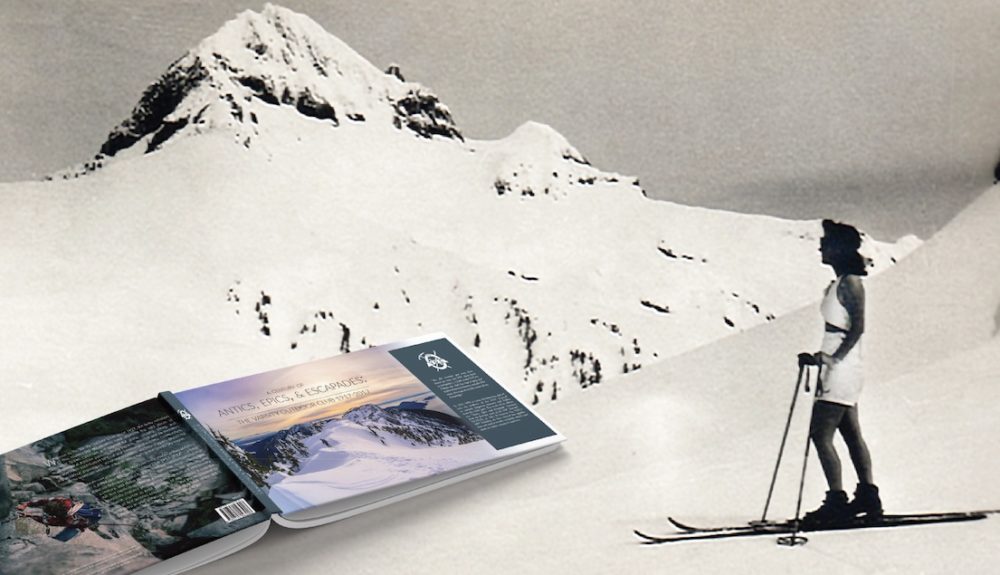 “It wasn’t just an amateur student club,” explains Vincent Hanlon, a VOC member and part of the team that compiled the book. “In the 60s, club members made the most comprehensive mountaineering map of Coastal BC and were climbing up to 60 first ascents per summer.”

Over the years, the VOC also pioneered a lot of the most popular and ambitious ski traverses in the area and helped develop Squamish as an international rock climbing destination. Members of the club founded Mountain Equipment Co-op (MEC), wrote core climbing, skiing and hot spring guide books of the region, and built a dozen backcountry cabins. But the club’s most influential (and least lauded) achievement may be a century of leading thousands of wide-eyed beginners into the outdoors, igniting lives stoked by outdoor enthusiasm.

Vincent estimates the special edition book contains stories from over 100 authors, all woven together with stunning vintage photographs to capture ongoing mountain culture themes while relishing the diversity of times and people. There’s no such thing as a boring story with the VOC and even potentially dry topics like hut-building are filled with hearty characters and hilarious mishaps—the Neve Hilton cabin was accidentally dropped from a helicopter and smashed on the rocks below, the Brian Waddington hut was built too heavy to be transported with the available budget, and Brew Hut went missing for five years under deep snow.

“In the 60s, club members made the most comprehensive mountaineering map of Coastal BC and were climbing up to 60 first ascents per summer.”

Antics, Epics & Escapades is a history of the VOC, but it also follows the evolution of mountain sports in the Coast Range, from the huge changes in technology to the lack of change in human nature. Trips from the 1920s, 60s or 90s contain much of the same kind of tomfoolery and misadventures, along with an unfaltering inclusivity and devotion to spreading a passion for the wilderness with newcomers.

One of Vincent’s favourite tales in the book recounts the initial completion of the Spearhead Traverse from Blackcomb to Whistler. In 1964, four VOCers pioneered the route before the days of ski lifts, or even a road linking Vancouver to Whistler. After bagging some first and second ascents, inaccuracies in the group’s map sent them on a large detour off-route to avoid non-existent cliffs. Later, a storm left them tent-bound for two days. Despite these setbacks, the party arrived in Whistler seven days after they had left, minutes to spare before their 7:20 p.m. train home. They highlighted the magnificence of the traverse and suggested that the planned ski resort would “make gaining the initial altitude much more enjoyable.” Today, hundreds of bright-coloured ski tourers complete the trip each season – without a clue why ‘Detour Ridge’ is named so.

For more, check out ubc-voc.com/varsity-outdoor-club/book 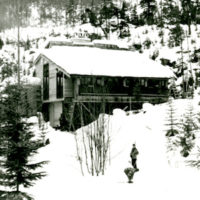 DODGING THE BULLDOZER: THE RESURRECTION OF THE WHISTLER LODGE
Falling out of fashion like the long, skinny skis that once lined its patio, The Whistler Lodge was on its deathbed last season. Having tumbled into disrepair, the lodge, one of the last remnants of Old Whistler in an otherwise modern resort town, had become a prime target for demolition in a saturated real estate market. But thanks to a local couple, the former (and legendary) UBC Lodge, not only dodged the bulldozer, it’s now thriving…. Read more