Ah, the classic Rochambeau or Rock, Paper, Scissors—decider of the ages, sending snowboarders on first runs and first hits since the birth of the snowboard.

Watch what happens when the Manboys play a quick round in the Whistler backcountry. Featuring Jody Wachniak,  Matt Belzile, Rusty Ockenden, Chris Rasman, and John and Eric Jackson. 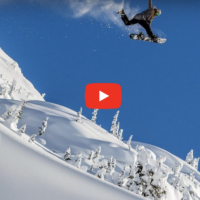 THE MANBOYS ‘SOMETHING’ EPISODE 1: ‘WE DID IT WITHOUT GAS”
The first official episode of ‘Something’ with The Manboys. Now in its fourth season, the Manboys are laying down the same classic Whistler backcountry ripping we’ve come to expect from our favourite shred crew. Featuring: Eric Jackson, Matt Belzile, Rusty Ockenden, Chris Rasman, Jody Wachniak and John Jackson…. Watch video