Momentum is the lifeblood of a resort—not snow, good press, or lift capacity, or even après—but the force that makes arcing into a turn the most exhilarating sensation your body can chase. The current that pulls people from modest little towns and traffic churning cities to unload their cares at the foot of a Canadian ski town and to catch a whiff of the expectations that lies ahead. The invisible energy that makes resort towns more than their best runs and brightest  rippers, big claims and vital statistics.

This is Part 1 of a 5 Part series dedicated to women making a lasting imprint on mountain culture in Canada.

All is quiet at noon on Thursday at the Eagle Bump hut on Kicking Horse Mountain, where Lisa Roddick is on mountain safety dispatch, available to guide any late summer via ferrata tours that come her way.

A ski patroller since she moved to Kicking Horse seven years ago, Roddick is happy to spend her summer taking the lead as a guide for the via ferrata – she’s trying to minimize her time in the Kicking Horse bike park. “My love in the summer is whitewater kayaking and I’m trying to save my body for that.”

That body has 33 seasons of adventures under its belt, including a decade as a river and rafting guide. After school, she contemplated taking a degree in theatre, but zagged, instead of zigging, into a two-year college diploma in Outdoor Adventure instead. 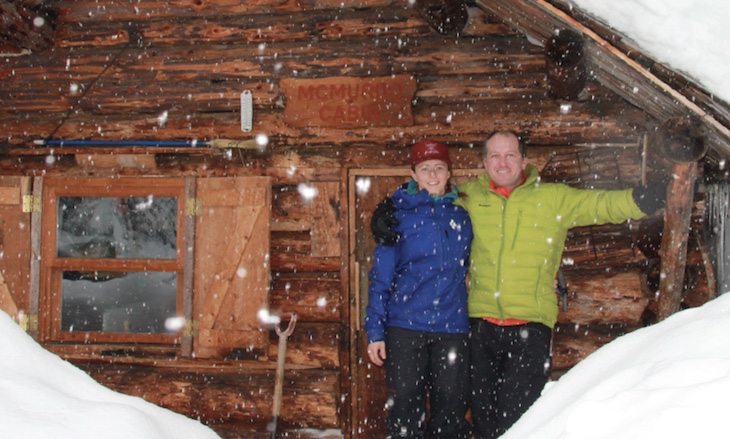 “I’m still putting on a show every day,” she says, contending that the two paths aren’t all that divergent. “It’s easy to get into character of super stoked happy guide when your guests show up and they think they’re in the most beautiful place in the world and about to do the most epic thing they’ve ever done in their lives. It’s pretty infectious.”

Last winter, her own infectiously extroverted ways (“I really like organized fun”), saw her take on the role of Trivia Night co-host, with a fellow patroller, at the local bar, carrying on a Tuesday night tradition from the Kiwis who had spearheaded it the previous year. “It got wildly popular,” says Roddick. Standing- room only. And, seriously competitive. “There’s a $50 bar tab on the line.” She can’t decide which is more fun—hosting, or being part of a team with eyes on that beer.

In the seven years since Roddick joined the team as an entry-level patroller, she’s done her blasting ticket, become a paramedic, joined Search and Rescue, helped install the via ferrata and completed her CAA Level 2.

“Oh, she’s competitive,” says Mike Rubenstein, Kicking Horse Mountain Resort’s Area Manager. “And she’s really embraced the chance to excel in the Mountain Safety program.” In the seven years since Roddick joined the team as an entry-level patroller, she’s done her blasting ticket, become a paramedic, joined Search and Rescue, helped install the via ferrata and completed her CAA Level 2. “She’s now one of our senior patrollers.”

For Roddick, competition and fun are good dance partners. In 2014, when Roddick, fellow patroller Jamie VanDrunen and another friend signed up for Montana’s Bigfork Whitewater Triathlon Paddle/Bike/Run, Roddick’s priorities were apparent. Her race leg was the opening 6.4 km paddle of the triathlon—the first leg upstream, the second half back down.

“We were late,” remembers VanDrunen. “We rolled up as the other boats were being told to get set and go.” The women battled to unload Roddick’s little playboat from the roof of their vehicle and get it into the water. “She starts to chase after the rest of the field and in true Lisa fashion, starts passing people. Then she stops along the way to help a few people who were really struggling.”

One woman was battling to eddy out, on the verge of abandoning the whole enterprise. Roddick interrupted her race to offer a little bit of technical coaching.

“She’s helpful to everyone,” says VanDrunen. “She is the biggest advocate for the paddling community that I know. She is always willing to take beginners out on the Kicking Horse River, or instruct, lend equipment, organize the shuttle. I think a lot of people would say she helped get their kayak careers started.”

In spite of it all, their team came first. “I think it was because we were the only ones in the ‘three females over thirty’ category,” jests VanDrunen, downplaying any sense of accomplishment. It was just another adventure. 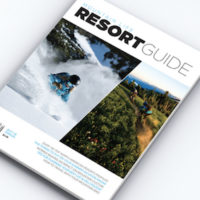 Canada’s most informative all-season resort publication is back. From the hot summer days of bike parks, paddling and fishing to the deepest and most memorable winter epics on the mountains — our resort guide is the source for your next resort getaway. Available to read online now. Or order a hard copy from our store to your door.