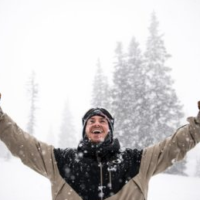 SEAN PETTIT’S FULL 2017 PART WILL SEND YOU TO THE TUNING TABLE
If there’s one video part on heavy rotation here these days, it’s Sean Pettit’s 2017 reel. If this doesn’t make you want to wax the planks and start planning this season’s lines, we don’t know what will. “Probably one of the most fun winters I have ever had. Friendly rippin’ to all.” ….Watch video