My wife is always the first person to hear every shortsighted idea I have. She thought the romanticism of this story was too fluffy. Collecting water from waterfalls and brewing beer with it? Lame! And no one would want to drink beer made from unfiltered river water. 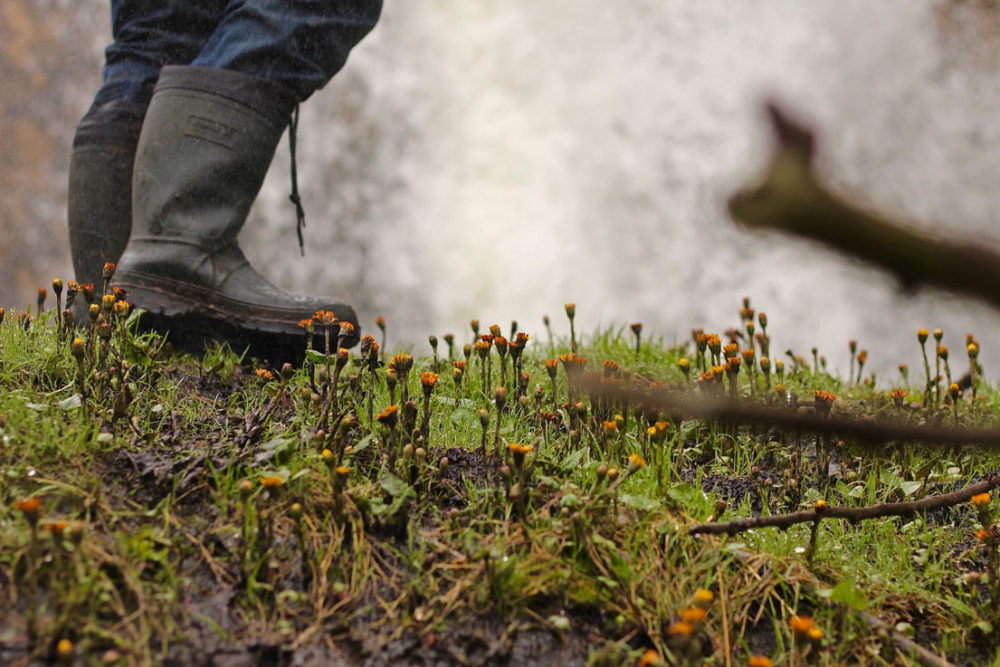 Nevertheless, signs kept coming over the years. Late this spring, spurred on by the close proximity of some of the best craft breweries in the province; a Craft Beer Trail curated by Grey County; the largest organic hops producer in Canada; and the hydrological wonders in our backyard, the idea was simply too perfect to ignore any longer.

Not many places can boast 10 waterfalls so close to one another, let alone the fact that all of them flow towards the single largest surface freshwater supply on earth. Grey and Bruce counties are also steeped in a history of prohibition and bootlegging. My beloved Owen Sound was one of the last dry cities in Canada, finally loosening its grip on booze in 1972. The prolonged ban of alcohol in the Corkscrew City was thanks to a particularly raucous reputation. 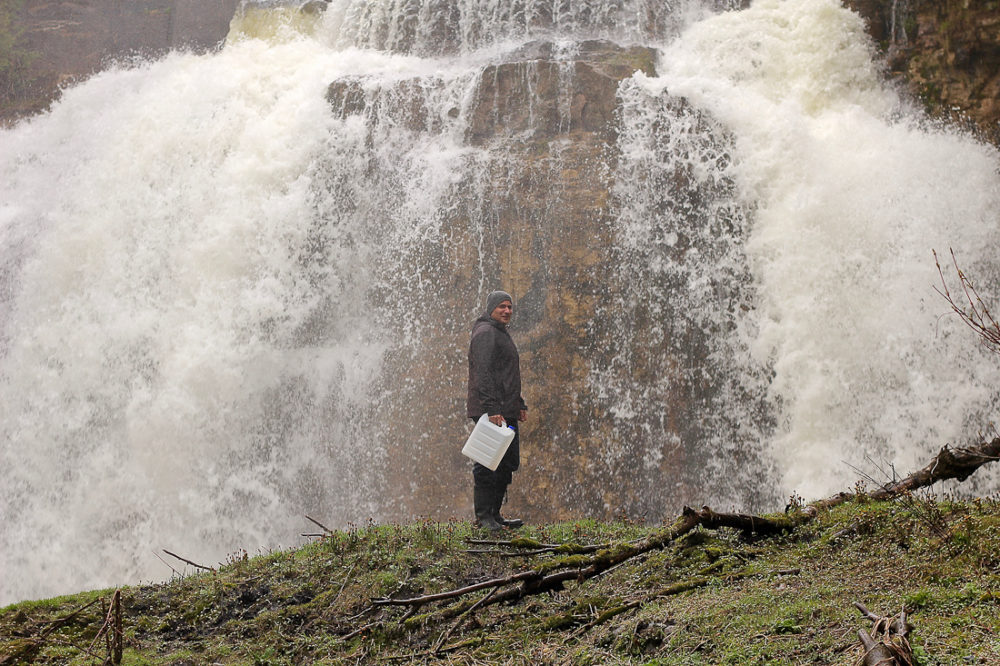 Combining the Grey County waterfall tour with the premise of the County’s Saints and Sinners: Bootleggers’ Run Trail, our U-Brew Trail is a 150-kilometre trek through much of Grey County and into Bruce. We drive, hike, haul jugs of water up ravines and rock faces, enjoy a plethora of boot soakers, and revel in the fact that somehow we’re technically still in southern Ontario.

Collecting water from waterfalls and brewing beer with it? Lame! And no one would want to drink beer made from unfiltered river water.

Jon ‘Papi’ Gonzalez is a newcomer to Owen Sound, and an up-and-coming brewmaster. He’s meticulous and calculated when it comes to beer, but isn’t afraid of tossing his scraps into a witch’s cauldron to brew up what he calls a Wild Man Lager every now and then. Flying under the banner of the Half Full Brew Co., his home setup is unpretentious and resourceful, cobbled together with bits of old turkey deep-fryers, kegs, meat thermometers, and power tools. His knowledge and style epitomize the character of a port town etched with the memory of prohibition; a place that won’t let go of its hard-earned DIY ethos. Gonzalez is the perfect man for the job.

We hit the road at 8am with ten empty 10-litre jugs in the trunk. It’s been raining for a week straight. The spring surge of water levels everywhere means the rivers are flowing fast and hard. First up is Sauble Falls in Bruce County, a lengthy cascade that empties into Lake Huron. Then comes a hefty drive through Grey’s heartland, south to Durham’s McGowan Falls. Then Hoggs Falls. Then Eugenia, Webwood and Walter’s Falls. 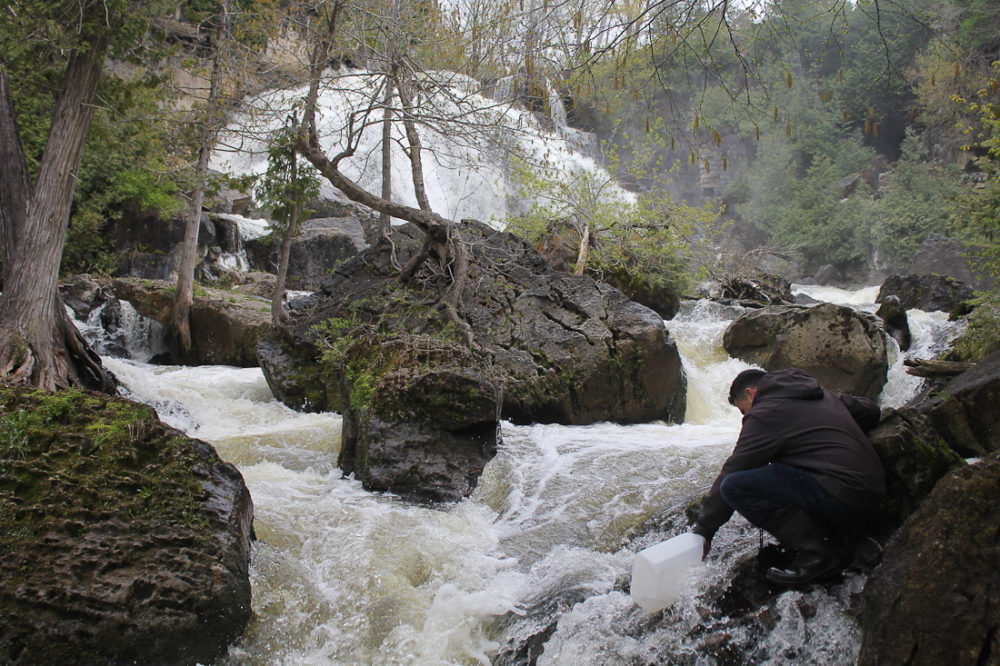 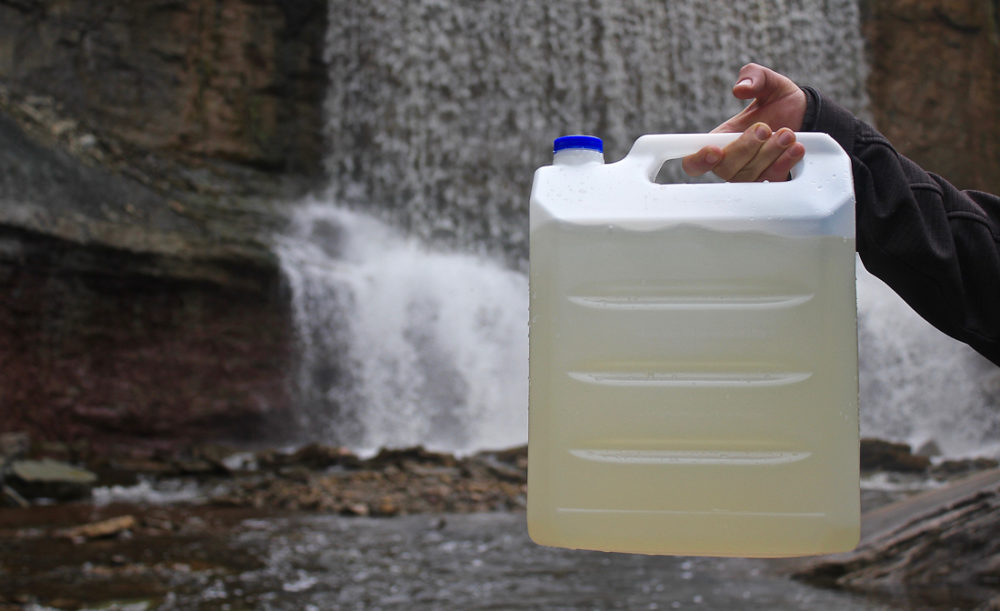 By 2pm we’re soaked to the bone and eager to call it a day. The following day we finish with Inglis, Jones, Weaver’s Creek and First Nations Falls (formerly Indian, but it’s 2017, folks).

Not many places can boast 10 waterfalls so close to one another, let alone the fact that all of them flow towards the single largest surface freshwater supply on earth.

Water aside, the details of our 10 Falls Amber Ale begin coming together. Gonzalez pays a visit to Nicholas Schaut, owner and grower at Meaford’s Big Head Hops (Canada’s largest organic producer of Humulus lupulus) who ponies up some fresh Cascade, Chinook, and Centennial hops from his private stash. Next we secure local honey from Desboro’s Grey Bruce Bee Products. We’re using a combo of Canadian 2-row malt, Munich malt, TF Amber malt, and Crystal 150. Yeast comes from Guelph’s Escarpment Labs. And Ian Leis from Guelph’s fledgling Ward 1 Brewing Co. is on hand to use the remainder of the water to brew a hop-heavy, juicy Black IPA with lesser-used techniques like hopping both the mash and the first wort to hit the kettle. 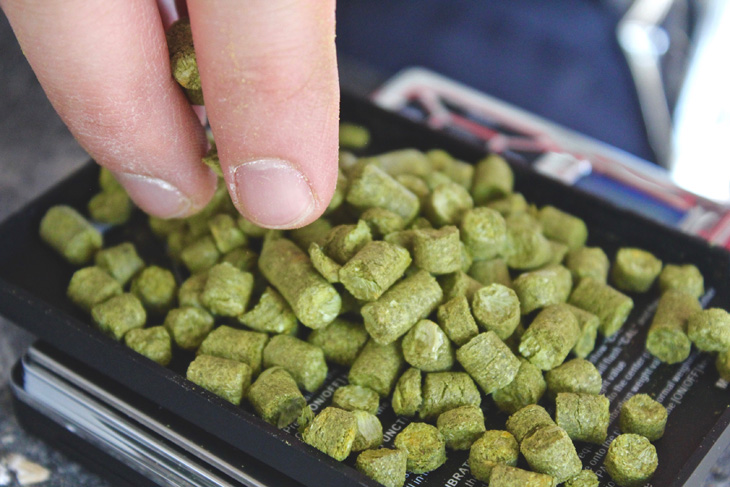 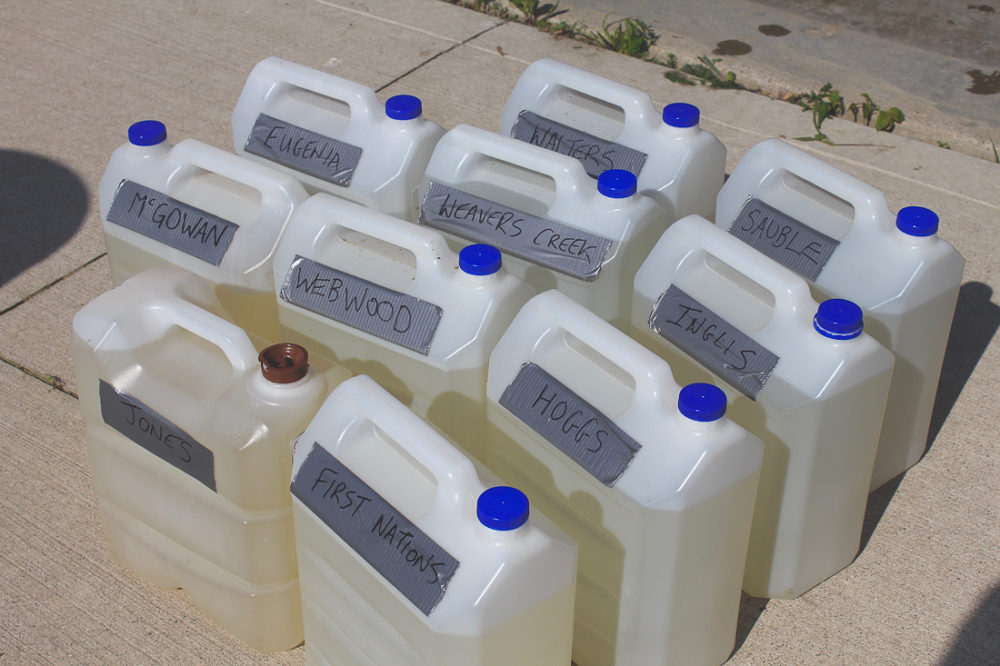 “The black factor was an idea just to try something new. You want to pick a grain that won’t affect the flavour too much, just darken it up,” Leis says. ”We’re even adding hops in the whirlpool while cooling.”

At the time of publication, both brews were nestled up snugly, fermenting away to become what we hope will be a half-decent brew with its parts all hand-collected from our watershed.

Having the opportunity to explore our backyard and gather the ingredients for a custom brew makes us thank our lucky maple leafs that we live where we do. During our tour we’d routinely look up at the torrent of whitewater cruising over the Escarpment lip and laugh at the prospect of what we were doing, awestruck at the odds of its plausibility. Think about this: 10 waterfalls in our backyard. Incredible scenery. Hiking. Organic hops. Local honey. Local beer. All right here.

10 Falls Amber Ale Tasting Notes
“The 10 Falls Amber Ale comes to the table with a deep amber hue, and a warm and toasty malt aroma that’s masterfully balanced by the bitterness of local organic hops. With hints of fresh cut grass, baked bread, and citrus zest on the nose, along with a subtle nudge of earthiness to the back of the throat, it’s an unfiltered masterpiece of biotic rawness and estuary surplus. It somehow turned out to be one of the nicest tasting home-brews I’ve ever had the privilege of drinking, despite it being born of runoff roots. A true testament to the freshness and cleanliness of our local waterways.” –Jon ‘Papi’ Gonzalez 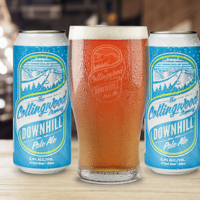 BEHIND THE BEER: COLLINGWOOD BREWERY’S CHRIS FREEMAN
The Collingwood Brewery is set between the natural wonders of The Blue Mountains and Georgian Bay. Just like the community, The Collingwood Brewery shares a passion for the best things in life: family, friends, hard work, fun and beer. From their brewhouse to your table – these folks are dedicated to producing only the freshest, all-natural beer… Read more 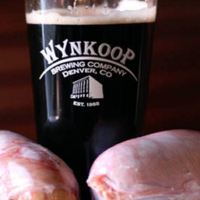 SEVEN CRAZY CRAFT BEERS
A long, long time ago there were no crazy craft beers. There was instead the Reinheitsgebot: the Bavarian Purity Law that stated that beer could only contain water, barley and hops (they didn’t know about yeast way back in 1516). But we’ve come a long way since then. With more craft breweries than ever, there are more brewmasters than ever, and more ideas than ever.. Read more