It’s hard to get any more raw than 100 seconds of hauling ass—no soundtracks, no effects or fancy footage—just pure grit as Brandon Semenuk lays waste to this slopestyle course. Enjoy. 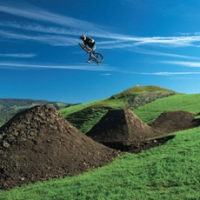