“Humans have evolved to use cannabis as medicine,” says Richard Gillman. This is quite a statement, and everyone in the Coffee Bar lounge of The Barn Co-operative, between Meaford and Thornbury, Ontario, listens intently. Gillman, a consultant and adviser with Canadian Cannabis Clinics (CCC), explains that receptors in our brain synthesize the compounds in cannabis and provide relief for anxiety, pain, inflammation, and many more afflictions.

It’s a Saturday morning and I’m nursing a coffee during a Q&A on medicinal cannabis. As Gillman talks I take note of the crowd: a good number of seniors, a teenaged boy and his mother, a middle-aged woman beside me on the settee sipping on a chlorophyll drink. I can’t pigeonhole this crowd as belonging to one segment or another. It is a crowd you might see at a matinee, a church luncheon, or a jazz concert.

Gillman begins by sharing his health history. “I’m also a patient. I was taking 12 pills a day for some pretty serious ailments. I have type-2 diabetes with neuropathy in my feet. But today it’s gone—my doctor can’t explain it. I can’t explain it. But even she now believes it was medicinal cannabis.” Gillman explains that his family doctor did not at first believe cannabis was a legitimate medication and refused his request for a referral to a clinic for a prescription. “I had to go the self-referral route,” he says. (Self-referral means taking your medical records to a CCC doctor who will then assess your case.)

Gillman consults for CCC nationally and for Dr. Linda Morel’s CCC-affiliated clinic, Mind Body Spirit, in Collingwood. The Clinic is not a dispensary. The doctor will provide assessments of patients with referrals, while consultants such as Gillman help patients find a licensed dispensary or grow pharmacological strains. (After registering with Health Canada, patients can legally grow their own or designate a grower.)

“We don’t call [cannabis] a cure for anything,” Gillman clarifies. “It is not a cure for cancer, but I believe it has the potential to put cancer into remission.”

Alongside the success stories, one topic can’t be avoided: stigma. One of the most common names for the plant—the obscure Mexican-Spanish slang marijuana—took hold in the 1930s just prior to U.S. prohibition, thanks to an FBI tactic to stigmatize cannabis by labelling it as Mexican and thus illicit according to the systemic racism of the day. Today, few in the medical community use the term, preferring the Latinate plant genus name.

Gillman illustrates ongoing stigma with an anecdote: “I develop and sell medicinal cannabis seeds. It’s legal to sell them in Canada. I put an ad in the Collingwood Buy/Sell offering to sell seeds to those in need, and had a huge reaction, but then somebody reported me on Facebook as “contrary to Community Standards.” I was banned from Facebook for 72 hours. So there’s still a segment of this community that vilifies this plant unnecessarily. But the tide is changing, legalization is coming, and people have friends and neighbours who are medicating with this plant.”

Science is a surefire way to counter stigma, and Gillman dishes out a sampling of current research into the connections between medicinal cannabis and improved health. One example among many is cannabidiol (CBD), one of the plant’s chemical compounds (known collectively as cannabinoids) and its treatment of conditions including epilepsy, arthritis, and schizophrenia. Crucially, CBD is non-psychoactive—unlike another major compound, tetrahydrocannabinol (THC). Specific medicinal strains, as well as preparation techniques, can boost CBD while cancelling THC. “A lot of people don’t realize that they don’t have to worry about getting high,” says Gillman.

“I was banned from Facebook … There’s still a segment of this community that vilifies this plant.”

Near the end of his lecture Gillman calls over Rob Mahy, a Gandalf-like man standing at the Coffee Bar. Mahy and colleagues hold a workshop at The Barn on the second Saturday of each month on how to make medicinal cannabis-infused glycerine tincture, and vegan butter. Mahy’s journey, like Gillman’s, began when he confronted his own health issues. After breaking his back in 2000, Mahy (a master carpenter by trade) found himself unable to function on his doctor-prescribed cocktail of opioids and other pills. “I went to my doctor one day and said ‘I’m not taking any more of these. They’re killing my guts. I’m not sleeping.’” His doctor said that if Mahy wouldn’t take opioids for his pain, he couldn’t help him. “So I became my own primary caregiver. And that’s what we’re trying to tell you. You have to take charge of this yourself.”

After his friend Gary Pallister introduced him to homemade tincture, Mahy began treatment and eventually weaned himself off opioid medication. Today he is in good health and eager to help others experiencing chronic pain and other debilitating conditions.

In search of safe and effective ways to ingest his new medicine, Mahy consulted with Israeli chemist and cannabis researcher Dr. Raphael Mechoulam. “With the help of Dr. Raphael, we’ve tried to work out the chemistry of our tinctures,” says Mahy, explaining that his low-heat preparation keeps THC very low while maximizing other beneficial cannabinoids. “What we do is gentle, gentle, gentle. We keep the temperatures under 185°C, the decarbonization point—that’s when the cells start to change. It’s basic alchemy. We can keep the THC levels around 10 percent. And we get twice as many healers in our tincture.”

Mahy points out that cannabis is a remedy so ancient that its use predates recorded history. Mainstream society is just now rediscovering its curative properties with the help of people like Mahy. “We started this by going back five thousand years.” 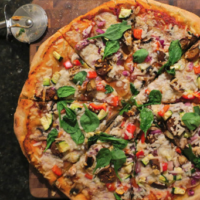 FOOD: HOW TO EAT PLANTS — 6 STEPS TO SPRING-CLEAN YOUR DIET
Spring in the mountains. A time of choice (ski gear or bike gear?) and of lessening the load (swapping the long undies for banana hammocks), but what about our food? It gets easier to sustain ourselves with lighter meals once the warmer temperatures kick in, but spring is also the perfect time for a shift in perspective with the way that we eat… Read more 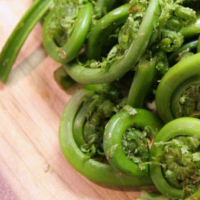 FORAGING FOR BEGINNERS: TIPS FOR UNDERSTANDING THE WILD EDIBLE LANDSCAPE

Ass’s foot? Cough wort? British tobacco? In Ontario, this common weed is called coltsfoot—it grows in ditches, looks like dandelion, and infused into ice cream, tastes like fresh melon. A few summers ago, I foraged in Ireland. Our guide took us to the ocean where we plunged our shovels into the sand dunes and hauled out roots that when mashed created a spicy horseradish…. Read more